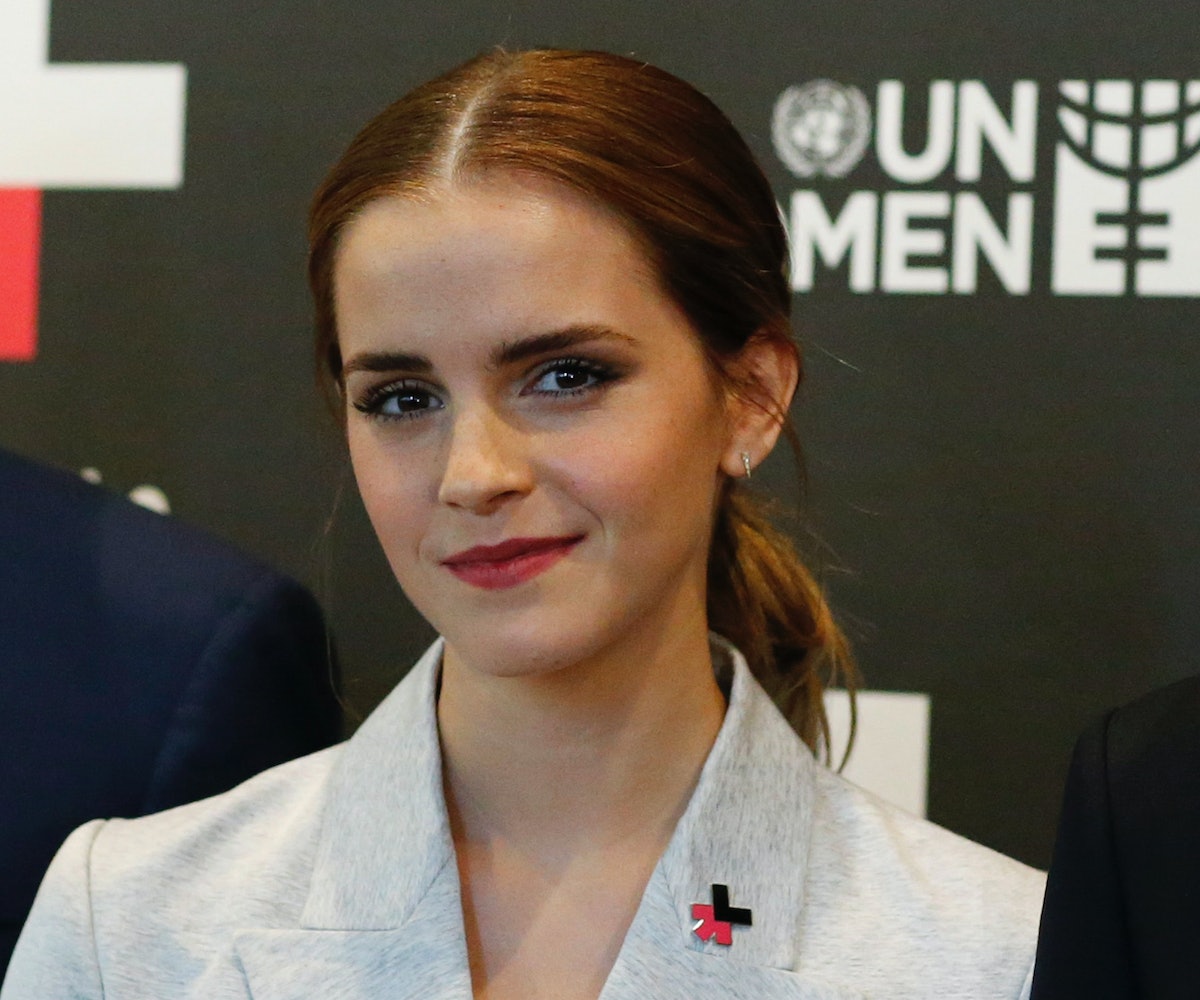 For as much as Emma Watson has been praised for bringing the discussion of feminism to the mainstream with her HeForShe campaign, she has also faced plenty of accusations of being a white feminist who disregards intersectionality. But as it turns out, Watson is completely aware of her own privilege—and she's trying to use her voice to help all women.

When a Twitter user asked Watson if she was a white feminist, the actress responded with an eloquent explanation that she is aware of the need for intersectionality in conversations about feminism, and she is doing her best to become more aware of the difficulties that women around the world face. White feminism implies a failure to recognize that women of color are systemmatically oppressed in more and different ways than white women, and an overall ignorance (or even, at times, a simple dismissal) of their marginalization. While Watson has spoken out on the sexism she herself has experienced in the film industry, she also admits that she lives a very privileged life, and does not experience sexism in the same way that women of color do.

The UN Goodwill Ambassador says that she is using her platform to give others a voice to talk about their own personal experiences, and she is traveling the world to speak to women from all backgrounds to make herself more aware of the difficulties women in different countries face.

Sexism does exist in the unbalanced ratio of male to female directors, but it is so much more than that. And we're glad that Watson recognizes that—while using her platform to give a more inclusive, intersectional approach to feminism.