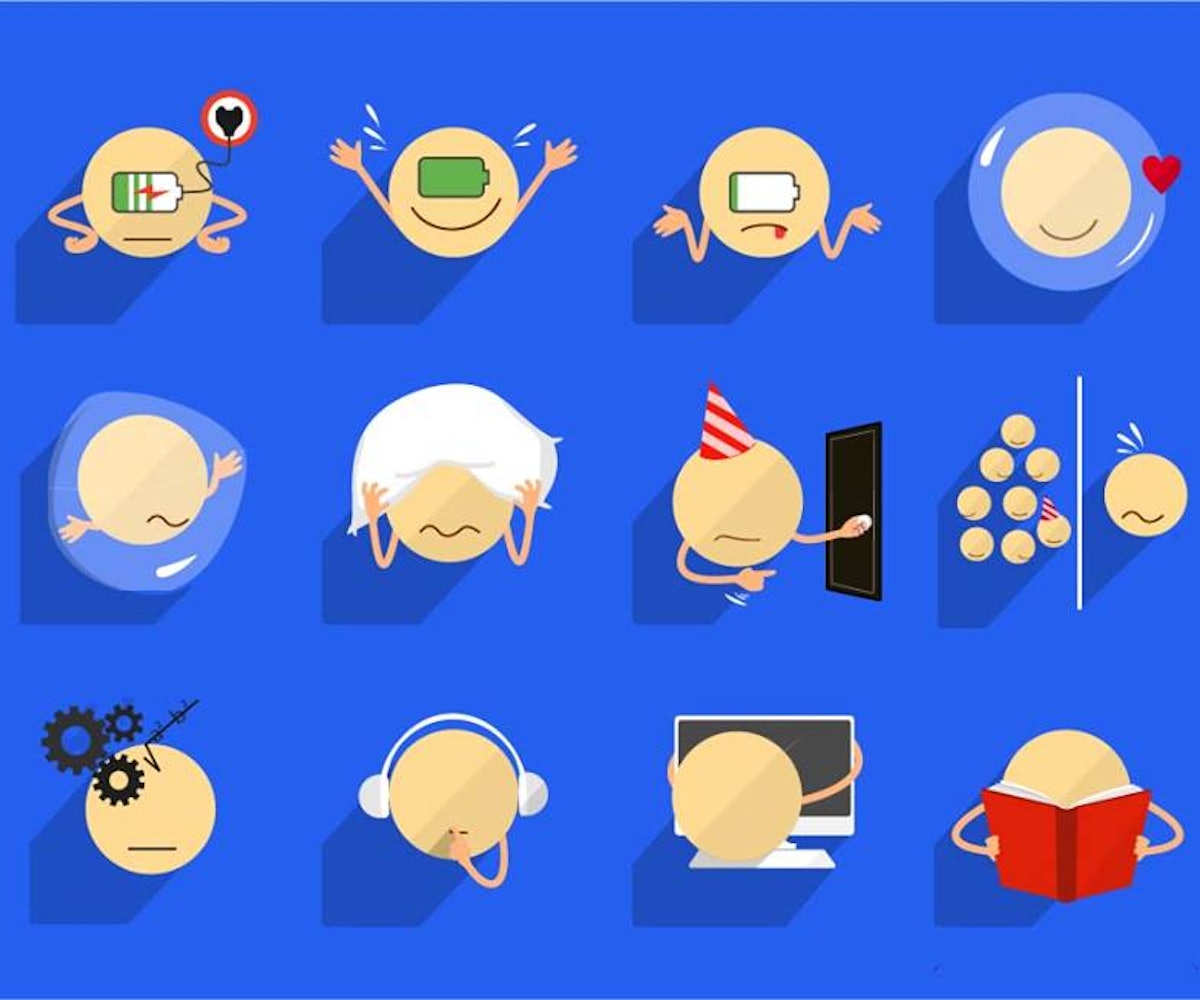 Have you ever wanted to escape into solitude, but just couldn't find the right emoji to express yourself? Suffer no more because designer Rebecca Evie Lynch has invented "Introji," a series of emojis for introverts. And, not surprisingly, they're damn cool.

Lynch created the app shortly after her boyfriend of three years dumped her, insisting that he needed space and time to be alone. “Introverts tend to find the company of others draining," Lynch told Fast Company. "But communication isn't a one-way street. I want my system to be sympathetic to the other person in the equation."

We live in a world where there's an emoji for almost everything, but introji taps into deeper, often unexpressed sentiments. The app is still in prototype phase, so we'll have to wait for the 30 introjis to blow up phones nationwide, but as soon as it launches, it's bound to be a huge hit. After all, even if you aren't necessarily an "introvert," chances are that you have felt some sort of social anxiety.

Instead of sending "I want to leave the party" to your friend and receiving a stink-eye-death-glare from across the room in return, you can use this shortcut.

"While introversion and depression are entirely different things—introversion is decidedly not a disorder—the need to be alone can often be mistaken for depression by others. Having these complex, distinctive emotional states represented in the toolkit can hopefully help clarify the difference," said Lynch.

Apparently, Lynch is also working on another design series specifically for introverted couples to help them find a sense of togetherness. Essentially, you can have your cake and eat it too, with or without the company!