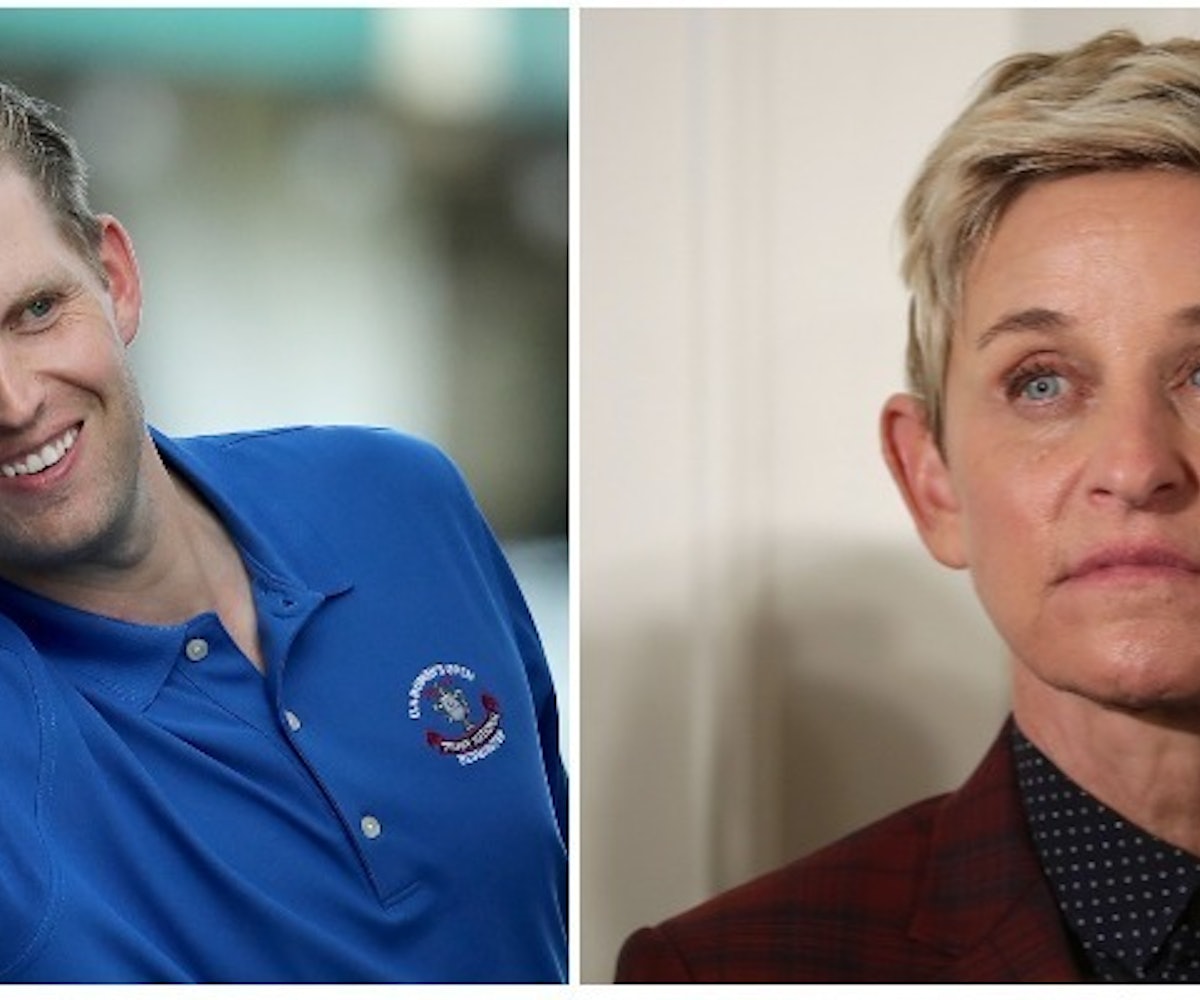 There are two types of people in the world: those who like conspiracy theories and those who don't. And in case you were wondering which group of people Eric Trump belongs to, wonder no longer. He is, no doubt about it, a total conspiracy theorist. Definitely not the most shocking news of today, except that, instead of just believing run-of-the-mill conspiracy theories, like that fluoride is the government's way of performing mind control, Trump is convinced his "who to follow" list on Twitter is part of a vast left-wing plot. Hmm.

On Tuesday, Trump tweeted a screenshot of a Twitter-suggested list of people he should follow on the app, which includes Barack Obama, Hillary Clinton, and Ellen DeGeneres. "Shocking... once again, here are the @Twitter 'suggestions' of who I should follow. #DeepState," he cryptically captioned the photo.

Deep State is a conspiracy theory that his father, Donald Trump, himself has tweeted about before, and follows the notion that a deep-rooted organization is working to undermine Trump's administration.

But people weren't letting Eric get away with the ridiculous accusation and began shading him:

Some even took it a step further and used his theory against him: As told by the President himself, the Deep State theory suggests that people who are supposedly in on it are non-presidentially appointed civil servants, which would make Obama and Clinton ineligible to be part of it.