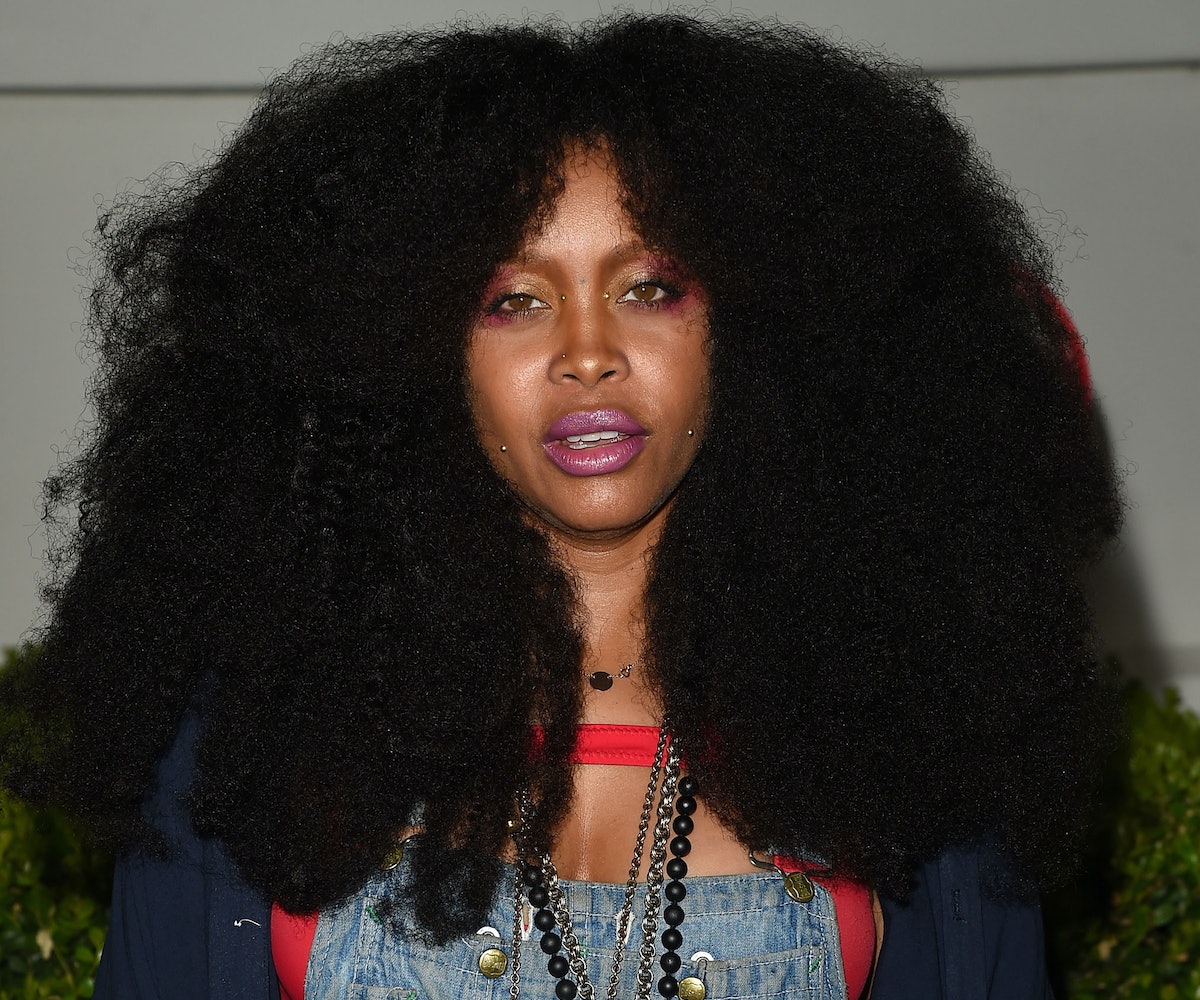 It's starting to seem like that when Erykah Badu makes a comeback, she goes full out. The singer's next project is a starring role in the indie film The Land, which Nas is curating the soundtrack for as executive producer. Directed and written by Steve Caple Jr. and Lizzie Friedman, the movie is about four teenagers from Cleveland set on leaving their hometown to pursue careers as professional skateboarders. Their friendship is put to the test when they all get hooked on a local drug queen-pin.

The film will also feature the varied talents of Machine Gun Kelly, Michael K. Williams, Moises Arias, Rafi Gavron, Kim Coates, Jorge Lendeborg Jr. and Ezri Walker, which is nice. The Land will premiere next month at Sundance Film Festival and we'll give you all the details soon after. Promise.

NEXT UP
Entertainment
Alisha Boe On Relating To Her 'Do Revenge' Character
Life
Unfortunately, An Amber Heard & Johnny Depp Trial Movie Is Coming
Life
Paul Mescal Is A Single Dad In Emotional Aftersun Trailer
Life
A Studio Ghibli-Inspired Cookbook Is Coming To A Kitchen Near You