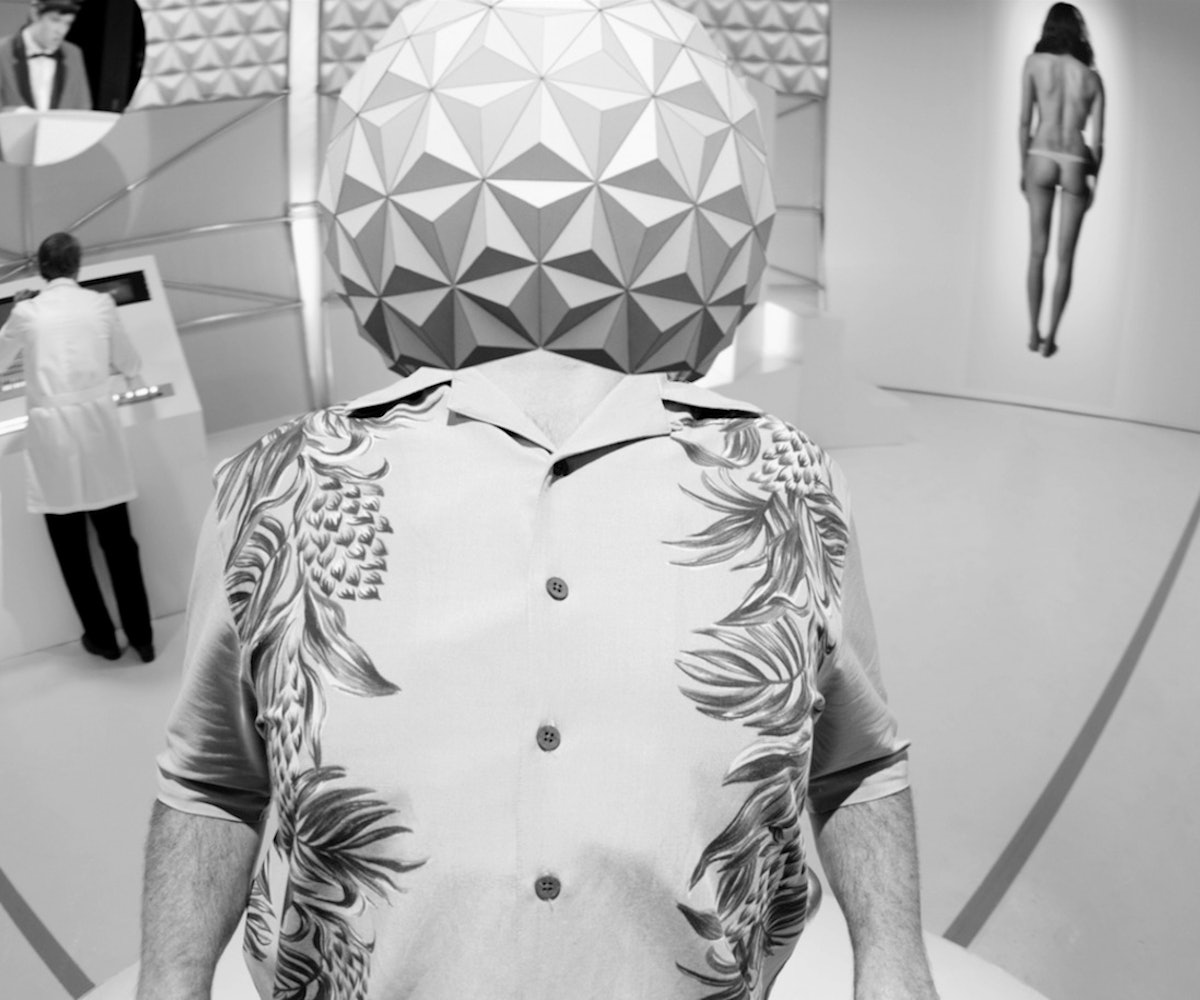 In my life, I've visited Disney World in Florida a whopping seven times. That means I know Splash Mountain like the back of my hand, have ridden It's a Small World too many times to count, and have even been behind the scenes to where the characters' costumes are stored. (Seeing Mickey without his head smoking a cigarette is not what you want to see at 10.) That said, very few things about the park can still surprise me, but Escape from Tomorrow, the debut film from director Randy Moore shot at the Disney World and Disneyland parks with handheld camera and without Disney's permission, is one of those things.

The black-and-white thriller starts off slowly, showing a family's last day at the theme park. The father, Jim played by Ron Abramsohn, loses his job, becomes infatuated with two French teens, and gets in numerous fights with his wife, all while strange, unsettling things start to happen around. As a huge Lost fan, I can say that the first hour of the film plays out in the same style of every season of Lost: you get a lot of clues that something is up, but very few answers or explanations. Also like Lost, the sweeping cinematic shots and eery music will capture your senses, even if you feel utterly, well, lost about what's going on plot-wise.

Once you make it to the hour mark, however, the movie cracks open like an egg. Jim is apprehended by Disney "police," taken inside the orb at Epcot, brainwashed, prodded, and questioned about a "cat flu" that is infecting park patrons. I'd call it more of a Chesire Cat flu, though, honestly, since Jim's symptoms include hallucinations and paranoia--things seemingly more fit for Wonderland than Disneyland.  The whole film feels like a trip to another dimension, one that's part Alice in Wonderland and part The Shining.

Perhaps the most disturbing thing about the film is the statement it's guerilla-style of filming makes: you never know who's watching. I walk through movie sets in New York City every day and probably appear in the background of countless tourists' photos of Times Square, but have tuned out the fact that I might just be an extra in someone else's movie about New York City. That loss of self-ownership is what will really keep you up nights.

Escape from Tomorrow premieres in select theaters and on iTunes tomorrow, October 11.