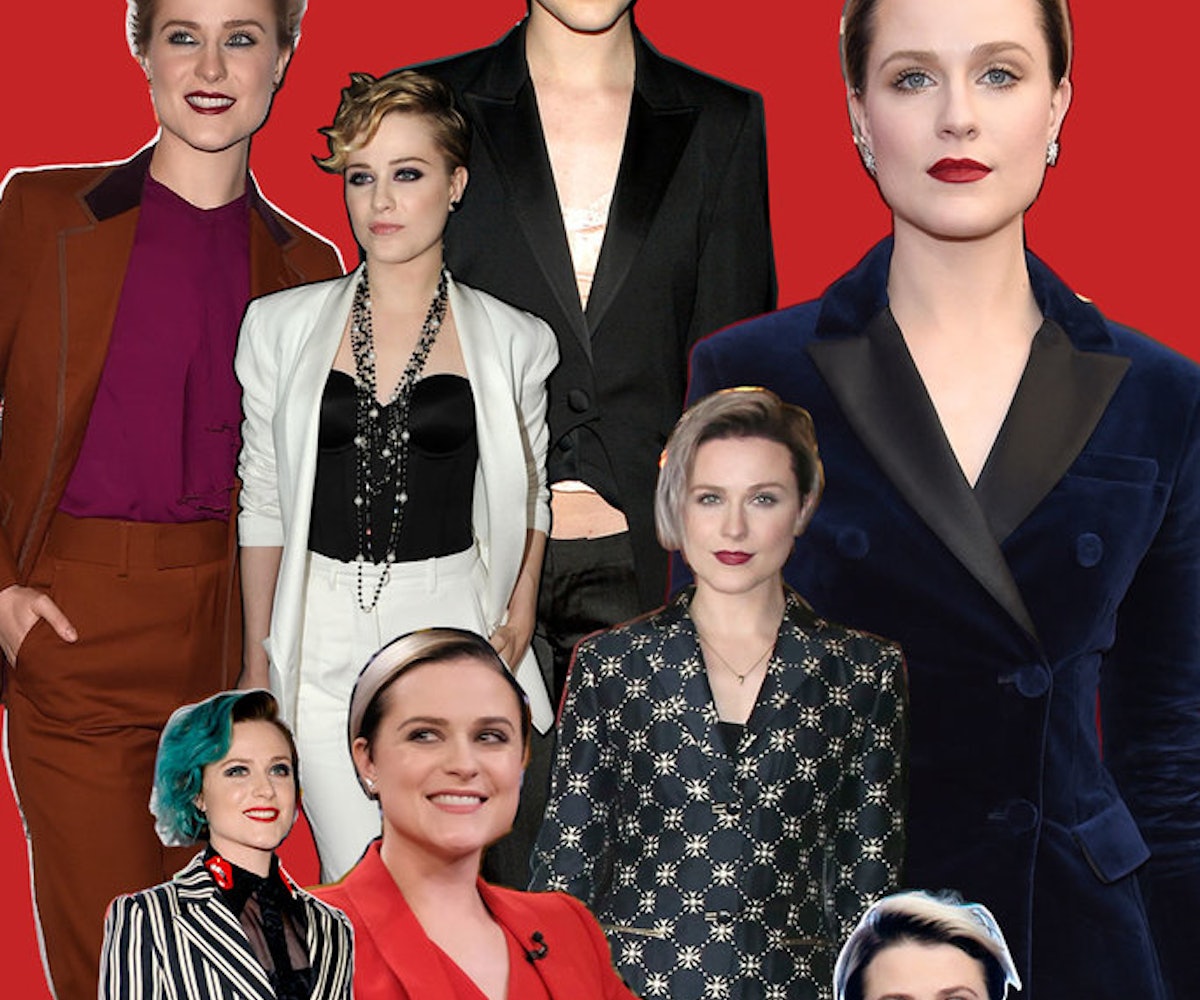 When it comes to red carpet fashion, Evan Rachel Wood consistently makes her way to the top of our best-dressed lists, always keeping us anticipating her next appearance—and wondering what epic pantsuit she’ll wear next.

There’s been a definite upswing in the popularity of the pantsuit, something widely credited to our girl Hil. However, Wood has been slaying the pantsuit game for over a decade at this point, and in honor of her 30th birthday today, we felt her affinity for pantsuits deserved some recognition of its own.

What we must remember is that Wood isn’t just wearing pantsuits because they look great on her; she’s making a serious statement to women everywhere. “I’ve been to the Globes six times, and I’ve worn a dress every time,” she told Ryan Seacrest at this year’s Golden Globes. “I just want to make sure young girls and women know that they aren’t a requirement. Just be yourself because your worth is so much more than that.” Now, that’s something we can get behind.

Check them out 15 of her most epic pantsuit looks of all time, below.

Premiere of The Missing, November 2003In true early aughts fashion, ERW rocks what we call the "low-rise pantsuit."

Premiere of The Ides of March, September 2011Back in 2011, Wood went for a black-and-white ensemble.

Premiere of The Ides of March, September 2011At her next premiere, Wood was as dapper as ever in a pinstriped suit.

The L.A. Gay And Lesbian Center's An Evening With Women, May 2014We're obsessing over this casual pantsuit look (and her reverse dip dye!)

Premiere of Into the Forest, September 2015In true fall fashion, ERW switched up her typical red carpet suit looks by incorporating some color into the mix, pairing a brown two-piece suit with a maroon blouse.

The Critics Choice Awards, December 2016The actress opted for this sleek black suit to accept the award for Best Actress in a Drama.