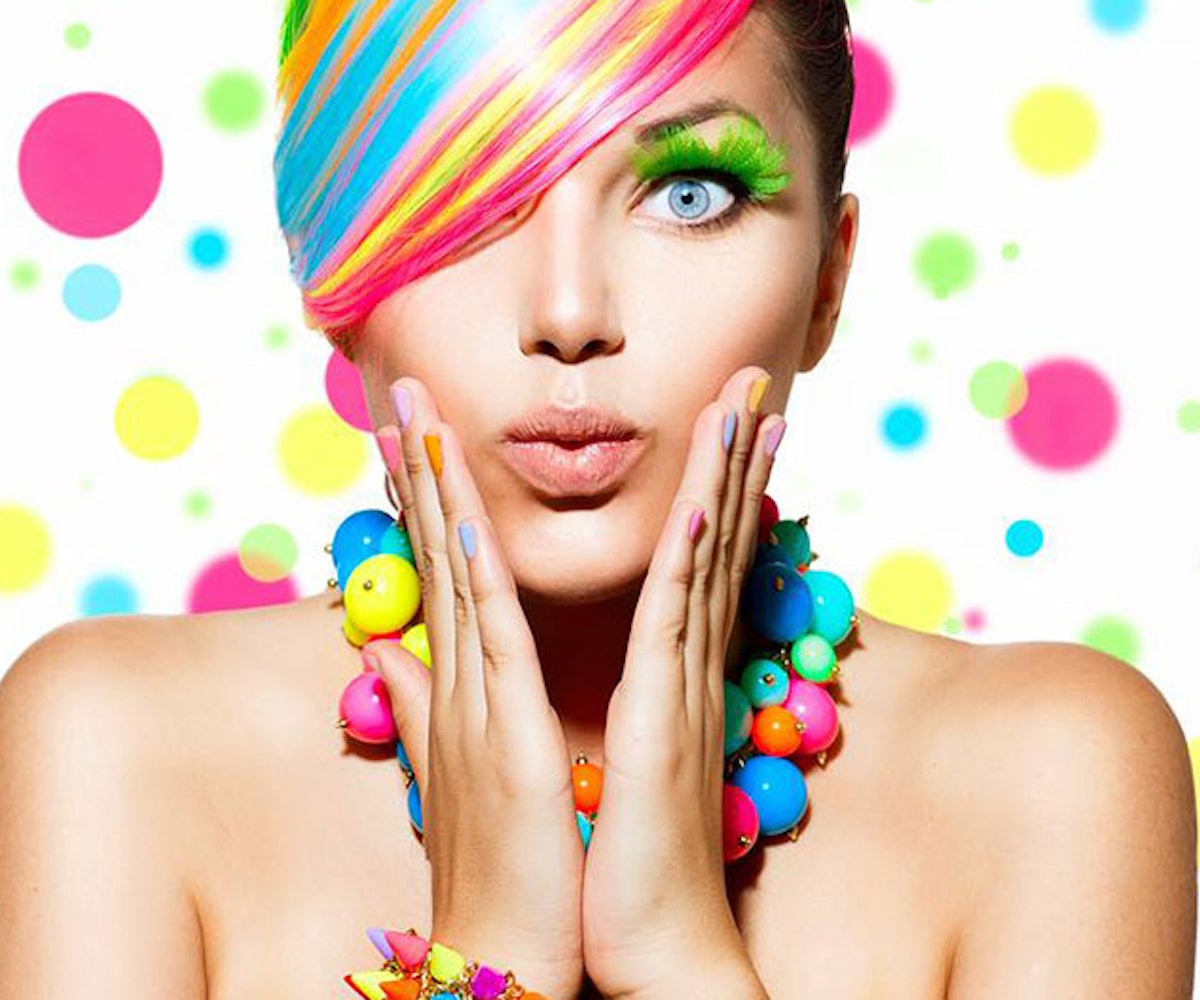 Photo: via Every Girl Needs A Gay/Facebook.

Raise your hand if you've ever felt victimized tokenized by Regina George the Internet. Well, now a friendship you have, or someone you know has, has been. Thanks to Every Girl Needs a Gay, the new matchmaking website that's totally real and totally has its tongue not planted in its cheek.

"Now that science has finally proven what we’ve known all along about the special connection between straight women and gay men," the website's intro page begins, "this pairing has never been more—dare we say —en Vogue. Gay men and straight women balance each other out while simultaneously turning up each other’s FABULOUS."

Right, because all gay men are fabulous and all straight women can't be fabulous on their own. With a little input (and possibly money!) from you, this service will be your virtual gaydar and cut straight (no pun intended) to the chase of getting you a coveted Gay Best Friend. It's all about that algorithm. No trouble.

This genuinely misguided idea was conceived by Gini Garbick, a Web designer based in Boston. At its heart, it's basically a matchmaking site for finding friends. But it's wrapped in so much stereotyping and inherent misogyny that it misses the point entirely. Naming a newsletter "CHER" is ridiculous. Seeking "a spark of mutual glitter," which its About Me page touts, is tone deaf. Not to mention, the LBTQ of LGBTQ have been left out of the equation. This is for straight women and gay men. Apparently, straight men can't be friends with a lesbian or a gay man.

The testimonials section is equally worthy of many a face palm. Laurette Banvelos said, "It's so nice to be able to spend a carefree day with a male who I know is going to love hitting up H&M and won't mind holding on to my purse while I'm trying things on." She adds, "He also won't hesitate to tell me my ass looks fat in those jeans." In a similar vein, Marcie Welsh said she loves her "gay husband" because, "If I do something to set him off, he tells me how it is." Oh, honey. Is this the impact of "Sassy Gay Friend"? Not only does this site encourage stereotyping, it's praising the idea of Gay Privilege, which is rooted in misogyny. A gay man has no excuse calling other women "bitches," "sluts," or putting them down just because they're homosexual.

If you're in the market for a friend, try something else; go out, explore, join a club, do something. Don't pay for a gay. If they're anything like the gay men portrayed on this site, he's just going to make fun of your actions anyway, and that's not okay.