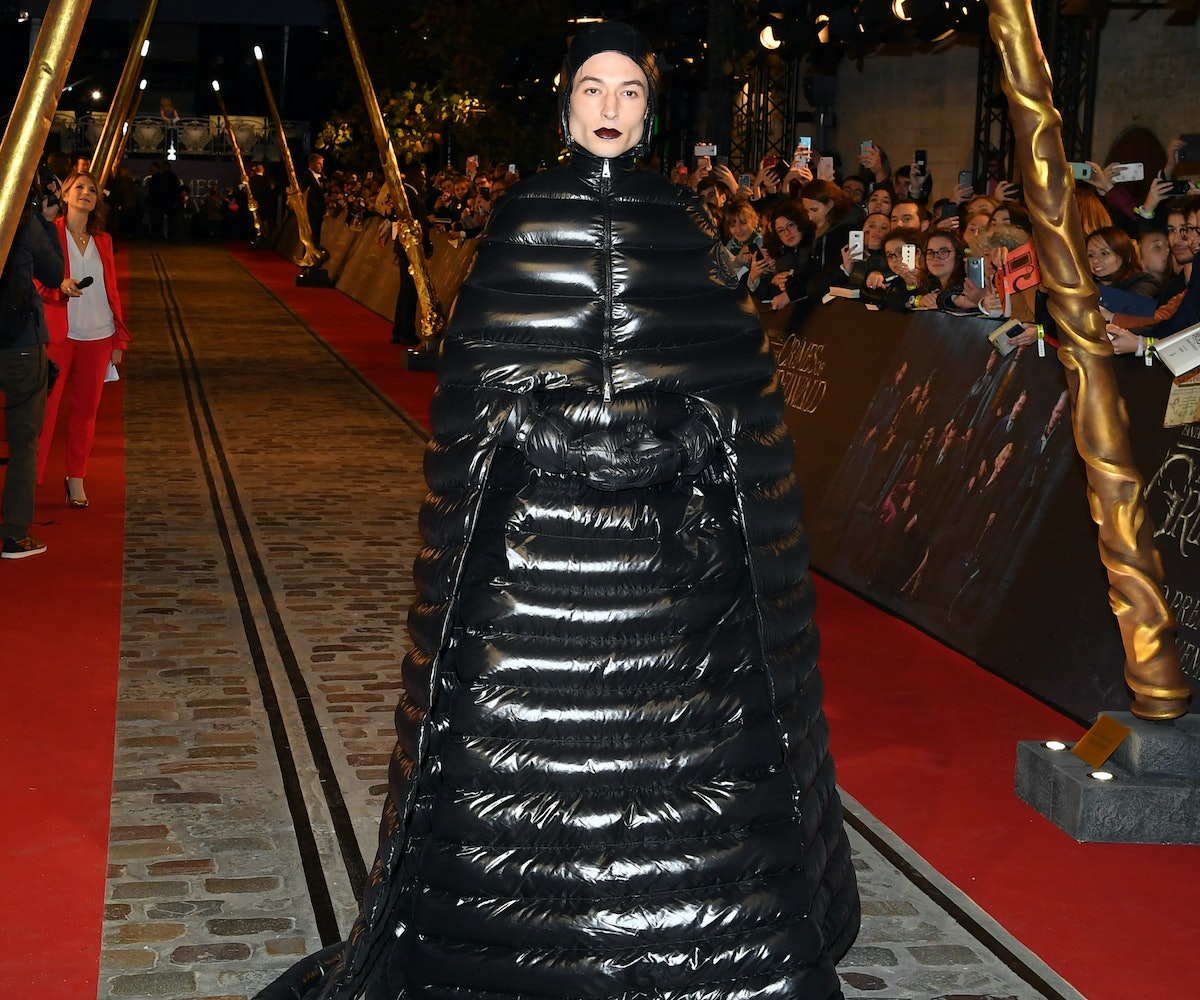 Ezra Miller just waltzed into the Fantastic Beasts: Crimes of Grindelwald premiere in what might be the comfiest outfit ever.

Miller, who plays Credence Barebone in the film, rocked something akin to a literal sleeping bag as he made his way into the event. He topped it all off with a wine-stained lip, taking his sleeping bag into royal goth territory.

This perfect, wearable sleeping bag is actually a look from the Moncler collaboration with Valentino creative director Pierpaolo Piccioli. So, it's an incredibly high-end sleeping bag, but I want one in every color for every day of the week nonetheless.

Miller's style has gained quite a bit of attention in recent days, as GQ Style revealed the actor as its cover star, following Miller as he prepared to deliver a baby goat while donning an Alexander McQueen coat. He has the perfect outfit for every occasion, clearly.