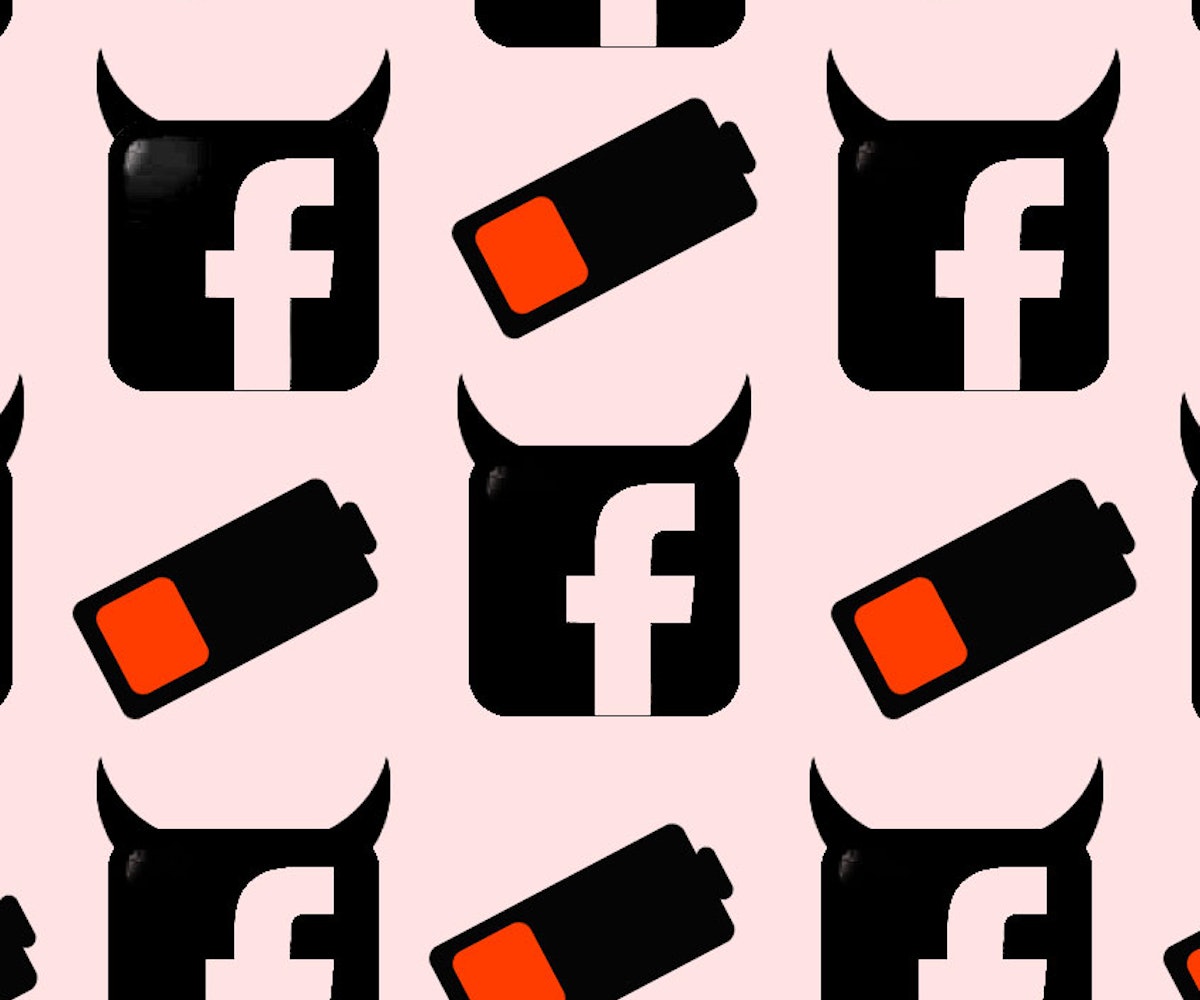 Of all the telecommunicative devices that we have access to, one of the most efficent products is the iPhone. It's sophisticated, advanced, and most importantly—reliable. However, the iPhone's biggest flaw without a doubt is its battery life. (I don't know about you, but I literally have to charge mine EVERY. DAMN. DAY.) Turns out that this problem is not necessarily a flaw in the 6S design—it actually has something to do with Facebook.

Users have noticed that using the social-media platform in app mode directly affects the longevity of the iPhone 6S battery life. Matt Galligan launched a full-on investigation on Medium after he noticed that the battery of his iPhone 6S continued to drain despite the fact that he turned off the Backgroud App Refresh option on. From there, he found that his iPhone 6S wasn't sleeping properly and when he pressed the home button, the activity (and battery drainage) continued. He concluded that Facebook was the prime suspect for the battery loss.

Nick Heer chimed in about how this was evidently part of Facebook's "user-hostile" tactics: “Facebook is actively creating channels to continue refreshing their app in the background when the user has explicitly stated that they do not want it to. Ironically, the best way to reduce the battery and data consumption of the Facebook app in the background is to switch Background App Refresh back on. Better still, remove the Facebook app from your phone, and perhaps replace it with [Facebook’s U.S.-only] Paper.”

Other users echoed their concerns and began commenting with conspiracy theories about how Facebook might be stealing background activity and consuming battery life when you’re not using the app. Looks like Facebook has a whole lot of explaining to do...