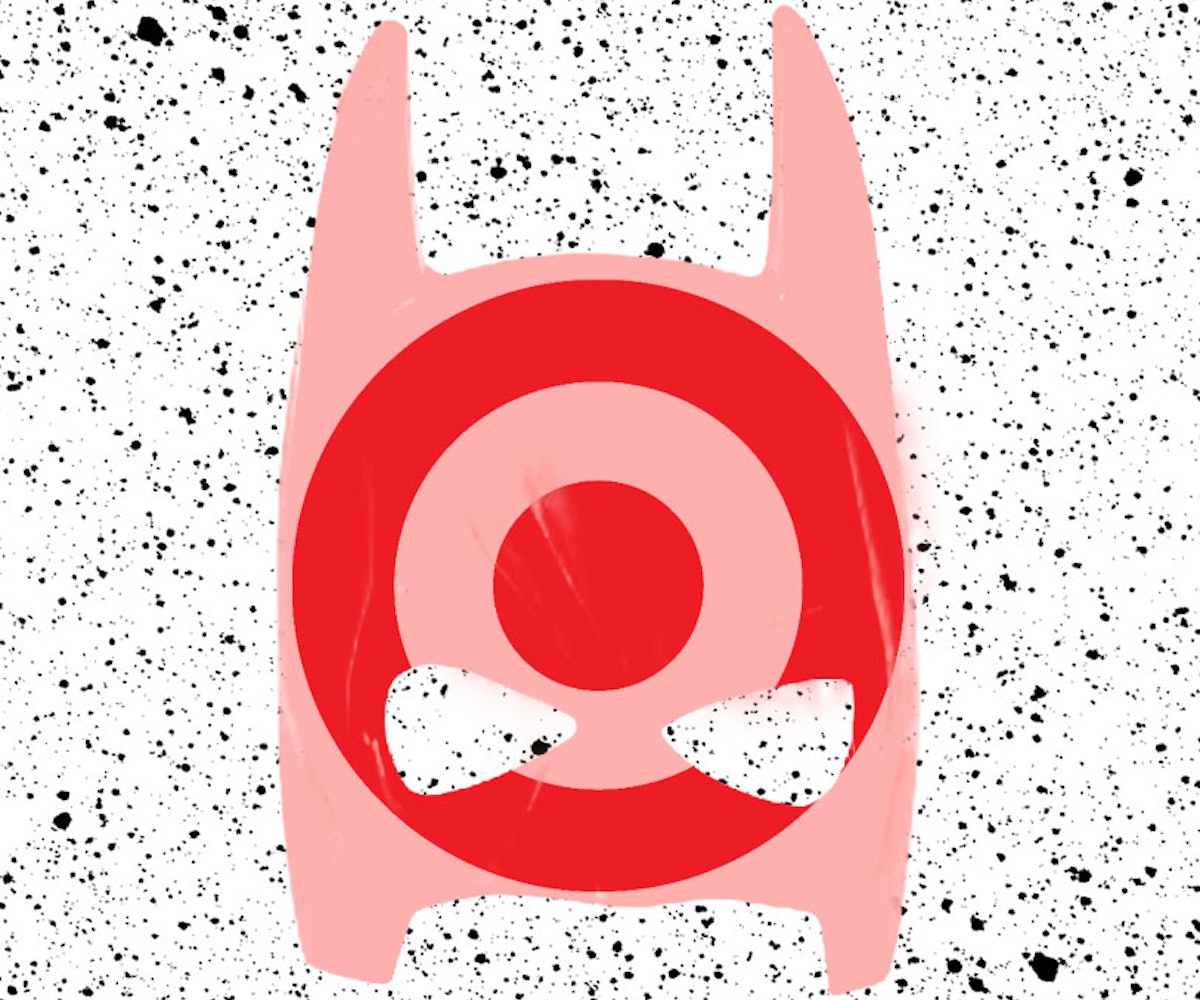 Like Batman donning his cowl, social-media vigilante Mike Melgaard concealed his identity behind a fake Target Facebook account yesterday to protect the right and punish the wrong.

As intolerant social-media users assailed the retail giant for thoughtfully combining the “girls'” and “boys'” toys and bedding sections into a single, genderless area all can enjoy, Melgaard—using his passive-aggressively titled "AskForHelp" handle—stepped out of the shadows and began to lay down some hurt.

Good stuff, yes? If you like these, head over to Adweek (who did the screencaps here) for many, many more.

Melgaard tells Adweek that it was all just a big joke. Looking at the backlash comments various, unenlightened people were leaving on the big-box retailer’s Facebook page he said, “It struck me how hilarious it would be to portray myself as a parody customer service rep. So, I did just that, and the rest was history. Honestly, it was like striking comedy gold. Every one of these people gave me the ammunition I needed for a great response." Obviously, it's more than that. While rude and just a bit mean, Melgaard's little stunt was pretty much what that whining chorus of regressive men and women were asking for.

Target has disavowed the actions of Melgaard, as one might expect they would. Some are even calling him a troll. But we know the truth: AskForHelp is the watcher on the wall, the shield that guards the realms of little girls who just want to play with Star Wars action figures and be left alone for Pete’s sake.

NEXT UP
Fashion
Target Debuts Three Blockbuster Designer Collaborations For Fall
Life
Read An Exclusive Excerpt From I’ve Had To Think Up A Way To Survive: On Trauma, Persistence, and Dolly Parton
Life
On Repeat: Vaquera’s Away Collaboration Is Brought To You By Britney Spears B-Sides
Entertainment
Soccer Mommy, Wet Leg, & 48 More Artists Made An Album For Abortion Rights