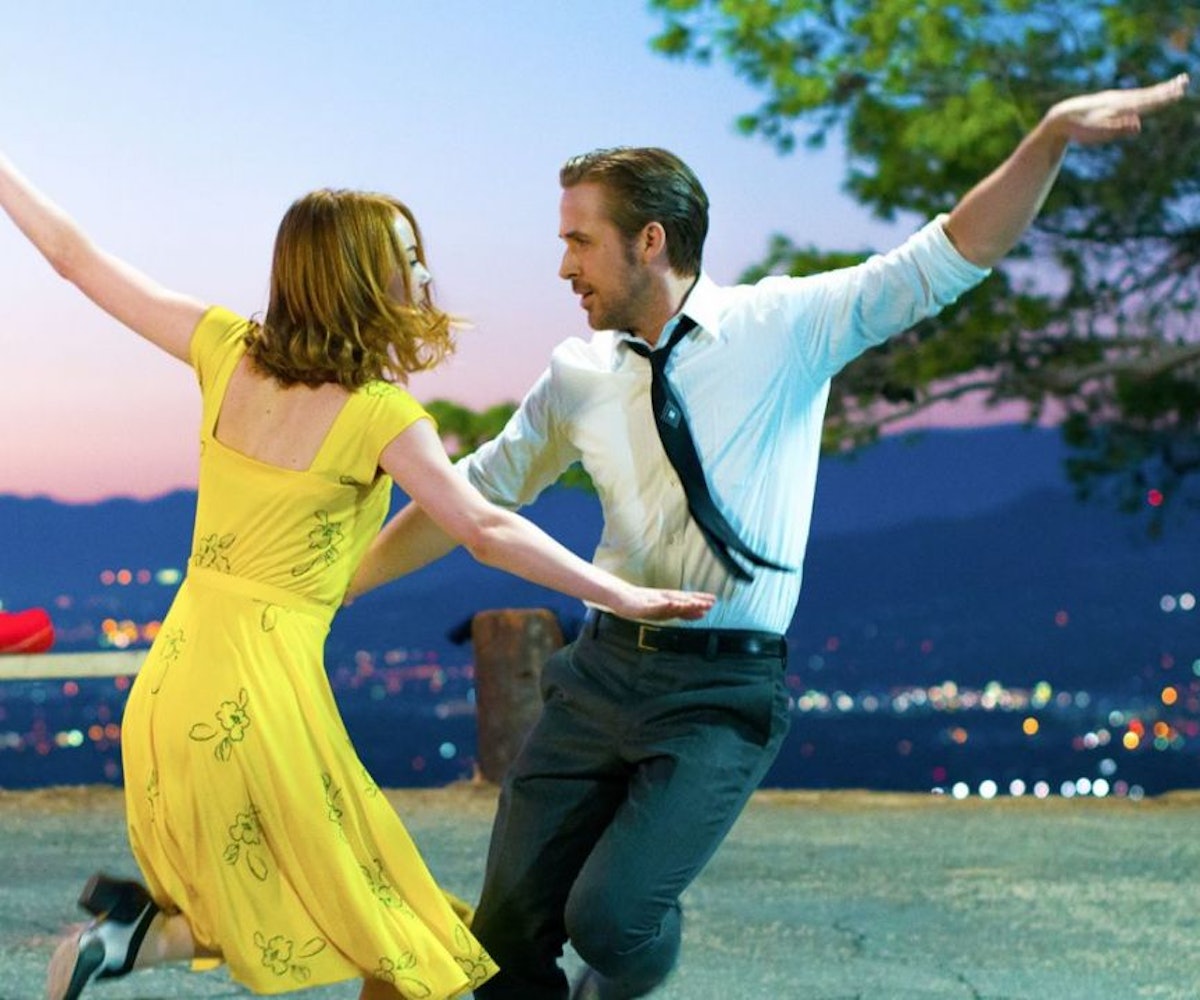 The utter evisceration of Suicide Squad by critics and audiences alike (although it had a huge opening weekend, its second weekend represented a major drop in sales) marked a symbolic end to a very frustrating summer movie season, where sequels and reboots and remakes were all met with a collective “meh.” So now it’s time to look ahead to Hollywood’s vaunted fall season, where studios trot out their more original and creative projects in hopes of striking gold at the box office, but also on the awards circuit. Here are the fall releases we’re anticipating the most.

The Light Between Oceans

Michael Fassbender and Alicia Vikander fell in love IRL on the set of this sweeping, tragic love story, and it’s not hard to see why. Set on a sublime island off the coast of Australia, they play a couple who choose to raise a baby as their own after finding it washed up on the shore. Things get complicated when Rachel Weisz shows up as the mother who lost her child several years earlier. Even the trailer will make you bawl. (Sept. 2)

If The Witch put Anya Taylor-Joy on the map, then this small-scale, sci-fi horror film will make her a star. Without the help of makeup or prosthetics, Taylor-Joy is unrecognizable as a genetically engineered being who turns against its creators. It’s called acting, and Anya Taylor-Joy is very good at it. (Sept. 2)

Seventeen years after The Blair Witch Project became a cultural phenomenon, Lionsgate shocked audiences at last July’s Comic-Con by revealing that their secretive horror project, The Woods, was actually a sequel to the legendary movie. Filmed in the franchise’s trademark handheld style, Blair Witch follows a group of millennials who trek into Black Hills Forest near Burkittsville, Maryland, to investigate the disappearance of that poor crew of documentary filmmakers from nearly two decades ago. Things get scary. (Sept. 16)

The long-delayed biopic of one of the most notorious whistleblowers in U.S. history finally hits theaters, with political firebrand Oliver Stone at the helm and Joseph Gordon-Levitt playing Edward Snowden. So far, most of the attention has been focused on mocking Gordon-Levitt for altering his voice to sound like Snowden, which is weird, because he’s, well, playing Snowden. (Sept. 16)

It’s been over a decade since Bridget Jones rode off into the sunset with Mark Darcy by her side. But in the name of cashing in on intellectual property, B. Jones is not only hopelessly single again, but she’s also pregnant and doesn’t know who the father is. Colin Firth is back as a potential baby daddy, and filling the Hugh Grant role is Mr. Rom-Com himself, Patrick Dempsey. The movie also marks the return of Renée Zellweger (obv), who’s recently faced scrutiny over her appearance because the world is an awful place, which, ironically, is exactly why we need movies like this one. (Sept. 16)

Denzel Washington and Chris Pratt lead a group of skilled gunmen tasked with defending a small town against dangerous outlaws in this remake of the 1960 classic Western (itself a remake of Arika Kurosawa’s The Seven Samurai). Directed by Antoine Fuqua (Training Day), TM7 (just coined that) will also introduce audiences to Haley Bennett, who thanks to this film and her role in The Girl on the Train will be one of 2016’s breakout stars. (Sept. 23)

The title alone should clue you in that this is a Tim Burton movie. The plot—a young boy (Asa Butterfield) discovers he has special powers and must team, with a bunch of other young oddities, to save the world—also plays to Burton’s strengths. The problem is, Tim Burton hasn’t made a memorable film since Alice in Wonderland in 2010. Can he rediscover his, er, peculiar brand of magic? We think so. (Sept. 30)

Andrea Arnold’s follow-up to her cult classic Fish Tank stunned audiences when it premiered at Cannes in May. Arnold plucked newcomer Sasha Lane from obscurity to star as a wayward teen who joins up with a group of young drifters (including a rat-tailed Shia LaBeouf) as they travel across the country selling magazine subscriptions in order to finance their hedonistic lifestyle. If only we had thought about that when we were looking to fund our own hedonistic lifestyle. Oh well. (Sept. 30)

The Girl on the Train

Based on the insanely bestselling novel of the same name, Emily Blunt stars as the titular girl on the titular train who becomes obsessed with a seemingly perfect family she sees every day on her morning commute. When the woman in that family (Haley Bennett) suddenly goes missing, Blunt’s character becomes deeply invested—and possibly deeply involved—in the case. A spiritual successor to Gone Girl, you can expect a similarly shocking twist ending. (Oct. 7)

This highly anticipated indie might be notable for marking the screen debut of Janelle Monáe, but early buzz indicates that filmmaker Barry Jenkins has crafted an operatic and deeply moving look at sexuality and masculinity in Black America. Told in three parts, the story follows a young man through childhood, adolescence, and then adulthood as he “finds love in unexpected places,” according to IMDb. We’ll leave it at that, but do see this movie. (Oct. 21)

The latest installment in the unstoppable movie-making machine that is Marvel Studios sees Benedict Cumberbatch—who looks great in a cape—as a surgeon who, after a near-fatal accident, discovers the secret world of the “mystic arts” thanks to a being known as the Ancient One (Tilda Swinton). He then uses those newfound powers—casual stuff like casting spells and creating portals—to makes hundreds of millions of dollars at the box office. (Nov. 4)

This early Oscar contender made waves at Cannes, telling the true story of Richard and Mildred Loving, an interracial couple who fought for their right to marry and start a family in ‘60s-era America. Joel Edgerton and Ruth Negga have both earned significant awards buzz for their searing and emotional performances as the Lovings, with Negga, in particular, poised to become a major star. (Nov. 4)

Ang Lee proves once again that he is one of the most versatile and daring filmmakers in Hollywood, with this adaptation of the bestselling novel about a soldier who returns home a war hero, but struggles with PTSD. Featuring an intriguing cast that includes Kristen Stewart, Chris Tucker, Steve Martin, and newcomer Joe Alwyn in the title role, the movie was also shot in 3-D and at 120 frames per second, meaning it will literally be unlike any war movie—or any movie, for that matter—you’ve ever seen. (Nov. 11)

A sci-fi movie for adults, Arrival stars Amy Adams as a linguist tasked by the U.S. government to make contact with an alien race who lands on planet earth. Directed by Denis Villeneuve—one of Hollywood’s most in-demand filmmakers (he’s currently shooting the Blade Runner sequel)—the pic also stars Jeremy Renner and Forest Whitaker and looks like the kind of intelligent and original blockbuster we wish Hollywood made more of. (Nov. 11)

Fantastic Beasts and Where to Find Them

The next phase in Warner Bros. attempt to make boatloads of cash from J.K. Rowling’s Potterverse, Fantastic Beasts stars Eddie Redmayne as Newt Scamander, a magizoologist who travels to New York City, where a gaggle of creatures escapes from his briefcase. The incident sends relations between civilians and wizards into a tailspin, and will be the foundation for a planned trilogy. (Nov. 18)

We’ve been repping Disney’s latest animated adventure hard since news of it first dropped last year. Why? Because the title character is the first Polynesian princess given the Mouse House treatment, and that’s pretty awesome. (Nov. 23)

Brad Pitt and Marion Cotillard as WWII-era spies who fall in love while foiling a Nazi plot? We’ll take one of those, please. As we noted when the trailer dropped, this throwback has “Oscar hopes” written all over it. (Nov. 23)

It’s hard not to call a neo-musical, starring Ryan Gosling and Emma Stone as star-crossed lovers in a technicolor Los Angeles, our most anticipated movie of the year. So that’s exactly what we’re going to do. (Dec. 16)

Rogue One: A Star Wars Story

Felicity Jones takes the mantle from Daisy Ridley as the latest British brunette to lead a movie in the Star Wars universe. But this not a sequel to The Force Awakens, you non-nerds. Instead, it is a prequel to A New Hope (the first Star Wars movie ever made) about a group of rebels who attempt to steal the plans for the first Death Star. It is those actions that eventually set the original Star Wars trilogy into motion. Confused? It doesn’t matter. This will be the highest-grossing movie of 2016. (Dec. 16)

Denzel Washington gets behind the camera for this ambitious directorial effort—ambitious because August Wilson, who wrote the play on which this movie is based, famously refused to let it be adapted for the screen unless an African-American was making it. Ambitious too, because Washington is also starring, reprising his role as a former baseball player struggling to provide for his family, a role he made famous on Broadway in 2010. We’re expecting big things. (Dec. 16)