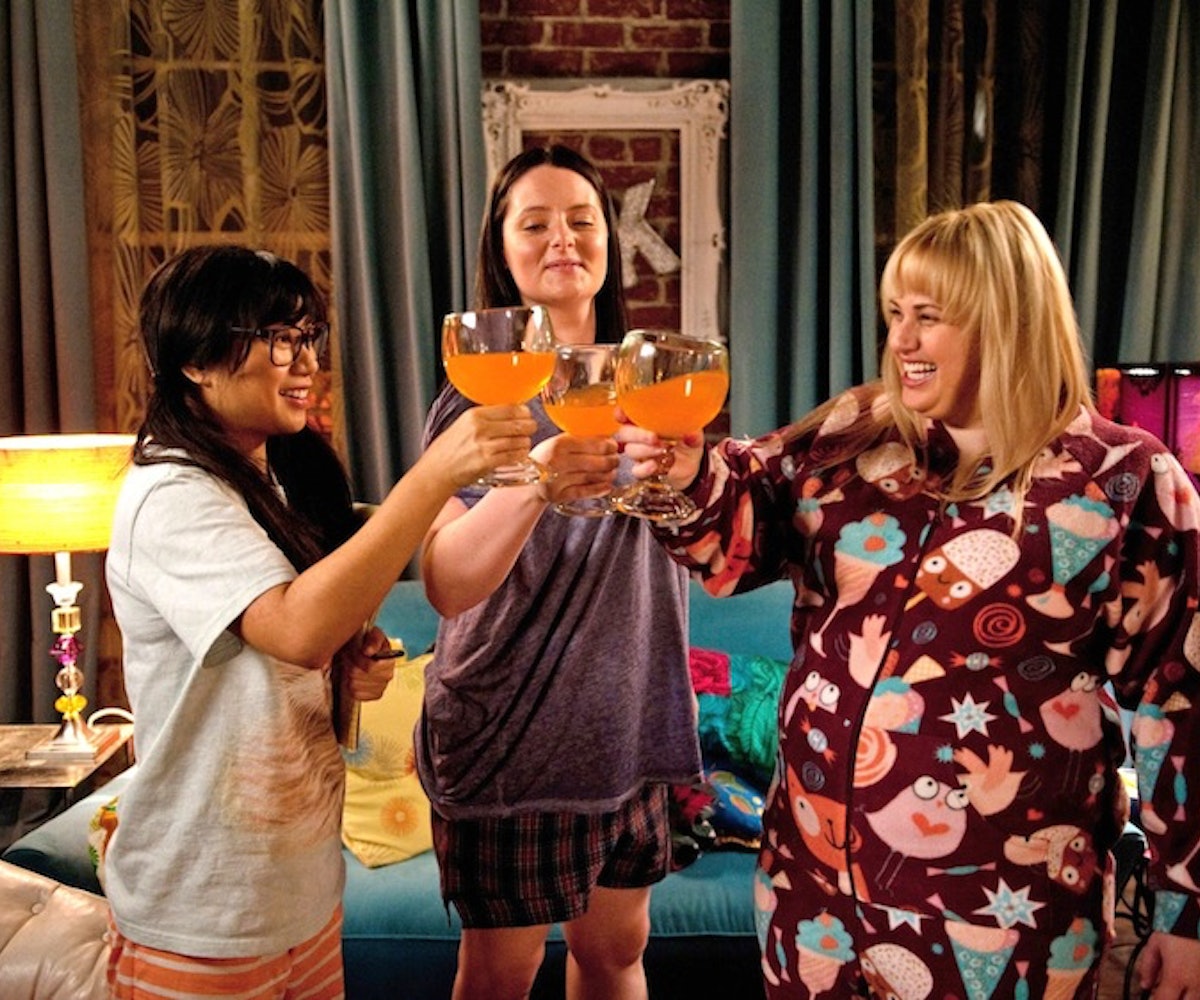 After a summer spent surviving mostly on Netflix (hey,

Orange is The New Black!),

the fall television season has finally begun! And considering we have an entire issue of NYLON devoted to TV, we can't think of anyone better to quiz about the best new shows than our very own editors. After all, they've seen practically every single one.

So check out their picks below, and make a couch date with your friends. We've done all the hard work for you, so now the only thing you have to worry about is who's bringing the snacks...

: Andy Samberg plays Jake, a silly but effective Brooklyn cop who's encouraged to act like a grown-up when the precinct gets a new captain. Spoiler alert: He doesn't.

I personally have no worries about Samberg's career post-SNL—Celeste and Jesse was a funny, sneak-attack tear jerker, his Franco roast was one of the best, and he's great on the eps of BK99 that I've seen so far. The supporting cast just adds to the fun, check out our Q&A with Chelsea Peretti in October's Culture Club section!

The Office, Parks and Recreation, SNL

: A group of juvenile delinquents are sent back to a nuclear-annihilated Earth to check in on things. Think

Lord of the Flies

The dialogue in the trailer is a little stiff and explain-y, but the overall storyline is an interesting spin on the apocalypse motif. Bonus: otherworldly scenery.

Pretty much anything else on The CW. --Melissa Giannini

: James Spader plays a suave criminal mastermind in this drama that explores the popular trope of good vs. evil and the tenuousness of that dichotomy. Add a little plot intrigue, an intense car crash, a pen-in-the-neck stabbing, and you've got the season's most intense thrillers.

Megan Boone, who plays Spader's unlikely partner/neck-stabber, is bound to get even more bad-ass as the series unfolds.

Homeland, The Wire, The X-Files

: A socially awkward junior attorney (Rebel Wilson) and her similarly introverted best friends decide to mix up their homebody lifestyles and hit the town in search of (wait for it)…a super fun night.

If you don't like Rebel Wilson’s fearless brand of humor, you don't know funny.  I love how comfortable she is making things awkward.

Sex and the City, Pitch Perfect

: A spinoff of the hugely successful Avengers franchise, this big-budget Joss Whedon production focuses on an elite and secretive team that investigates instances of superhuman activity.

Because it's an offshoot of a huge blockbuster, it feels cinematic and offers tons of opportunities for guest spots. (The pilot featured Cobie Smulders. No word on Chris Hemsworth yet.)

: Pioneers of human sexuality William Masters (Michael Sheen) and Virginia Johnson (Lizzy Caplan) conduct groundbreaking studies that help usher in the sexual revolution. Seems tough to have sex while hooked up to all those electrodes, but they make it happen.

is smart and steamy, and comes at a time when the

shaped hole in my soul needs to be filled. This one might just be compelling enough to do the trick.

The Originals (the CW)

spinoff takes the action to New Orleans, where the world's original bloodsuckers (Joseph Morgan, Daniel Gillies, and Claire Holt) are jockeying for power in the French Quarter. Expect witches, werewolves, and a host of other supernatural beings in this show that feels grittier than the series that inspired it.