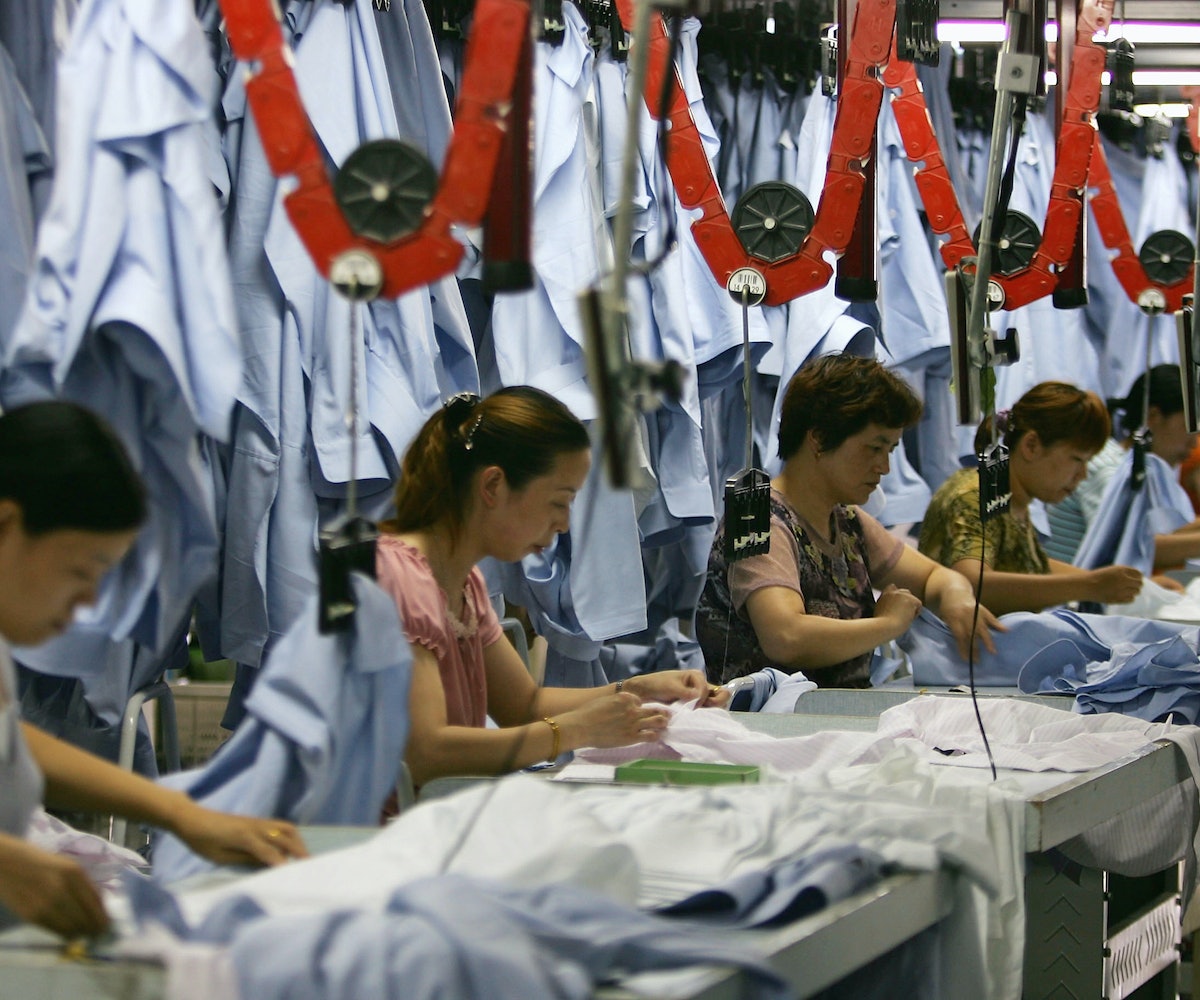 According to the Walk Free Foundation, fashion is one of the five major global industries contributing to modern slavery. The foundation's 2018 Global Slavery Index report shows industries dealing with fashion, personal technology, sugar cane, cocoa, and fish as the most guilty of benefitting from "slave labor."

As noted by Teen Vogue, "slave labor" and modern slavery are defined in the report as “situations of exploitation that a person cannot refuse or leave because of threats, violence, coercion, abuse of power, or deception.” The Walk Free Foundation estimates 40.3 million people are forced into modern slavery around the world, with 71 percent of them being women. The report names North Korea, Eritrea, and Burundi as the countries with the highest prevalence of modern slavery entrapment.

The fashion industry came second on the list of the most benefitted industries, behind personal technology. Products made with modern slave labor enter G20 countries as imports, and fashion garments are the second largest import category benefitting from the practice. Teen Vogue says that "out of the $354 billion reportedly imported into G20 countries, garments represented $127.7 billion worth of imports potentially produced through slave labor." The most at-risk imports reportedly come from China, India, Vietnam, Thailand, Malaysia, Brazil, and Argentina.

Countries who might unknowingly import items that were made using slave labor were called on by the Walk Free Foundation to respond to their potential involvement. They found the U.S. government to be the second most responsive in implementing legislation that addresses the epidemic. Two executive orders from 1999 and 2012 have explicit guidelines that “require mandatory reporting and due diligence from all federal government contractors and subcontractors,” according to the report. It also credits the U.S. for regularly checking goods and “[inspecting] if they are believed to be produced with forced or child labor.”

As consumers, we can make small steps by doing research on the companies we shop from and taking a break from fast fashion.