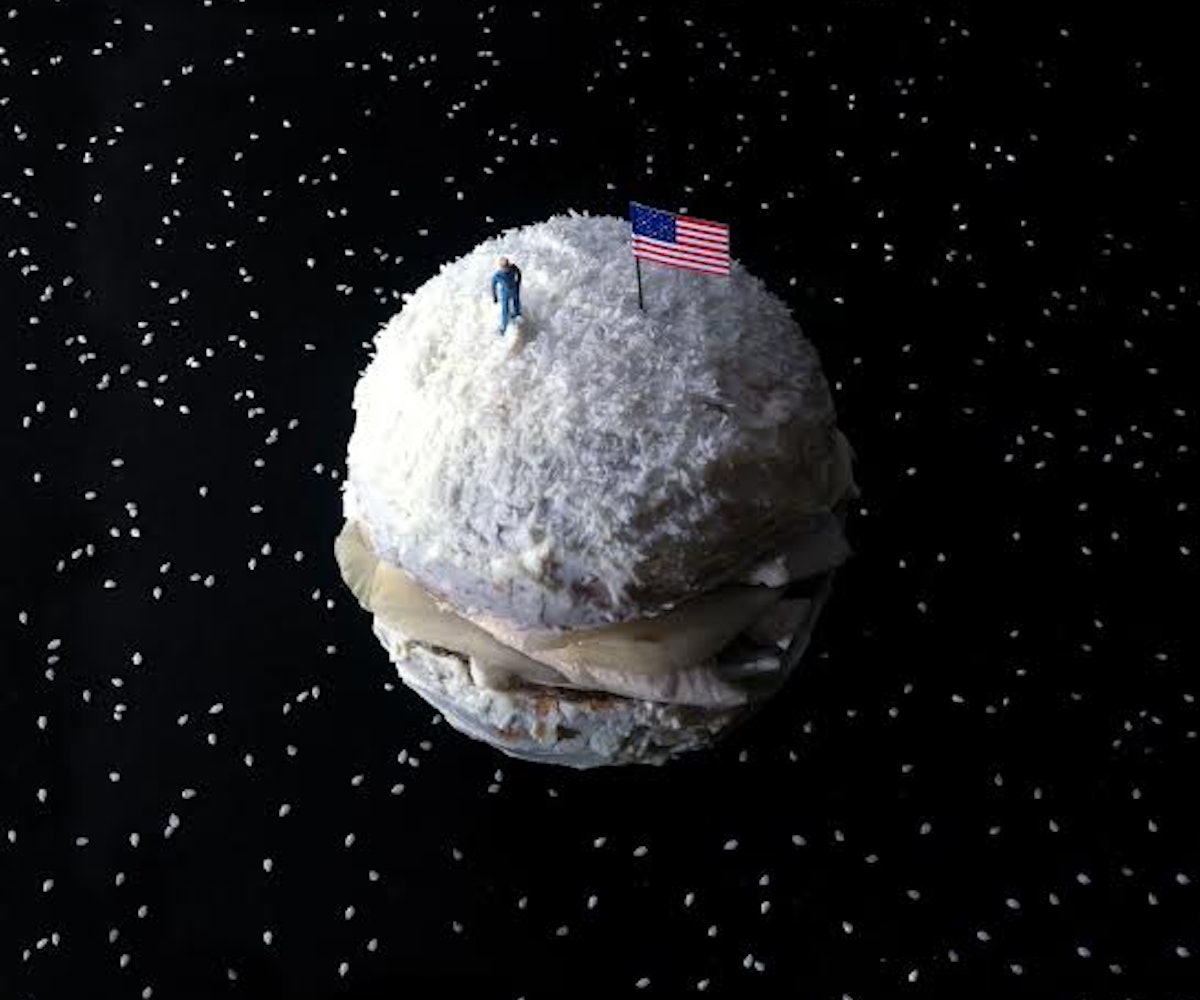 Thomas Weil and Quentin Weisbuch were just two graphic designers in search of a more exciting midday meal when they began conducting the early experiments that would eventually grow into Fat & Furious Burgers. Utilizing their former employer Polymago’s spacious kitchen, the duo worked on a rough concept for a burger and cooked together in the little free time they had each week. Increasingly proud of their creations, they started posting photos of the burgers on Tumblr, and it all snowballed from there. Two years later, the affair between their craft (visual arts) and passion (beef) has reached a fever pitch, now boasting a devout following online, one-off burger collaborations with prestigious restaurants in Paris, their own graphic design agency, Furious, and an eponymous hardcover that is sold at Colette. We recently caught up with the guys behind the project, and let us tell you, there are plenty more burgers where that first one came from.

How does the idea for a certain burger come to you?

At the beginning, we were just trying to have a big lunch. We still have this ritual to try to make something new every week: We sit down and pick a theme from things that are inspiring and everyone knows about. We make sketches, run to the supermarket, cook, and shoot it very quickly.

Now that your blog is really popular, do you feel pressure to come up with new and better ideas constantly?

There is more pressure when we are creating a burger for a new restaurant, really. We don’t cook that well; for us, it’s almost always about the visual. When it’s not just the two of us eating the burgers, we have to make very specific ingredient choices.

Your first book, Fat & Furious Burger, just came out. What’s on the horizon?

We want to work on a new project, it could be kebabs, spaghetti, or pizza—we don’t know yet. We just want to prove that creativity and other ways of thinking can change the way you look at a burger, or really, anything.