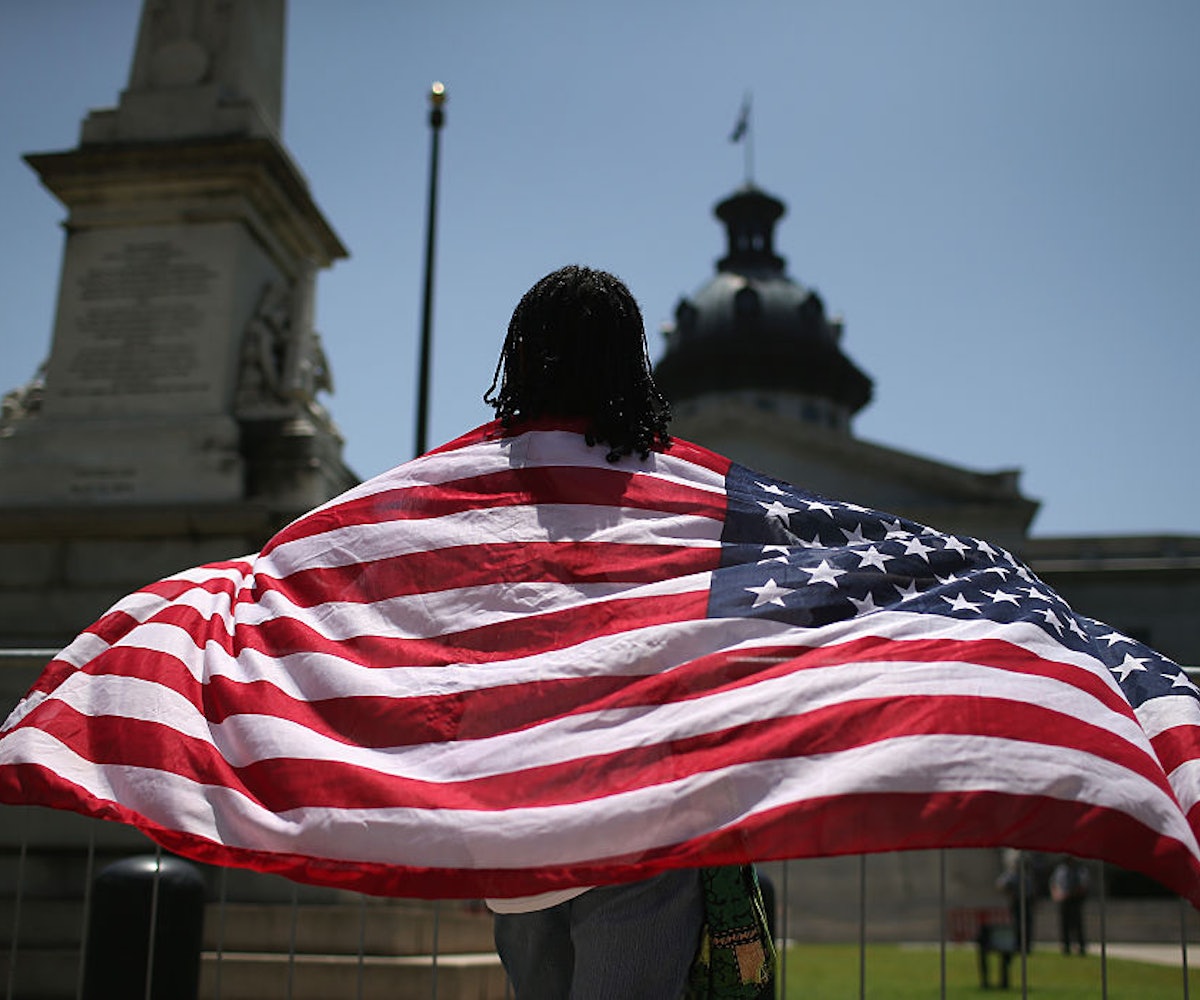 Donald Trump has officially been in office for 60 days, which is funny, because it feels like an eternity, proving that hell really is a flat circle. (I think that's how the saying goes?) The reason I point out Trump's time in office up to this point is that it really isn't very long at all. It's less than 5 percent of the way through a single term of the presidency! We might need to endure... 19 more of these. Or, you know, we might not. Because after today's congressional hearings in which the House Intelligence Committee interrogated FBI head, James Comey, about a variety of things—including whether or not there's any reason to believe Obama had Trump wiretapped (nope), and if there's an investigation surrounding Trump's ties with Russia (yup!)—there's only one question I have regarding a possible Trump impeachment: Are we there yet?

Earlier today, Comey—who said that he doesn't usually comment on the "existence of ongoing investigations"—told congressional representatives that, because of "unusual circumstances":

I’ve been authorized by the Department of Justice to confirm that the FBI, as part of our counterintelligence mission, is investigating the Russian government’s efforts to interfere in the 2016 presidential election. That includes investigating the nature of any links between individuals associated with the Trump campaign and the Russian government, and whether there was any coordination between the campaign and Russia’s efforts.

Well, then! Comey, along with NSA director, Mike Rogers, were similarly resolute in dismissing many of the Trump administration's most egregious recent claims, like the idea that Obama personally requested that Trump be surveilled. Beyond that, though, Rogers forcefully shot down Trump talking head Sean Spicer's recent assertion that Obama had called on Great Britain to spy on Trump; when Congressman Adam Schiff cited the British refutation of Spicer's claims, and noted that the British intelligence service classified them as being "nonsense and utterly ridiculous," Rogers emphatically agreed, with a terse "yes, sir."

What does all this mean? Will Trump be unceremoniously booted from office ASAP? We can dream, right? Unfortunately, at this point, it's still only a dream. Because while all of this was going on, Trump himself was tweeting... alternative facts about the congressional hearing; and while his lying tweets were read—in real time—to Comey and Rogers, so that they could refute Trump's lies on the spot, the very existence of those tweets is still just evidence of the fact that we are living in a surreal and dark time, when a confirmation of an investigation into treasonous activity by the sitting president of this country does not mean said president's immediate dismissal from his position. Instead, it means that some Republican congressmen will try and get the director of the FBI to agree that reporters ought to be jailed for reporting on said treasonous activity. What a time to be alive.