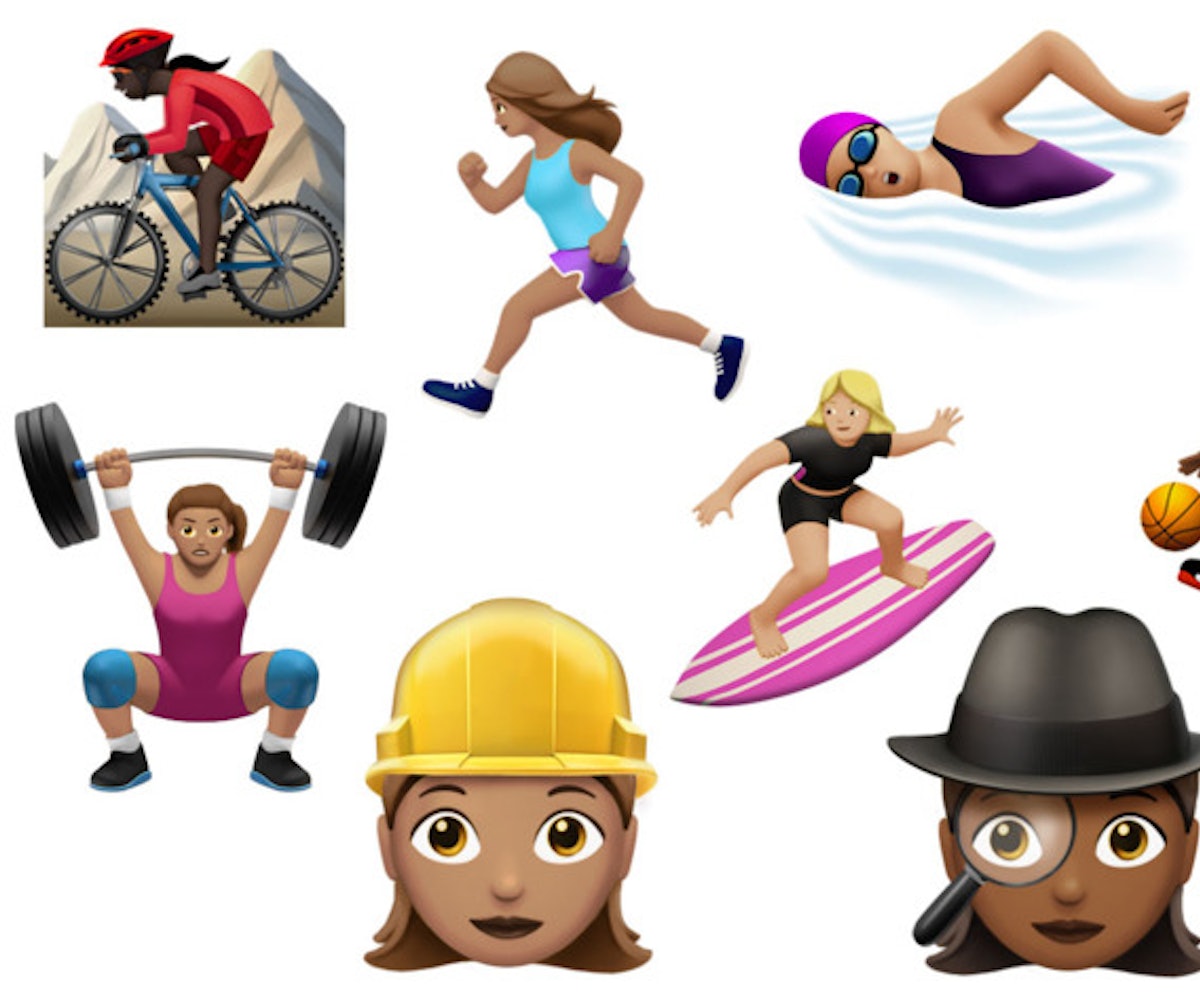 With women making so much progress in the real world, it makes sense that Unicode Consortium would get on board as well. The latest Apple iOs 10.2 update comes with hundreds of new emojis that represent women in the workplace. Now all of the emojis can have thriving careers as detectives, police officers, and construction workers. Apple has also added new professions such as scientists, teachers, judges, astronauts, firefighters, pilots, and artists.

As far as activities off the clock are concerned (unless you're an athlete), women can now be runners, swimmers, surfers, basketball players, cyclists, and weight lifters too. Oh, and all of these characters are available in multiple skin tones because diversity is still a priority in the emoji universe. New foods and faces are also on the roster, in case those have been lacking for you in your communications.

In another effort to be more inclusive, there are now emojis for single-parent families. It was all looking great up until the slide with the new animal emojis that included the following caption: "Share your spirit animal with new fox, shark, owl, butterfly and more."