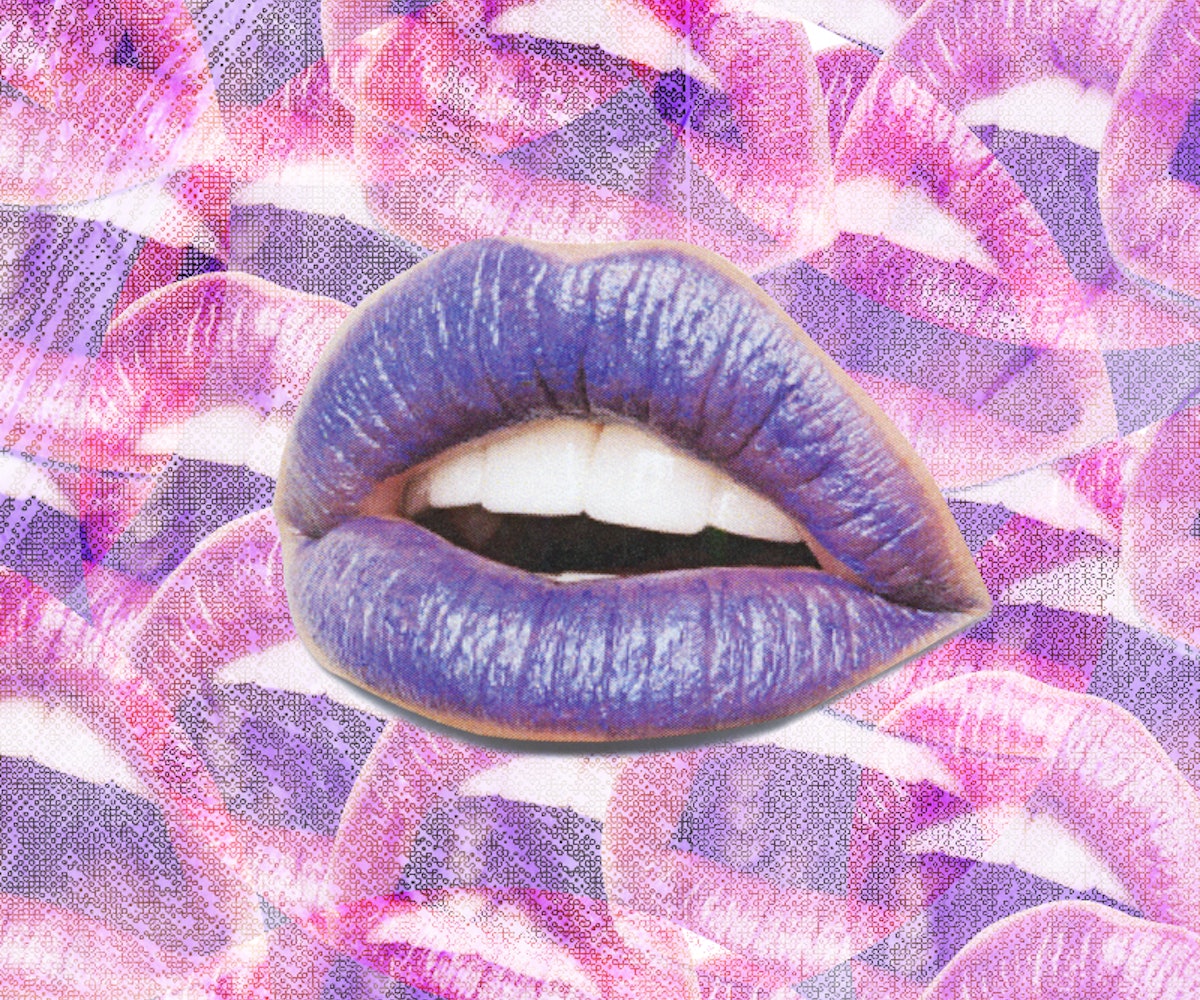 Contained by the flesh that holds you in place, it exists. Reinterpreted through acts of devotion and conflict, it persists. Rivulets of this color create a varnish on the canals of our corporeal homes. Red: the first color to be discerned by the human eye. Ejected from the internal, this color was used to paint the axes of warriors past. Ancient Sumerian people reduced precious stones of this shade to a malleable consistency that could be used to adorn the face. Al-Zahrawi, a leading cosmetologist and surgeon during the Islamic Golden Age, devoted an entire chapter to the process of beautification in his medical encyclopedia. In the year 1000, his 30-chapter medical treatise contained the first formula for rolled lipsticks and deodorants. A tube of lipstick that lives in my purse is a testament to the history of creation.

In observance of my feminine bloodline, I perpetuate my mother’s beauty practice by applying color to my lips. Wax, oil, and pigment lend themselves to the shape of my mouth. In solitude, my body bends to the process. Leaning my head back to coat the fullness in the center of my lips, my spine elongates to full capacity. Prior to putting myself on public view, my painted mouth communicates that I was the first to see myself. Once I’m in the world, I am held in place by the motions of the city. Faces merge with texture and light. I am pulled back in by a single question: What lipstick are you wearing? A woman, different in presentation but alike in preference, has acknowledged my effort. Inciting a five-minute friendship, I pull out the tube to show her.

Name, color, and cost are exchanged between two women who will inevitably go back to being strangers. After the interaction is complete, my walk continues on firmer ground. Climbing a staircase leading to the closest exit, a gust of wind from a train below surges through the station. Doing her best to remain composed, the woman in front of me pulls her skirt to remain at her side. The iconic Marilyn Monroe image doesn’t translate well into reality. Ensuring her control over what parts of her body are available to be seen, I step behind her as I keep my eyes on my phone screen. With the eyes of the men behind us still under our control, femininity remains as an act of sovereignty.

The liberation of femme presentation continues to be without the safety of masculinity. In line with the men of my past, the daily masculine presentation I encounter on the street relies on a similar formula. Short hair chosen by their mothers and a pair of slacks inherited from their fathers. Leaving the confines of their cisgender assigned roles would be forfeiting the comfort of their perceived birthright. Freedom in femininity happened for me in two parts. Phase one was an act of compliance, as I consumed conventional femininity until it took hold of my movements and way of speech. When I became suitable for desire, I had completed my end of the deal. Safety was promised, and violence was delivered. At work, in public, and in bed with men I hoped to love.

Proceeding as a feminine woman after violence was the preamble to understanding the politicized act of stepping outside. With the knowledge of what could live behind the intention of a glance, I removed the characteristics that no longer suited me. I replaced "sorry" with "excuse me," and finished my thoughts when interrupted. Grasping the prime of my life with both hands, I couldn’t see the merit of feminine affectations performed for masculine entertainment. Surveying ways out of femininity, I was made aware of the way people of all genders wear similar clothing with the same indifference. Although the feminine tools had not protected me, I had built relationships with them. A-line skirts that began at the waist and flared outward now existed to envelop my body’s natural shape. A black flick of liquid liner at the corners of my eyes to commemorate the specific eye shape of my family. These tools now communicated my own coded language. My body would dictate the fabric that enclosed it. After the patriarchal symbolisms of clothing and cosmetics were acknowledged, I remained. I had always been this way—there was no denying this. The mind became aware, and performance remained intact.

Letting others regulate the way we think of our bodies is a disservice to the body's potential as an instrument. Although I base my own femme identity in cosmetics and skirts, this is only one way to live. A feminine person may wear the same clothes as a man, but this does nothing to alter their identity. Power and grace choose the body in which it lives in without a thought toward gender. A person who has taken a moment to adorn their body impacts those around them with aspiration. Beauty reaches where the violence of misogyny falls short. Devotion to the self is limitless, and we mold our bodies until they are the vision of our thoughts. This is the beginning of actualizing the self, of becoming who we truly are. When illusions about how we are perceived are lost, identity can flourish beyond language.

Possibility exists in femininity. Arsenals of different colors and styles are endless, and I watch them come to life every day. Women and femme-presenting people are the artists of their own form. Adornments to the body are a symbol of something beneath that cannot speak on its own. Free of limitations within our selected mediums, this extends to the ways we interact. Because we have reached inward to derive our own interpretation of the self, we see each other. We touch where masculinity cannot. We unearth safety that was never ours when we increase in numbers.

Masculinity has looked to the world for opportunity, while femininity has simply watched. If only people of varying identities and presentations experienced the same view, our outlook would have been the same. Today it is only words that separate the masculine and feminine likeness. We owe our progress to first and second wave feminists, who laid the groundwork. We have survived pain, so we can surrender to change. Learning happens when we interpret knowledge. We have learned to borrow elements of both when they accommodate our needs and desires. The same can be said for the feminist teachings of the past. This is the reason Beyoncé can recite poetry over a hard rock beat, and people can opt out of gendering  themselves and their bodies altogether. Resistance and conformance bring pleasure when we are left to choose when they take place. We are living in a time when women will not be forgotten, and we are using the tools of the past to build new structures.