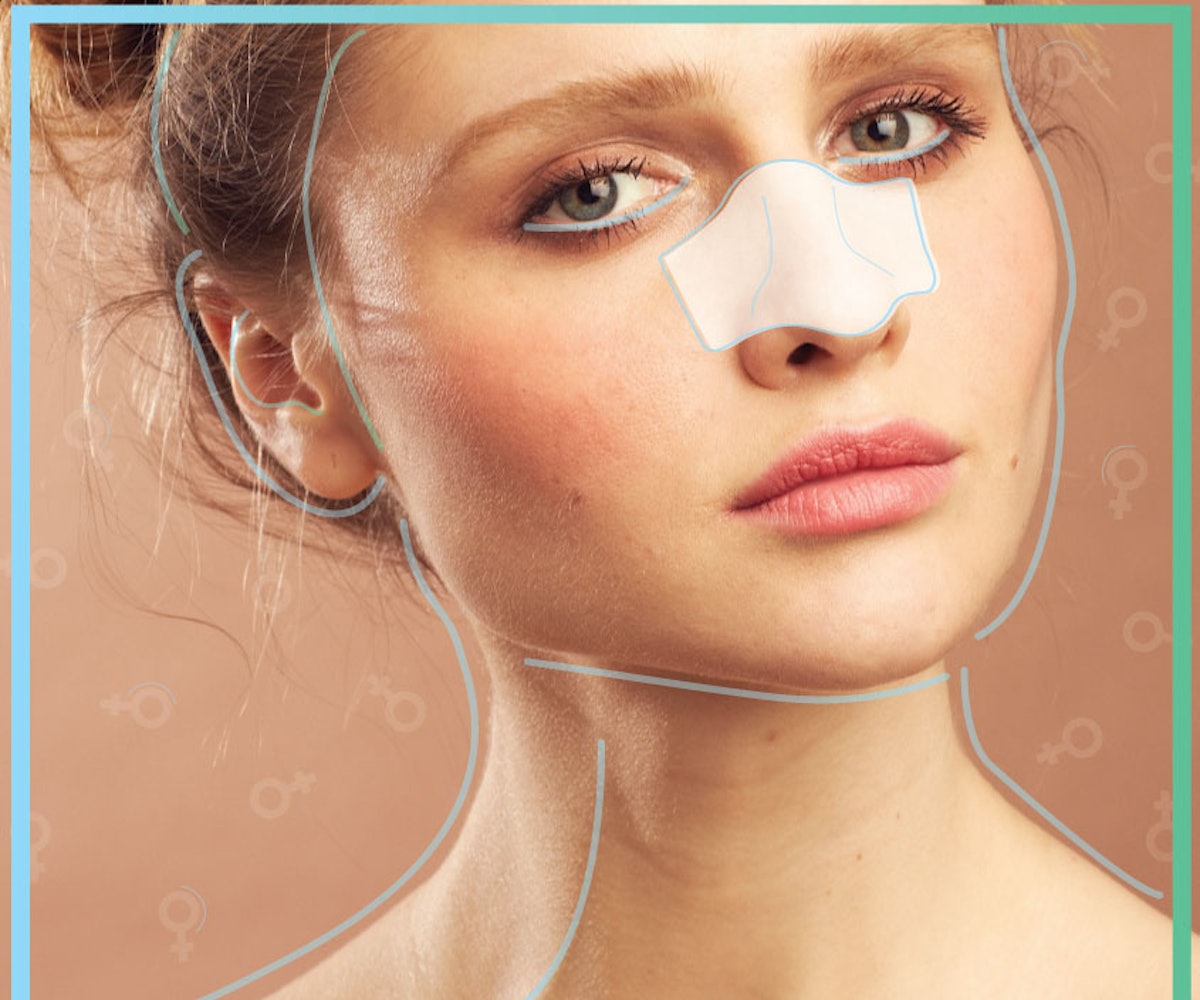 I’ve been a feminist for years. I’ve wanted a nose job for much longer.

I had thought about getting rhinoplasty (the surgical term) for more than a decade. I remember mentioning it to my mom when I was in middle school, not long after a doctor had confirmed the presence of my deviated septum, which meant one of my nasal passages was narrower than the other, mildly obstructing my breathing.

My beautiful mother passed down her family’s strong nose to me—its slightly crooked and pronounced bridge and fleshy, bulbous tip. My dislike of this part of my face didn’t take up an alarming amount of my brain space on a regular basis, but consistently enough that it always lingered there, not far below the surface, coming out intermittently when someone took a photo of me at a certain angle or when I was laughing and caught myself in a mirror, seeing it stick out more than usual.

Meanwhile, I developed my identity as a feminist in college. I credit a mix between the women’s studies courses I took, the wave of Internet Feminism in the mid-to-late 2000s, and a growing attentiveness to the politics that surround being a woman in the real world, outside of the haze of teenage self-centered tendencies. I discovered Riot Grrrl and Sleater-Kinney and bell hooks. I embraced my bodily autonomy and became aware that there are a lot of people (mostly older white men) in this world trying to make decisions about my rights and my body and my future—decisions that should belong to me and me alone.

In January of 2014, after turning it over and over in my head and being out of college for several years, I took the leap and seriously looked into surgery. My income and savings were modest, but I filed the procedure with my insurance, tightened the purse strings over the next several months, saved like crazy, took out an interest-free-for-a-year credit card and made the appointment.

I scheduled a consultation with a surgeon recommended by a good friend’s mom who had the same procedure and was pleased with her result. The doctor greeted me with a warm smile, sat me in a chair, adjusted the back, pulled a bright light towards my face like in a dentist’s office, and examined my face. He said my septum was crooked, mentioned a lot of things about my dorsal and bridge, and said he could fix all of it. I made an appointment for the fall.

By the beginning of autumn, it was a stretch to cover the $5,000-plus procedure, but I was able to do it all on my own, and that was a great feeling. I felt empowered and like I was taking control of the situation. I felt sure. I ended up getting a septoplasty, which is a non-cosmetic procedure since it just opened my airway (and thus was partially insurance-covered) and a simultaneous rhinoplasty, which straightened and slimmed things on the outside.

Though I had no reservations or second thoughts about getting the surgery, I knew some would inherently find the thought processes behind getting a nose job and being a feminist mutually exclusive. How can you sit there and claim feminism while getting plastic surgery? Honestly, it doesn’t seem much different to me than getting braces to correct crooked teeth.

The conclusion I came to was this: Feminism makes me feel free and strong, and like I can express myself the way I want to as long as I’m not marginalizing, hurting, or taking advantage of anyone. It makes me feel in control of my life and my decisions. It makes me realize my happiness and health are important. I knew this procedure was a thing that would make me happy—not because of how others would see me, but because of how I’d see myself. I could look at photos without immediately zeroing in on the middle of my face. I wouldn’t have to make sure my head was turned at a precise angle. It would be one less thing taking up brain space for the rest of my life. I would feel freer.

I acknowledge the inherent privilege that aided in me coming to this decision—financial and otherwise. I also realize that not everyone will understand or agree with what I did, and that’s okay. I would rather be happy and judged than be unhappy with myself because I didn’t want to be viewed as a “bad feminist.” I never felt the need to hide or deny the fact that I was getting cosmetic surgery. I wasn’t plastering photos all over social media, but if someone asked why I looked like I got socked in the face (more on that later), I told the truth unabashedly. I’m not ashamed whatsoever.

My mom came into town the night before my procedure. We drove to the surgery center early in the morning. I was led into a room where I removed my clothes and they stuck me with an IV on the top of my hand. My mom and the nurse made small talk and I sat there while the drugs seeped into me. Then it was time. I carefully slid onto the operating table and was instructed to stretch my hands out, like a cross. Then everything went black.

I woke up what was apparently four hours later—groggy, swollen, and with a head wrapped in tape, gauze, and bandages. A nurse led me from a bed to a wheelchair and helped me put my clothes back on. My throat was dry and felt scratchy from the breathing tube. My eyelids were almost swollen shut and it took nearly an hour for my blood pressure to return to normal. The nurse handed me a mirror, but I could barely see anything more than two big bandages in a giant X reaching from my temples to my chin, with a hot-pink splint peeking out at the tip of my new nose. My eyelids would turn darker and more purple over the next few hours, then bloom into two full-on black eyes.

There’s a lot of nonsense fed to women through entertainment, media, and society about how we should look and what is considered beautiful. I made this decision knowing I wouldn’t wake up with a “perfect” nose or a whole new self-confidence that I never had before. It was about having the power to change something I didn’t like and making the right decision for myself. Do I untag fewer photos of myself on social media? Sure—but my confidence level is pretty much the same.

It’s been about nine months since my procedure. I have no regrets and I couldn’t be happier with my new nose. I have yet to get the comment, “Something looks different about you.” The change is mainly only noticed by me—and that’s fine, because that’s exactly who I did it for.