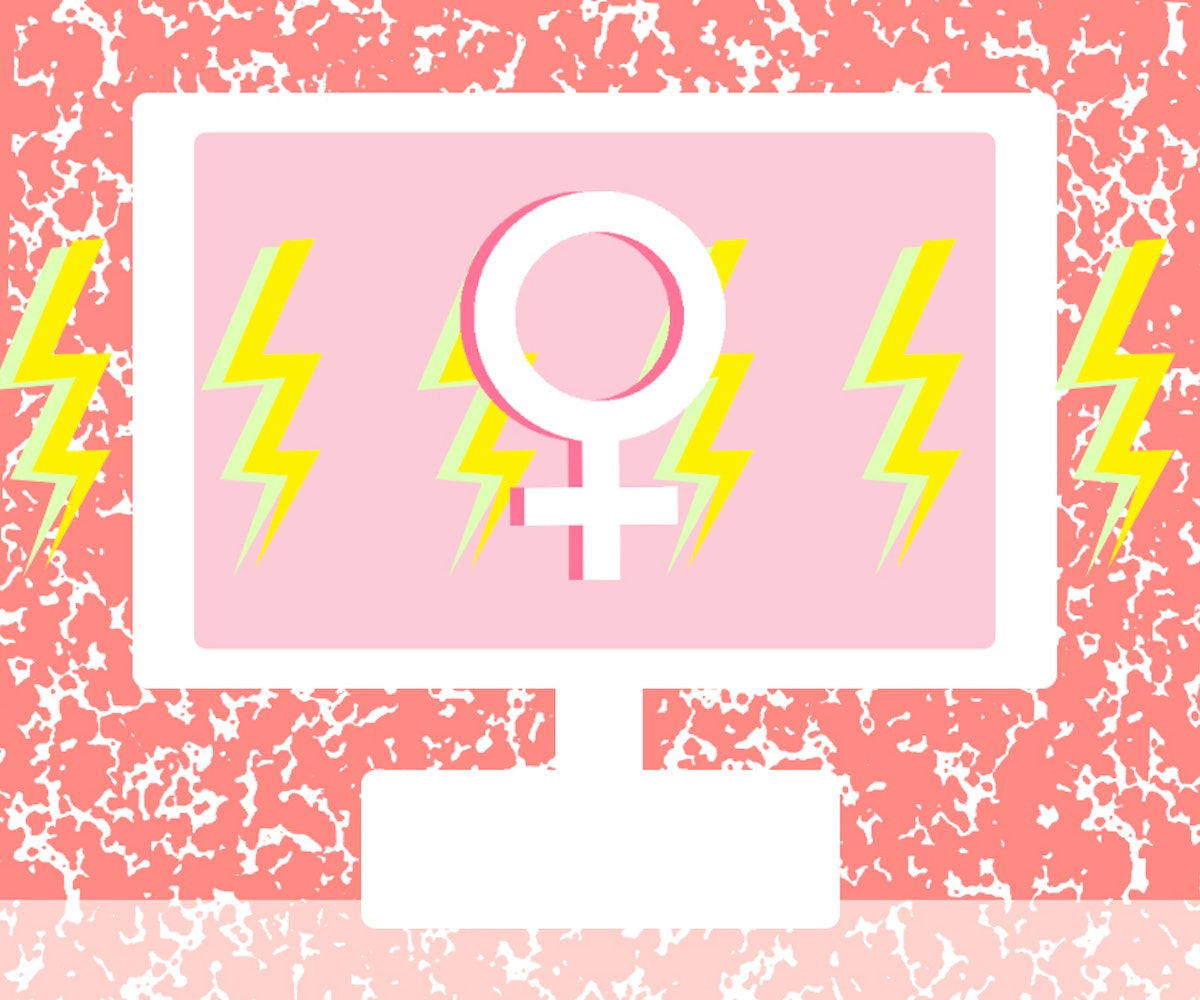 Over the past couple of years, Tumblr has transformed from a place that seemed to be exclusively for fandoms, wayward youths, and memes into a site where ideas are shared and information spread. This has led to the rise of social-justice bloggers and a general increase in thoughtful reblogs and favorites. For teens without informational sex-ed classes and people who didn’t have the opportunity to take a gender studies class, Tumblr can be a virtual classroom. It can also be the place for memes like Texts from Hillary and Feminist Ryan Gosling to flourish. Either way, the blogging platform has become a welcoming feminist space that we’ve embraced.

To add some gender-inclusive goodness to your Dashboard, check out the 14 feminist Tumblrs that we can’t get enough of. You’ll be reblogging in no time.

There’s nothing like a game of Cards Against Humanity to show you how truly terrible your friends, family, and acquaintances are, bonding you together forever. Now the card game has been made even better, thanks to a feminist twist. With cards like “unnecessarily gendered teas” and “that guy in your gender studies class who’s just ‘playing the devil’s advocate.’” This game hits close to home in the most hilarious way possible.

2. Saved By the bell hooks

Bayside High just got a whole lot more socially aware. Created by community organizer and artist Liz Laribee, “Saved by the bell hooks” combines the intersectional feminist theories of bell hooks with screenshots of our favorite ‘90s high school-center show, Saved By the Bell. The result: a charmingly nostalgic blog that also helps to explain some fundamental feminist theories.

If your high school sex-ed class was decidedly lacking (whose wasn’t?), never fear: Planned Parenthood is here, and their Tumblr is filled with all the reproductive health, sex, and advocacy information you could ever need. You can even submit a question for their Tumblr team to answer and live chat with a health educator for emergencies.

In the style of the (hopefully dying down) trend of celebrities using the phrase, “I’m not a feminist, but…” this funny Tumblr has turned the tables to mock both anti-feminists and those who see feminism as some sort of radical misandry. One of our favorite posts: “I’m not a misandrist but what is the problem with men? All I said was 'You’re pretty smart for a boy.' I complimented him and he just flipped out on me.” Too real.

Resident badass of the Supreme Court Ruth Bader Ginsburg (author of that 35-page dissent in the Hobby Lobby contraception case) never fails to inspire us. This blog has transformed the 81-year-old justice into a pop-culture-inspired powerhouse, increasing her popularity among a younger crowd and spreading awareness about these important Supreme Court decisions. The best part: Ginsburg’s grandchildren showed her the now-infamous meme.

Filled with clever illustrations (including a T-shirt that says “Donut Touch Me”), “Femsplain” is a blog community for anyone who identifies as a woman. In addition to following the Tumblr, you can also support the community by donating to its Kickstarter to help the site grow and hire more paid writers.

Whether you’re an aspiring actress, film aficionado, or just happen to see movies/TV shows/commercials every so often it’s clear that the roles available for women in the entertainment industry are dramatically limited. “Lady Parts” calls bullshit on casting listings and points out some hilarious yet sobering role descriptions, such as “Naked girl huddle[d] in the corner, shivering, and rubbing trash on herself. Compensation: Volunteer.” Cool.

“The Daily Feminist” is a must if you’re looking to fill your Dashboard with body-positive, sex-positive, inclusionary feminist quotes and phrases. The creators explain, “This blog is attempting to focus in on the way that women are treated in this society. This includes women of color, queer women, and literally everyone who identifies as a woman regardless of biology.” That’s an ideology we can all use a healthy dose of.

If you didn’t know whether to laugh, cry, or propel yourself off the face of the Earth when you discovered the #meninist trend on the Internet, we’re there with you. Thanks to “Meninist Problems,” we now understand the real issues that (privileged, white, heterosexual, cisgendered) men face every day on account of their gender. For example, “meninist problem #684 when you have to pay for dinner with the extra income you get for doing the same job as woman in your field.” The struggle is so real.

YikYak has been rising in popularity amongst college students and 20-somethings everywhere as an anonymous, location-based version of Twitter. However, there’s something about anonymity that allows misogyny to flourish—an unfortunate fact that this blog highlights and scolds by posting screenshots of offensive Yaks. Example: “It’s pathetic how women get special treatment and guys don't.” And the amazing response: “If I had a dollar for everytime I heard that I’d have 75 cents.” Boom.

Through photography, artwork, and speech, the Consent Awareness Project advocates for social change in response to rape culture and sexual assault. The nonprofit’s Tumblr accepts submissions of photos that feature the word “no” as a way to spread awareness of its mission. In addition, TCAP also shares information, art, and other campaigns about ending rape culture and sexual violence on its Tumblr.

After Fox News host Jesse Watters decided to call young, single, female voters “Beyoncé Voters” who “depend on government because they’re not depending on their husbands,” this Tumblr came into being to show just what political issues young women actually care about—through Beyoncé quotes and photos of women in politics. Birth control? Health care? Yes, these are issues that we’d like to have a say on. Because if you liked it then you shoulda put a (Nuva)ring on it.

It’s important to know our statistics—like how full-time female employees make $0.75 for every dollar that their male colleagues make for the same job. But since there is so much more information out there that proves that gender (as well as race and sexuality) inequality exist today, “Facts About Feminism” delivers followers statistics on sexism from legitimate sources as well as some inspirational posts in a simple, colorful format.

The only thing stronger than our desire for pizza is our desire for equal rights and opportunities. So “Pizza Feminism” is just a combination of our two favorite things, basically. The Tumblr superimposes pizza-fied quotes from our favorite famous feminists over photos of cheesy, perfect pizza for a result that’s both delicious-looking and socially aware. Just remember: “No one can make you feel inferior without your pizza.” - Eleanor Roosevelt.