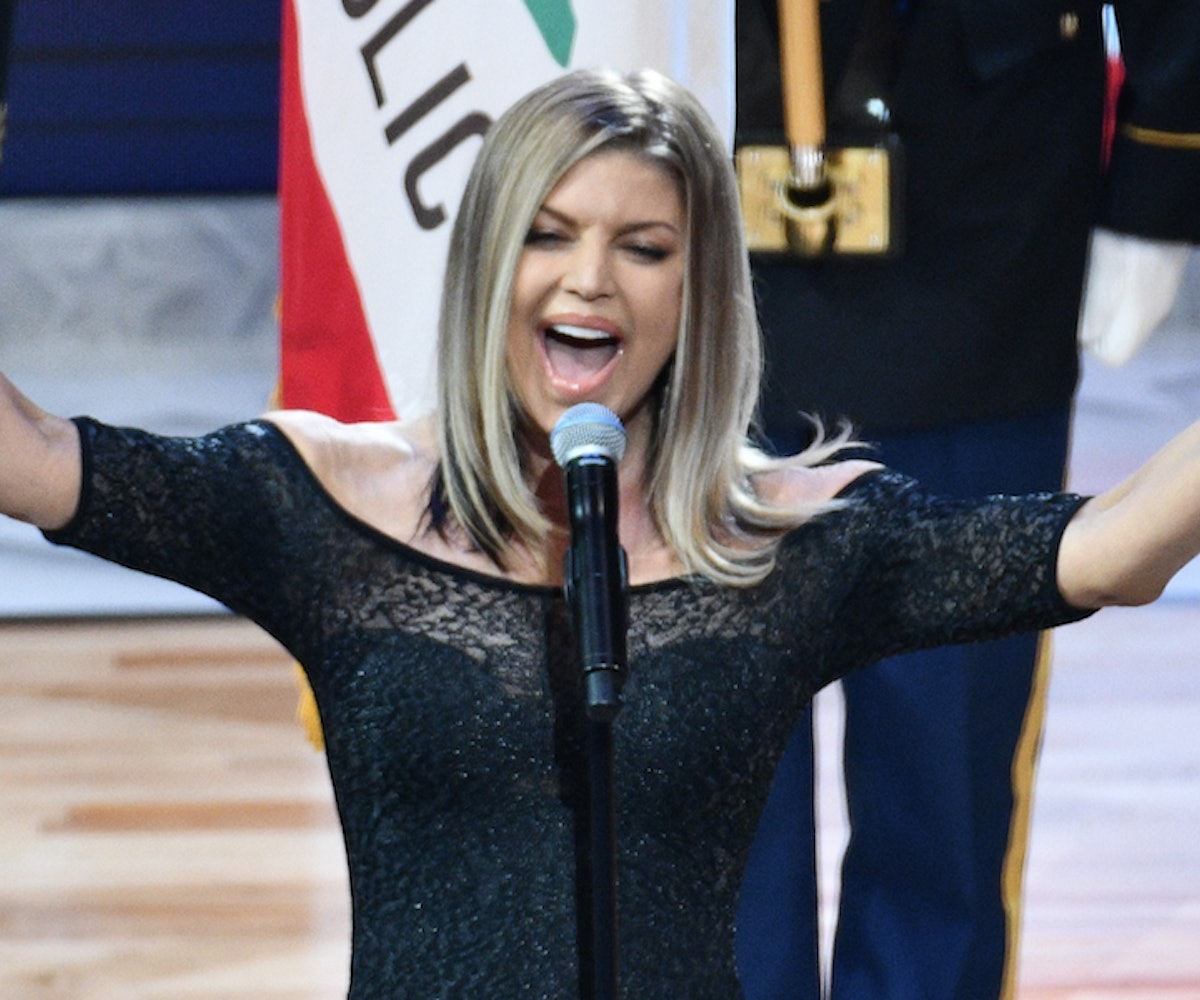 In case your ears missed it, Fergie performed a jazzy, slowed-down rendition of the National Anthem during this year's NBA All-Star game—and many people weren't a fan of it. In fact, her interpretation of the song garnered tons of backlash online.

Some of the critiques were incredibly and unnecessarily cruel.

Okay, so, obviously people are entitled to their opinions, and to share those opinions online. But the fact that these harshly worded opinions resulted in Fergie issuing an apology to TMZ about the performance is absurd.

Fergie told the site: "I've always been honored and proud to perform the National Anthem and last night I wanted to try something special for the NBA. I'm a risk-taker artistically, but clearly this rendition didn't strike the intended tone. I love this country and honestly tried my best."

In a time when the National Anthem is a focal point of protests, with athletes kneeling during its singing in order to bring attention to the ongoing plague of police brutality, the fact that a quirky rendition of the song could be drawing so much ire is just wrong.

And after all, is this a protest about the integrity of the album, or just wanting to complain about Fergie's performance? Because, if it's the latter, please get over it. People want those in the public eye to be perfect. And when, like Fergie, they aren't, they are harshly criticized. But they shouldn't be. At most, just crack a smile at the whole thing, like Golden State Warriors player Draymond Green did. Just chill. After all, as Green reminds us, it's just "the national anthem." So, get over it.