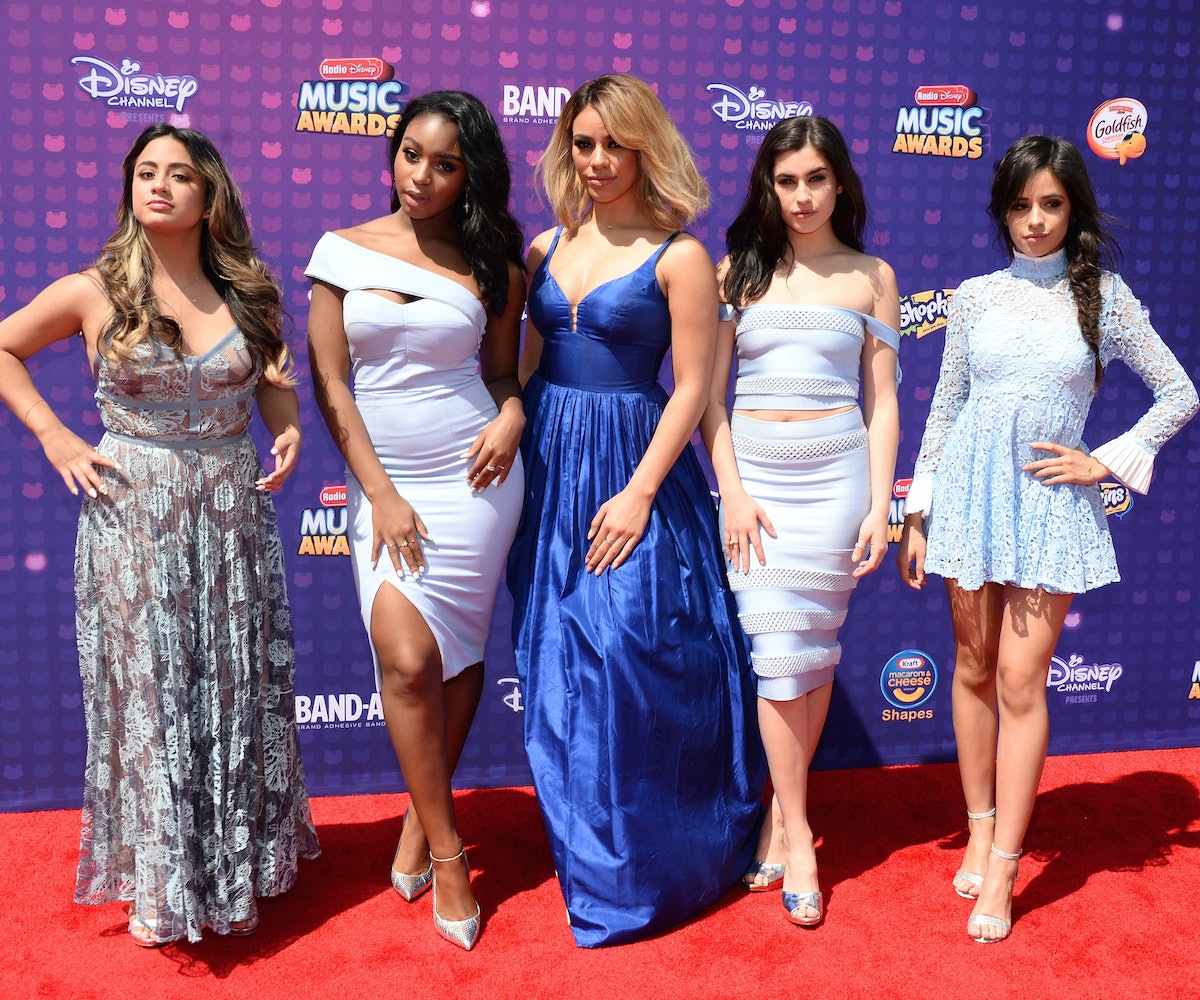 UPDATE (5/6/2016 12:30pm): Billboard released the following statement to Jezebel: "The photo circulating on the Internet is a manipulated outtake from a Billboard photo shoot. It was never published by Billboard."

Unless she has been very successfully hiding a rare and perhaps singular physical condition, Fifth Harmony member Ally Brooke does not have two right feet. And, yet, that is exactly what you see when you look at the new cover of Billboard. No, really, just look.

See it? No? Look closer.

How about now? This GIF from Jezebel will help you out further.

Mesmerizing, no? Matter of fact, close inspection reveals that the former Allyson Brooke Hernandez doesn’t just have two right feet in this image, she has two right legs—something that would not only make shoe shopping a chore but make finding decent jeans almost impossible.

All joking aside, this is clearly an epic Photoshop fail that we imagine the photo editors at Billboard are regretting deeply at this moment. That faint tapping noise you hear is the sound of them bashing their heads against their desks somewhere far in the distance.

It’s not clear at this stage if Billboard itself is responsible for creating the doctored photo—it may have been provided by the band’s management—but the magazine is surely on the hook for letting it grace their cover and appear on their social media (all official tweets and Instagrams using the image have been taken down).

On one side, it's easy to sympathize with the various individuals at Billboard who are, no doubt, fearing for their jobs at this very moment. On the other hand, this is just another prime example of how the quest for a “perfect” image of the “perfect” star with a “perfect” physique can actually mangle the very bodies retouchers are attempting to “improve” into impossible, disturbing shapes. It’s the definition of perversion.

Yes, this is funny at first glance. Ultimately, though, it’s very, very sad and a reminder of the continuing disconnect between what people behind the scenes think we want to see and the reality of what we actually want to see.

NEXT UP
Fashion
Balenciaga Will Reward You For Selling Your Vintage Bags Back
Life
Read An Exclusive Excerpt From I’ve Had To Think Up A Way To Survive: On Trauma, Persistence, and Dolly Parton
Life
On Repeat: Vaquera’s Away Collaboration Is Brought To You By Britney Spears B-Sides
Entertainment
Soccer Mommy, Wet Leg, & 48 More Artists Made An Album For Abortion Rights