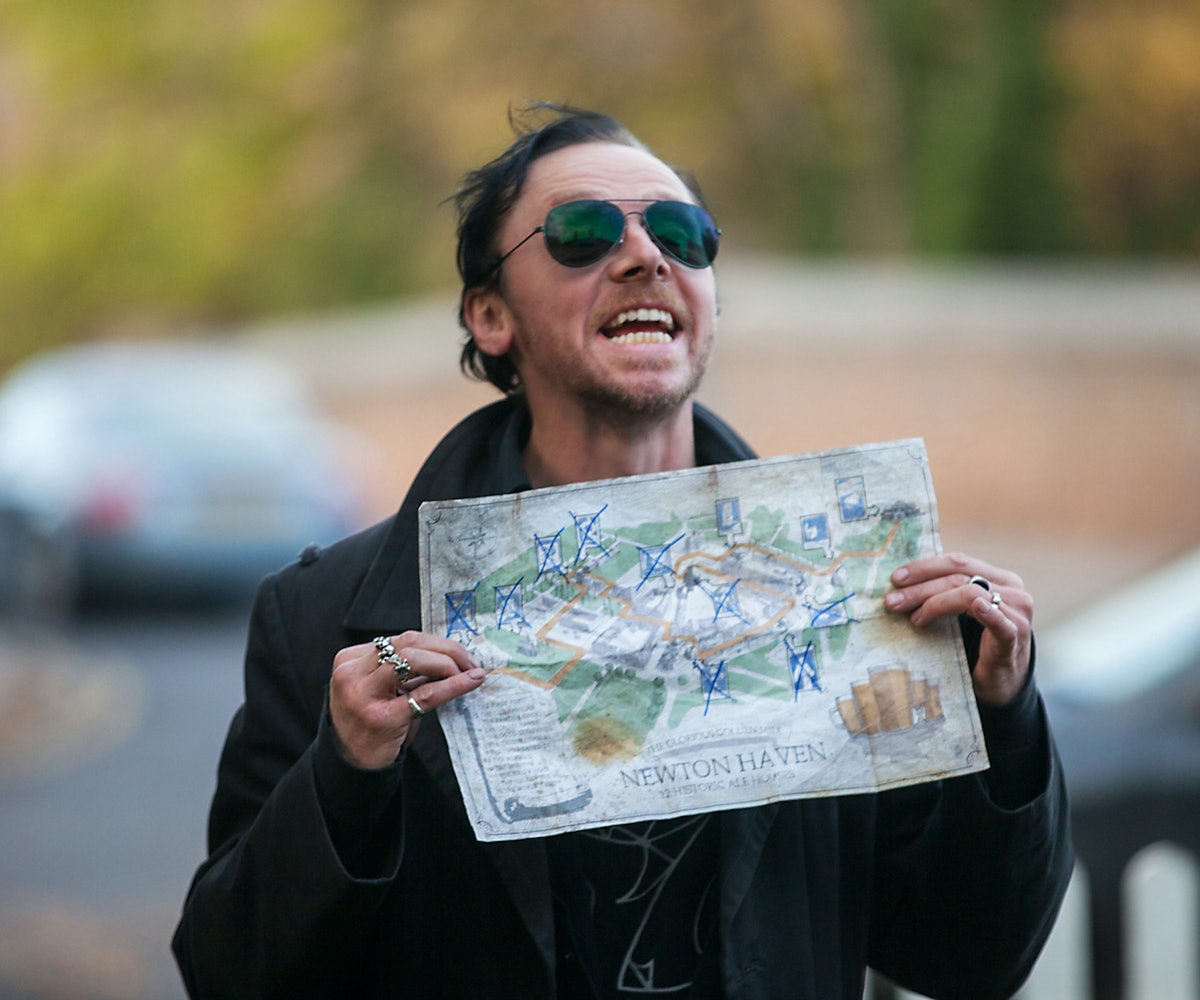 Nostalgia can be a dangerous thing. (We learned that it from Woody Allen's Midnight in Paris.) Nostalgia proves to be physically dangerous to the characters in The World's End, the final film in the Three Flavors of Cornetto trilogy from Edgar Wright, the man who brought you Shaun of the Dead and Hot Fuzz. The World's End starts out with Gary King, a washed up, addict seeking thrills played by Simon Pegg (who co-wrote the film), rounding up his married-with-kids high school buddies to re-embark on a beer crawl in their hometown that they attempted 20 years prior. All King wants is to relive the glory days of his youth, where a black duster coat and aviator sunglasses were all he needed to get girls and get wasted. I'll be the first to admit that a buddy comedy of 40-year-old British dudes does not regularly fall into the realm of movies I want to see, but I can guarantee that The World's End is worth watching, because what happens mid-way through the movie will appeal to everyone. I'm talking about the robots. OK, they're not robots per se (the movie even struggles to name them), but the blue light radiating from their eyes means they're definitely not humans. These machines/zombies/robots/weirdos have taken over the gang's hometown of Newton Haven and are not taking King and his buddies return quietly. The remainder of the film is hysterically amusing, with some Matrix-style fight sequences and drunken debauchery galore. The non-humans serve as a metaphor of the dangers of the living in the past--everything staying the same, well, that's just not human. Towards the end, the film gets a little strange and longwinded, but if you want to have a fun Friday night with your pals I recommend grabbing a giant popcorn and tuning in for some sci-fi comedy.