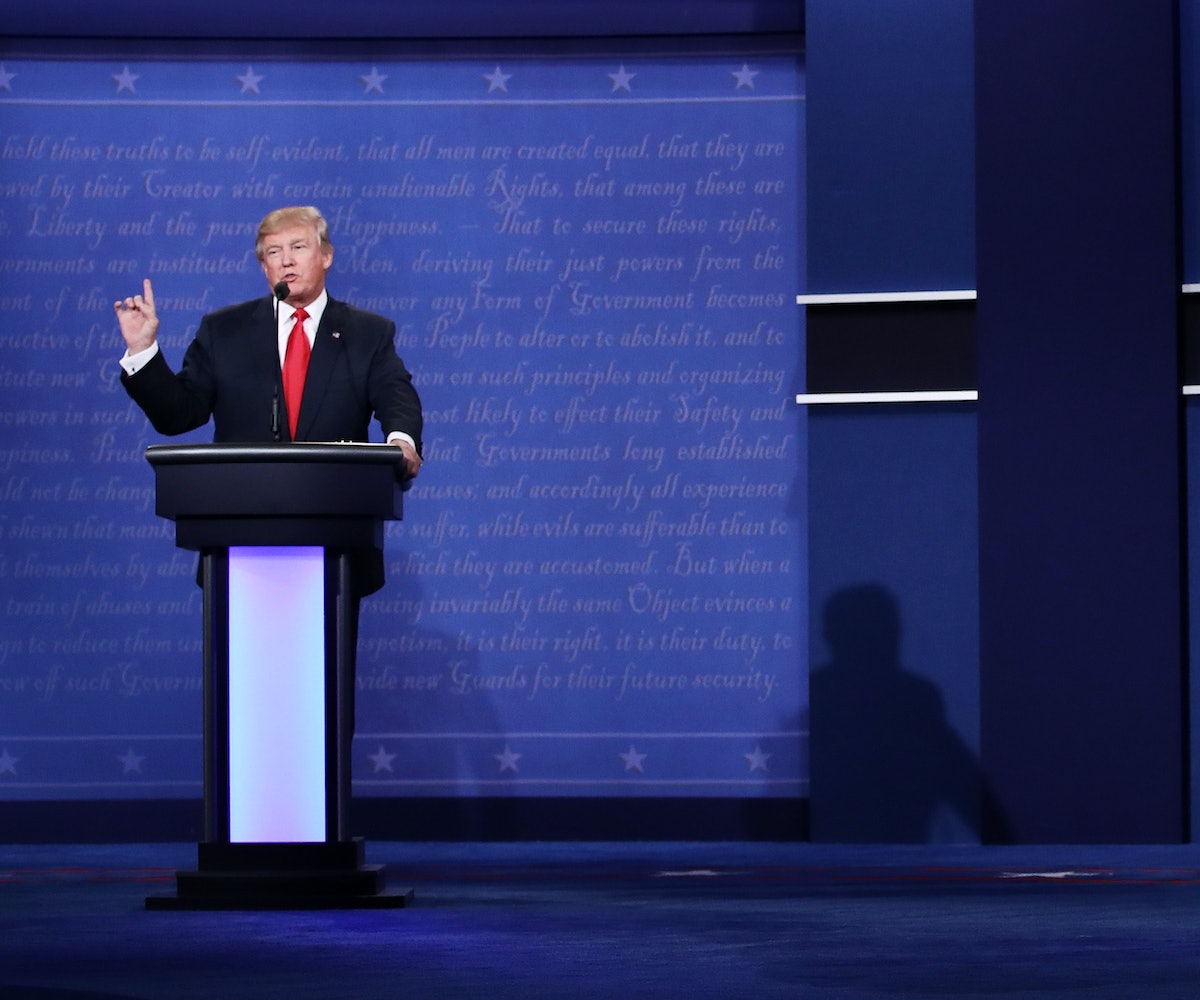 The third and final presidential debate went down Thursday at the University of Nevada in Las Vegas, and boy was it a doozy. The candidates sparred over a wide array of pressing topics, including trade, abortion, and foreign policy. At one point, Trump referred to immigrants as "bad hombres," called Hillary a "nasty woman," and even admitted that he may not concede the election after he's likely declared the loser on November 8. So yeah, this thing's over.

It was a typically mind-boggling performance from the Republican nominee, and celebrities far and wide flooded to social media to openly mock, condemn, and react in plain disbelief to some of the outrageous things Trump said over the course of the 90-minute debate.

Chelsea Handler noticed that Trump's sniffles had returned, tweeting that "Trump’s sniffs are like snowflakes. No two are alike.” Judd Apatow attacked Trump's lack of preparedness, writing that he "sounds like a kid who didn’t do his homework who is faking it in his speech to the class." After Trump called illegal immigrants "bad hombres," Zach Braff noted that it would make a "good band name," while Star Jones reacted with a touch more vitriol. "Did this MF just say we have some ‘bad hombres here?’ I can’t," she tweeted angrily. "He gonna make me cuss.”

When it came to the subject of abortion, Trump's unpopular stance drew the ire from celebs like Chloë Grace Moretz, who tweeted that “A man that thinks a woman should be punished for making a decision about her OWN body is NOT a presidential candidate.” Sarah Silverman took issue with Trump saying his many sexual assault accusers were doing so for the fame. "Yeah we all know how women LOVE the fame & attention they get when they come forward w being sexually violated,” she tweeted.

As for Trump calling Clinton a nasty woman? Andy Cohen, for one, was not having it, tweeting: “Did he call her a ‘nasty woman’?? How about you’re a f*cking asshole. Check you at the taco place at Trump Tower, dude.”

We couldn't have said it better ourselves. Check out all the best celebrity reactions from Wednesday's debate below.