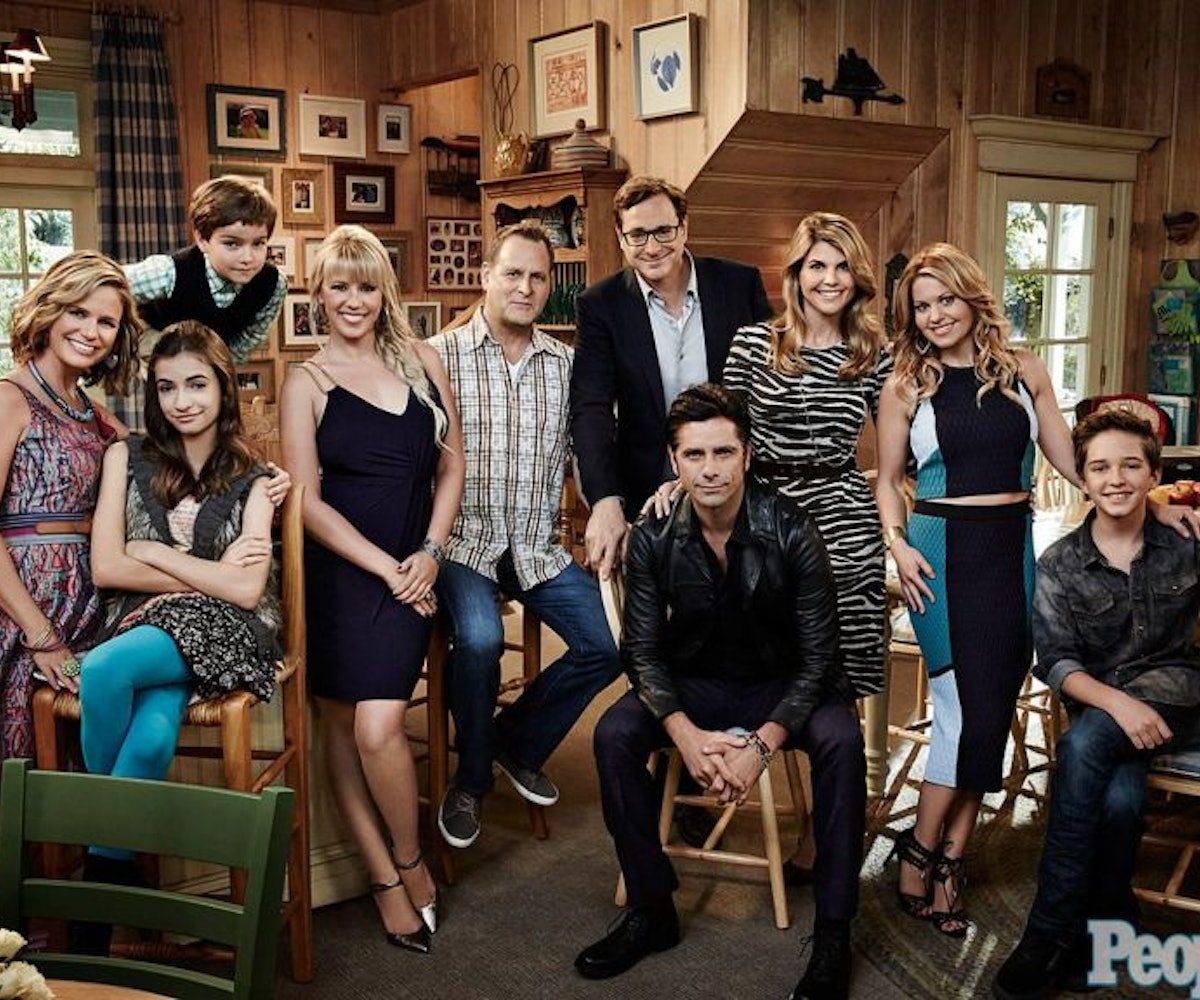 After months of cryptic teases and ghostly trailers, Netflix is going all in on their Fuller House marketing push, having not just released an official cast photo (above), but actual stills of the Tanner fam in action, proving that those empty rooms will indeed be occupied by living humans. The Olsen-less photos feature all the familiar faces, plus some new, stranger faces.

The boys belong to D.J. Tanner, and that young lady is daughter to Kimmy Gibbler, who has moved into the house with D.J. and her family. But where are all the dads? Where's Steve? And is that where Danny, Joey, and Jesse come into play? And what is Stephanie's deal? Is she the wild party girl trying to get D.J. and Kimmy to hit up some clubs? So many questions that won't be fully answered until the show's 13 episodes debut on February 26 (or until the full trailer hits, probably tomorrow). Click through the gallery to see all the fun pics!