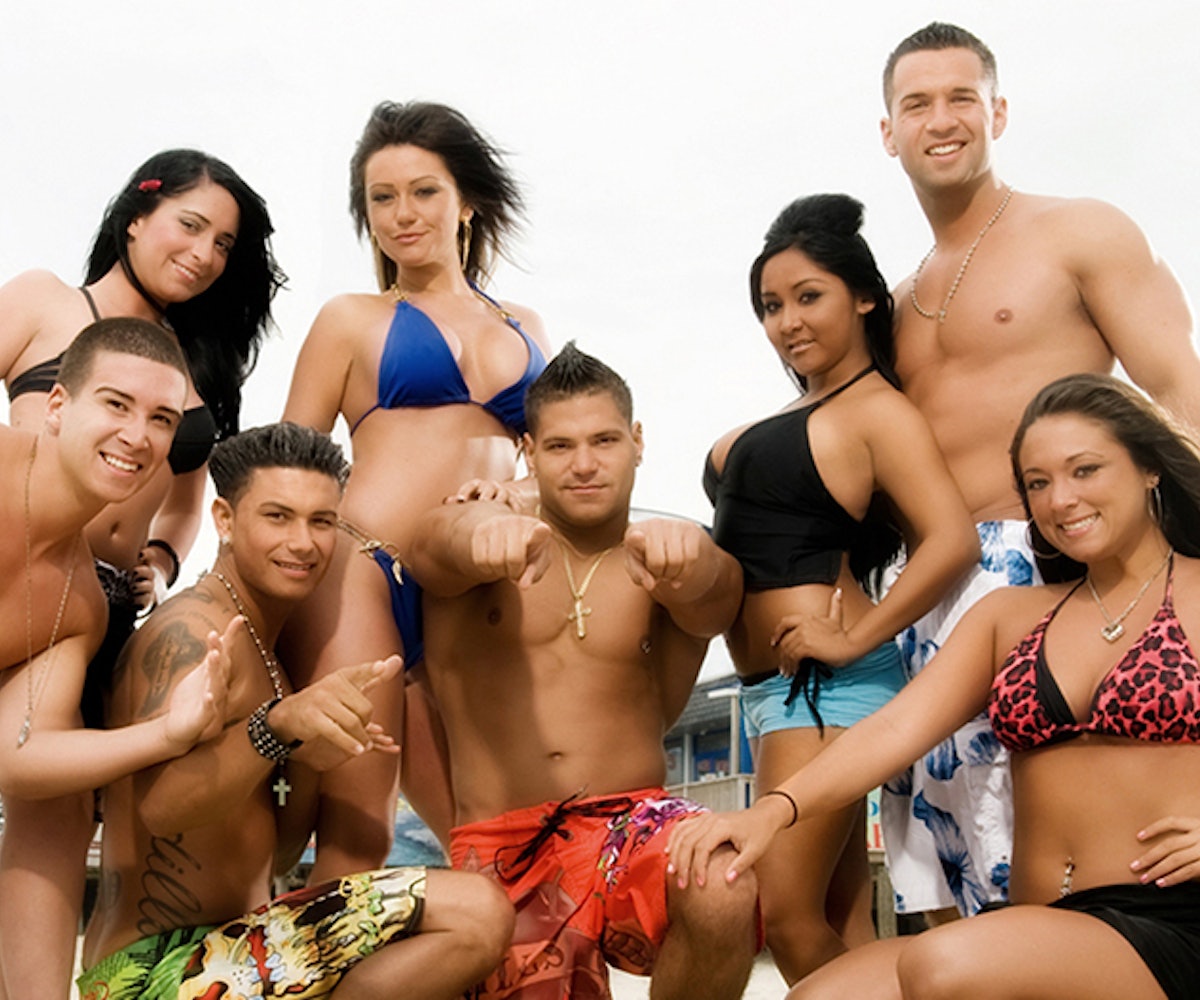 New year, new meme. Three days into 2017 and the internet has given us the first piece of content you didn't know you needed and all that other internet-y bull. In all honesty, though, did you know you needed screenshots of MTV's Jersey Shore paired with random movie titles? I did not, and yet here I am, emerging from a Twitter hole I fell down for about half an hour, tumbling past photos of Nicole "Snooki" Polizzi wearing a milk carton hat paired with the phrase "Gone Girl (2014)." Th-hank you!

Why Jersey Shore, you ask? Why...not? The infamous MTV show will celebrate its eighth premiere anniversary this December, which might be considered a milestone. This December will also mark five years since Jersey Shore went off the air, and five is the more conventional anniversary to note than eight but whatever. We are here. We are alive. We are making mem(e)ories.

Like the cast of Jersey Shore, the meme was not destined to remain exclusive to the Jersey Shore. It has since spread to other pop culture moments, including clever cross-pollination of iconic 2016 memes.

The edge of 2017 is just now behind us. May the memes we quickly make go viral and just as swiftly burn light the way.