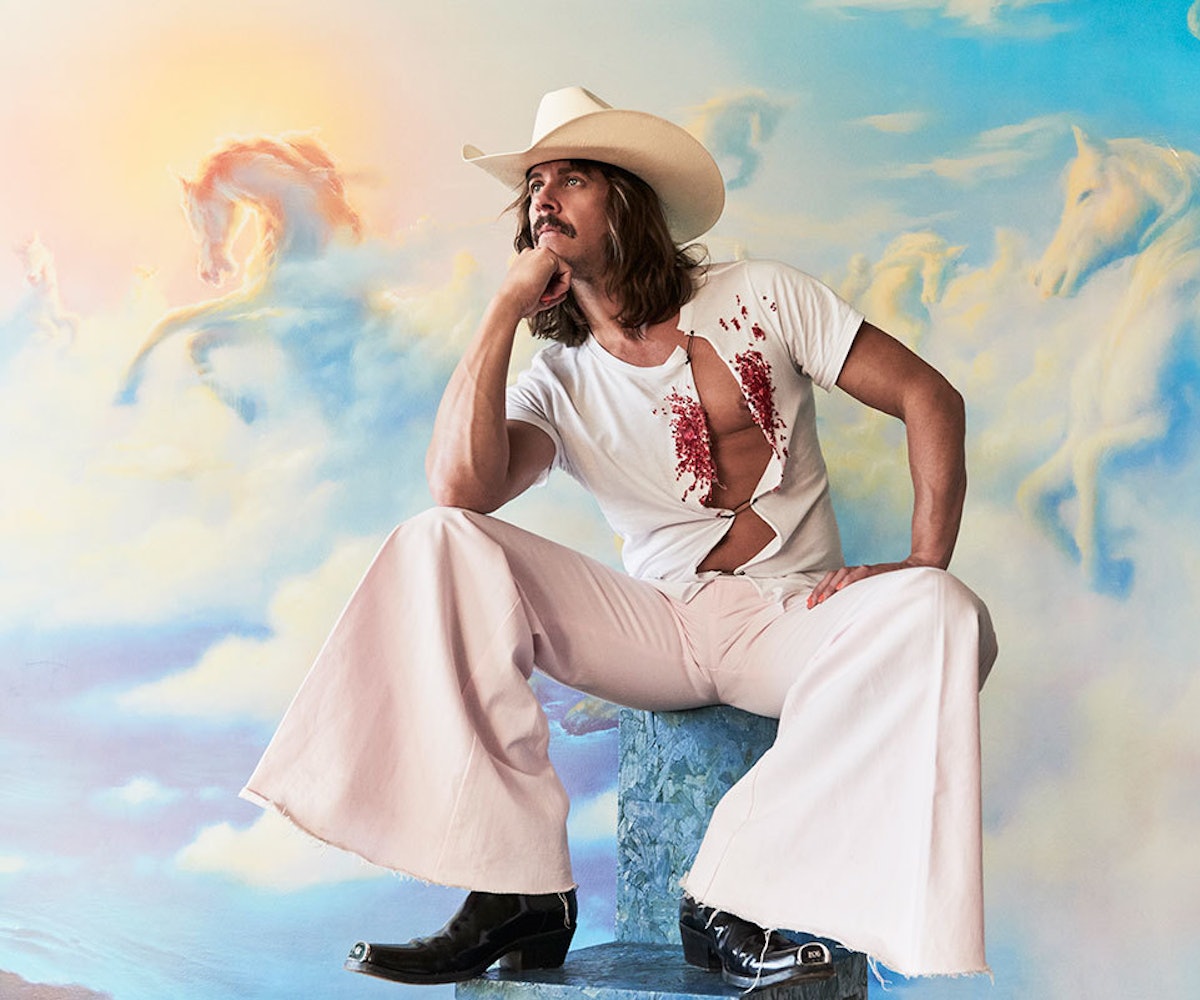 Casey Spooner knew he wanted to make an unadulterated queer album the moment he stepped into the studio. He saw the ways technology was liberating the community, connecting it and, at the same time, hindering it. No one was making art that spoke to it, though. Or, at least, art that held nothing back about the lived queer experience—from anonymous hookups to popper culture and the intersection of desirability and aging. "I wanted to deal with the sexual era that we're living through tied to technology," he says. "It's this queer digital sexual thing I saw merit in that I felt needed to be reflected. My agenda was very clear."

The result is Sir, the first Fischerspooner album he's made with music partner Warren Fischer in nine years. Spread over 13 songs is a portrait of contemporary queer sexuality that drips with sweat; it's carnal and intimidatingly primal. It speaks to an innate desire for connection, release, and, yes, validation. There's an element of prestigious sleaze to it, the kind that turns a listener on in a way they've always wanted to be but were maybe unsure of themselves to experience in real life. (Perhaps that's just me.)

A lot of that grittiness has to do with R.E.M.'s Michael Stipe. A former lover of Spooner's, Stipe came in and reworked Fischerspooner's entire process. "Once Michael got in charge, he created some boundaries—read: nearly getting rid of them—and rewrote the way we worked," Spooner says. "It yielded a more raw performance for me." Said performance pushed Spooner to improvise on tracks, like spitting sounds out that eventually, with the help of Stipe and producer Andy LeMaster, turned into words and lyrics. "On 'Get It On,' there's one section where I wasn't exactly sure what I was saying," he says, "I was just trying to imitate Rihanna, but Andy found the words in it." Because of their history, Stipe helped Spooner express his desires. "He was writing for me, through me, as me," he says.

To some, Sir may be too provocative. And that's the point. Take the visual for "TopBrazil," a stunning piece of art celebrating queer sexuality with nude men writhing around each other. It comes with an NSFW label even though a video featuring women doing the same thing wouldn't. That representation, however, is extremely important. Seeing different body types—femme, masc, and non-binary—in a lush, sexualized context is essential because it shows that any and every body is worthy of love and desire.

"I feel like I've grown," Spooner says of his experience making this album. "It's interesting to be an aging gay man because I didn't have a lot of older gay men I grew up around or looked up to. I'm kind of having to rewrite what it means to be an aging gay man because most images you see of gay men are a little tragic; they're always like desexualized and pathetic." For Spooner, this reclamation of his sexuality, and translating it into music as sexualized as this, is his way of saying, "I don't have to be tragic. I can be amazing."

As an individual who's relearning how to be sexual after a decidedly less-sexualized long-term relationship, Sir is an out-of-body experience. It does what porn cannot: makes sex believable. It's not hard for a queer person to identify with the exchange Spooner has with an anonymous voice in "Discreet" asking whether they're looking for sex and what they're into. The magic of songs like this is it removes the fear surrounding an exchange like that and, in turn, subverts it into something all the more alluring. "I can be your thing," he sings and, in doing so, makes the listener believe they can be, too. Sir is an album of exploring one's own sexual limits, that turns the shame inherently attached to queer sex into something to celebrate. How radical. How timely. How necessary. Like the song says, have fun tonight.