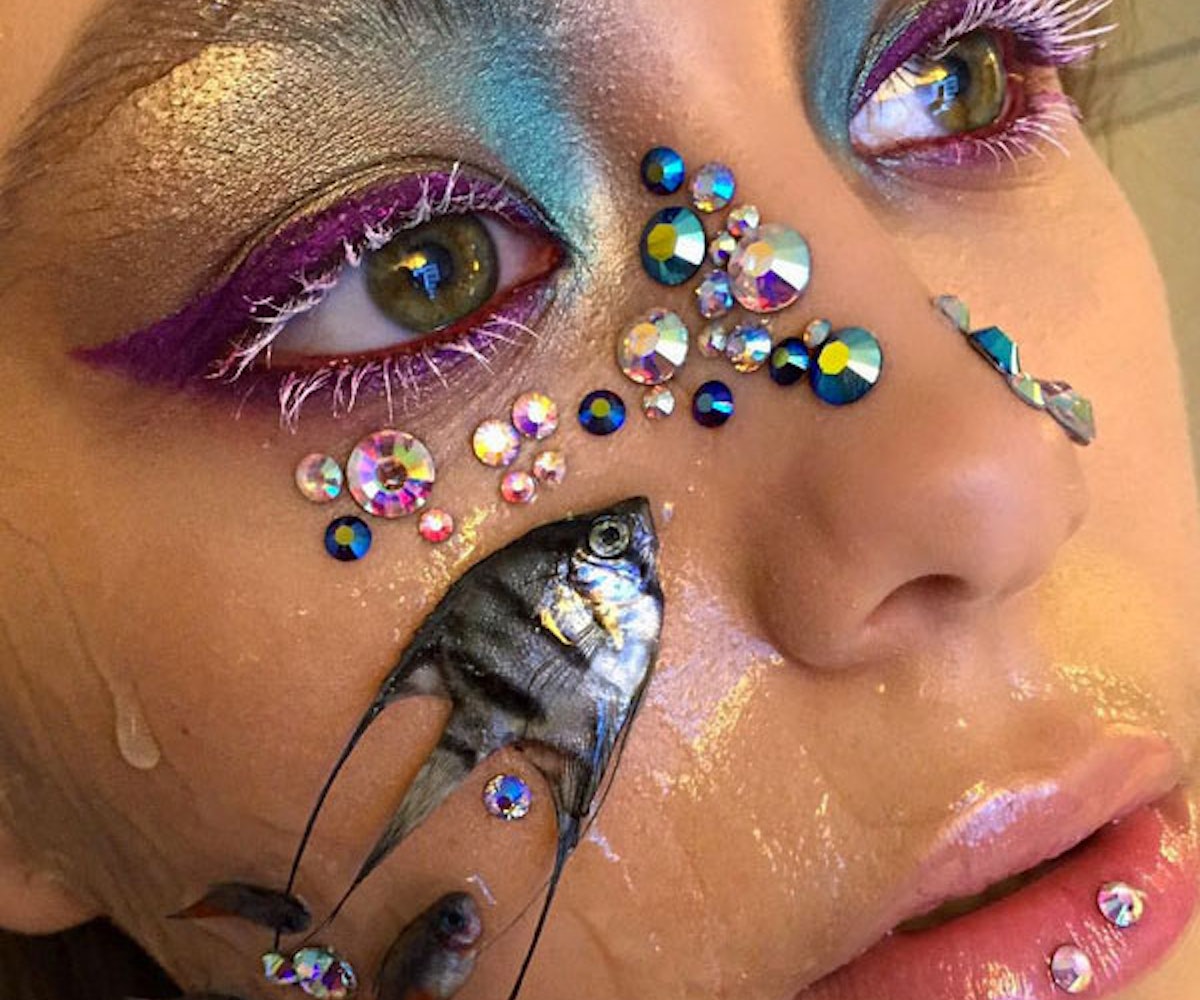 Once upon a time, there was a little mermaid named Ariel. After having her voice stolen by an evil sea witch so she would have the ability to walk above water, Ariel realized that life was actually better "under the sea." Apparently, a makeup artist from Moscow did not get that memo though, as she decided to incorporate real fish into her work on set. (Ironically, she posted this fan art of Ariel on Instagram.) Elya Bulochka decorated models' faces with dead angelfish and neon fish for a fashion shoot.

As expected, people online were outraged and the makeup artist has been under heaps of scrutiny courtesy of animal lovers. Bulochka tried to defend her choice by posting a photo of herself with sardines on her face to show the double standards. The Daily Mail reported that the backlash initially started when Bulochka posted a photo (that has since be deleted) of a clear bag of fish with the caption "Guess what I'm going to be wearing today?" Aside from being gross in general, we also question the sanitariness of using real fish as opposed to fake fish. Was it worth it? We think not.