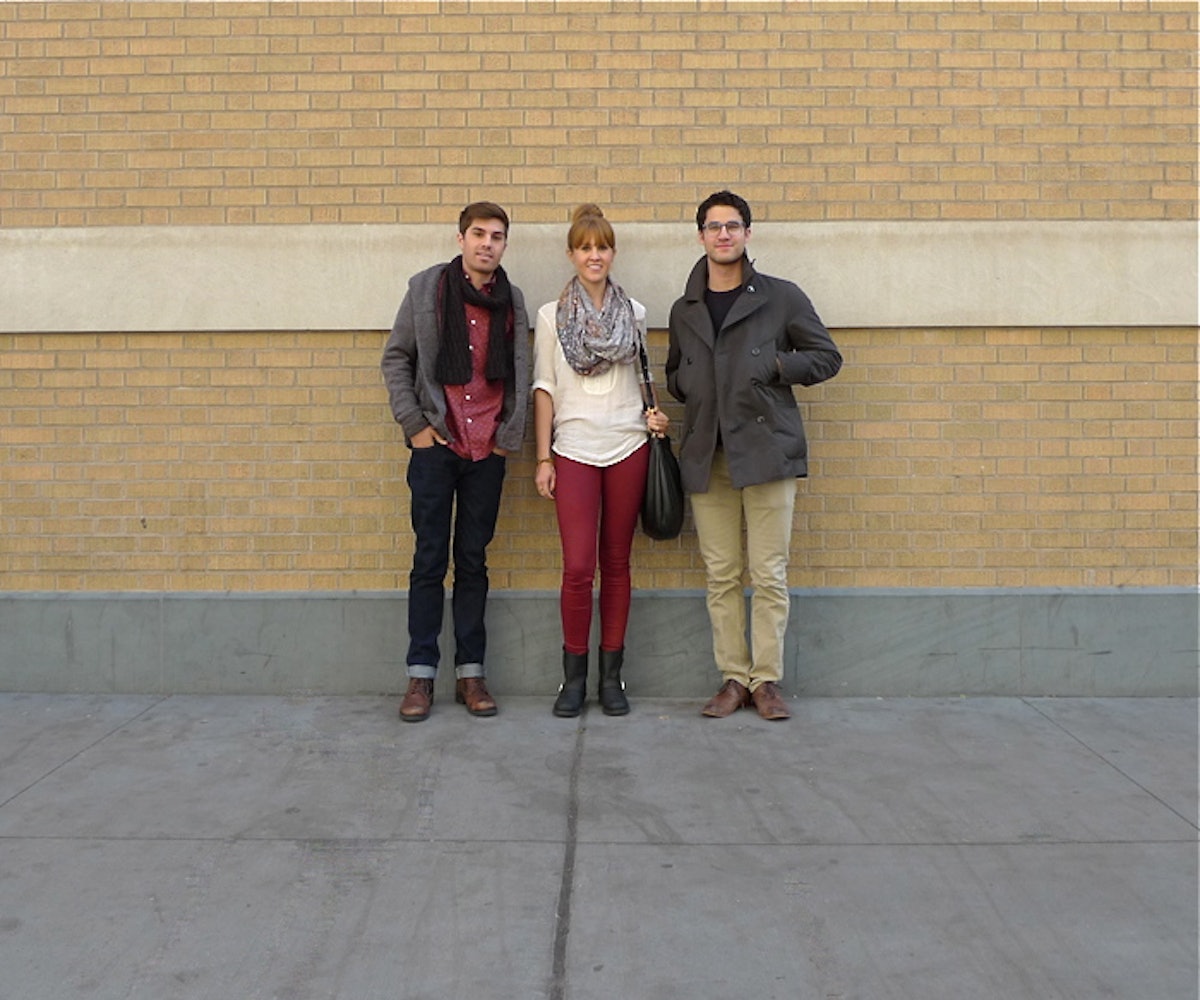 You may know of Darren Criss from his stellar voice and current role on Fox’s hit TV show Glee. But these days, showcasing his wide array of talents to millions of fans isn’t his only interest.

You see, his time spent performing, walking red carpets, and being in the public eye (along with a little help from a “mother that made him wash his face everyday”), have pushed Criss to become somewhat of a grooming enthusiast. So much so that he’s now a partner in the e-commerce grooming shop, The Motley.

Started originally by brother and sister duo Matt and Madison Ruggieri, Criss had heard about the site through a friend. And because of his avid interest in high-end men’s products, he knew he had to meet them both. Within a week, the three had all been introduced, and the rest is history.

However, this partnership isn't so much about Darren Criss the celebrity -- but rather the fact that he actually knew about the products and understood grooming. In fact, Madison recalls having an hour-long conversation with him about skincare the first time they met, while Matt simply added, “he was so into it, it just made perfect sense.”

Today the trio is finally releasing the brand’s performance skincare line named Port Products that has been a year in the making. As natural as possible, yet still extremely effective, the idea was to craft products in which every ingredient has a purpose.

But before you run off to purchase the newest products HERE, take a look at what the folks behind The Motley had to say when we asked them our five questions…okay this time it’s six (we added an extra one for those of you slowly easing in to the whole grooming experience).

Matt: Madison actually gave me my first CD, it was Blue by Third Eye Blind.

Madison: It was Tragic Kingdom, and I had a big fight with my cousin Molly about whether Save Ferris or No Doubt was cooler.

Matt: I had a Linkin Park poster and a lot of other bands.

Madison: There was a Kurt Cobain poster on the ceiling above my bed.

Darren:Star Wars, The Beatles, and a lot of other random bands. Also, "Transformers" could be added to the list.

Matt: I think I went to some Epitaph Tour or something.

Madison: My first live show was Elton John when I was in 5th grade.

Darren: It was Warped Tour, I couldn’t even tell you the year though.

What was you favorite TV show/cartoon growing up?

Matt: I don’t watch too much TV, but I would always watch music videos.

Madison: I wasn’t into cartoons, but I was obsessed with "I Love Lucy."

Darren: I watched so many cartoons, but "Beast Wars" was a huge show for me. I would literally leave school early. There was a girl I had a crush on and I was given the option of talking with this girl finally or making sure that I got in my moms car so I wouldn’t miss the last episode of "Beast Wars." I chose "Beast Wars." I never talked to that girl, but I don’t regret it.

Matt: I had a hand me down car that I shared with my twin brother. It was the biggest Sedan you could have…it wouldn’t fit in a parking spot…we called it the blue whale.

Madison: It was an 86’ Pontiac that started without a key. You could just turn the ignition, you didn’t need a key.

Darren: I drove an early 80’s Benz that we called the Blue Angel. It sounds really classy but when you live in San Francisco and have to drive it up hills and it becomes a liability to the rest of the city…but I love that car.

Do you have a grooming tip to share with our readers?

Matt: Find a moisturizer you really like. When you wash your face, you strip it of oils both good and bad, so find a product that holds in moisture and stops your skin from producing pore-clogging oil.

Madison: Don’t use a lotion on your face when it’s really dry.

Darren: Before you shave, always clean your face in some degree or use some sort of exfoliate.