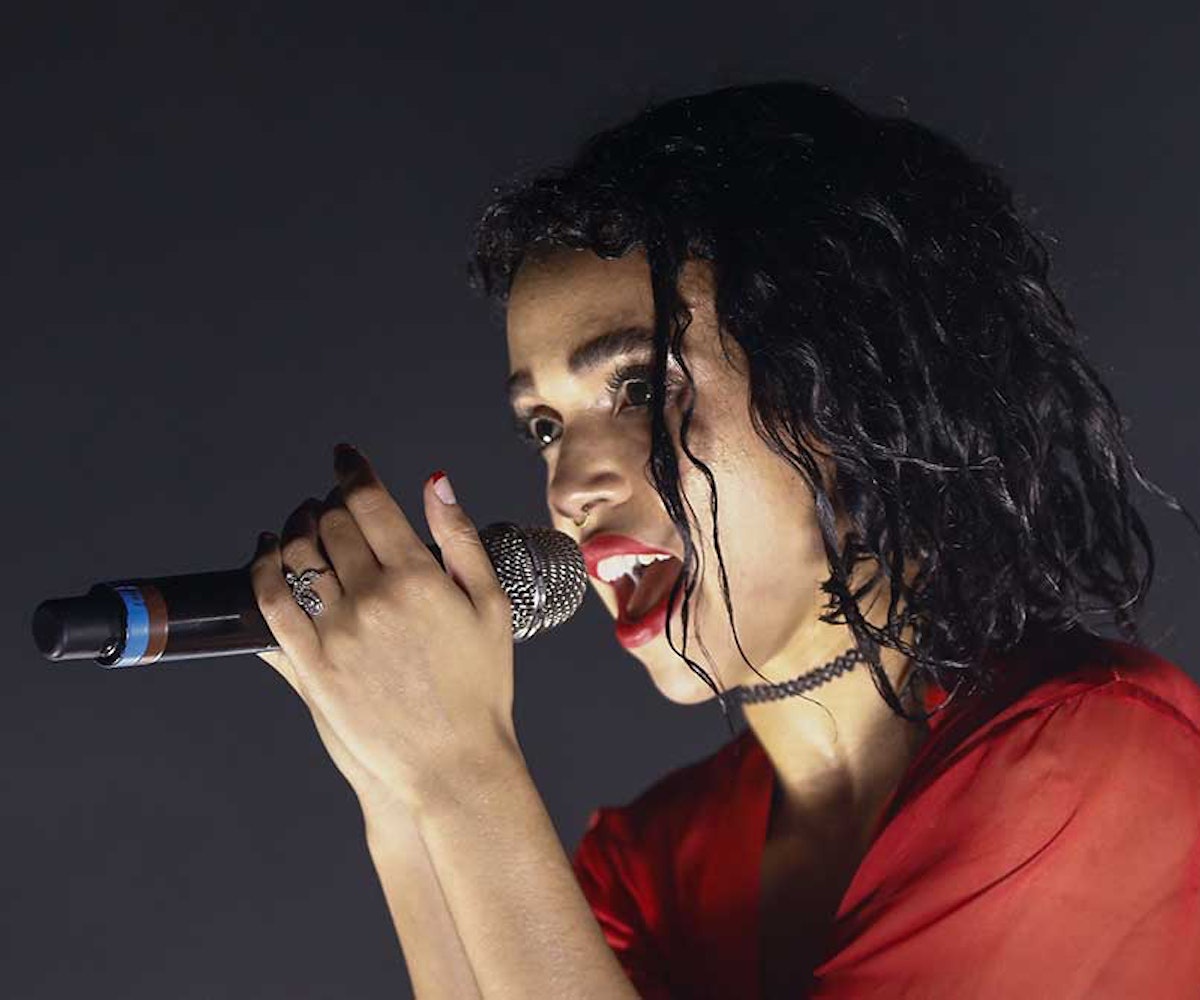 Over the past few months, most of the talk around FKA twigs revolved around her relationship with her fiancé, Robert Pattinson. But, as is bound to happen with any great artist, twigs is about to take control of the conversation and spin the focus back on what really matters: her music. This morning, she premiered her first song since March's "Glass & Patron" on Zane Lowe's show on Beats Radio 1. Partially inspired by eternity and Voguing's figure-eight hand motion, "Figure 8" is an extremely energizing, kinetic track. With ominous bass undertones, static sounds, and a cryptic, curt end, it's undoubtedly one of the most experimental, evolutionary songs of the past few years.

This is the second song off twigs' forthcoming EP, which is expected to release later this year. "I actually finished the EP last year around November, but it's just taken me a while to complete the videos and get my headspace together," she said when asked if she intentionally released a new song after her last planned performance at Lollapalooza. "And, you know, I just believe in doing things right... It's not a deliberate thing, it's just sometimes the planets align and it kind of works out that way."