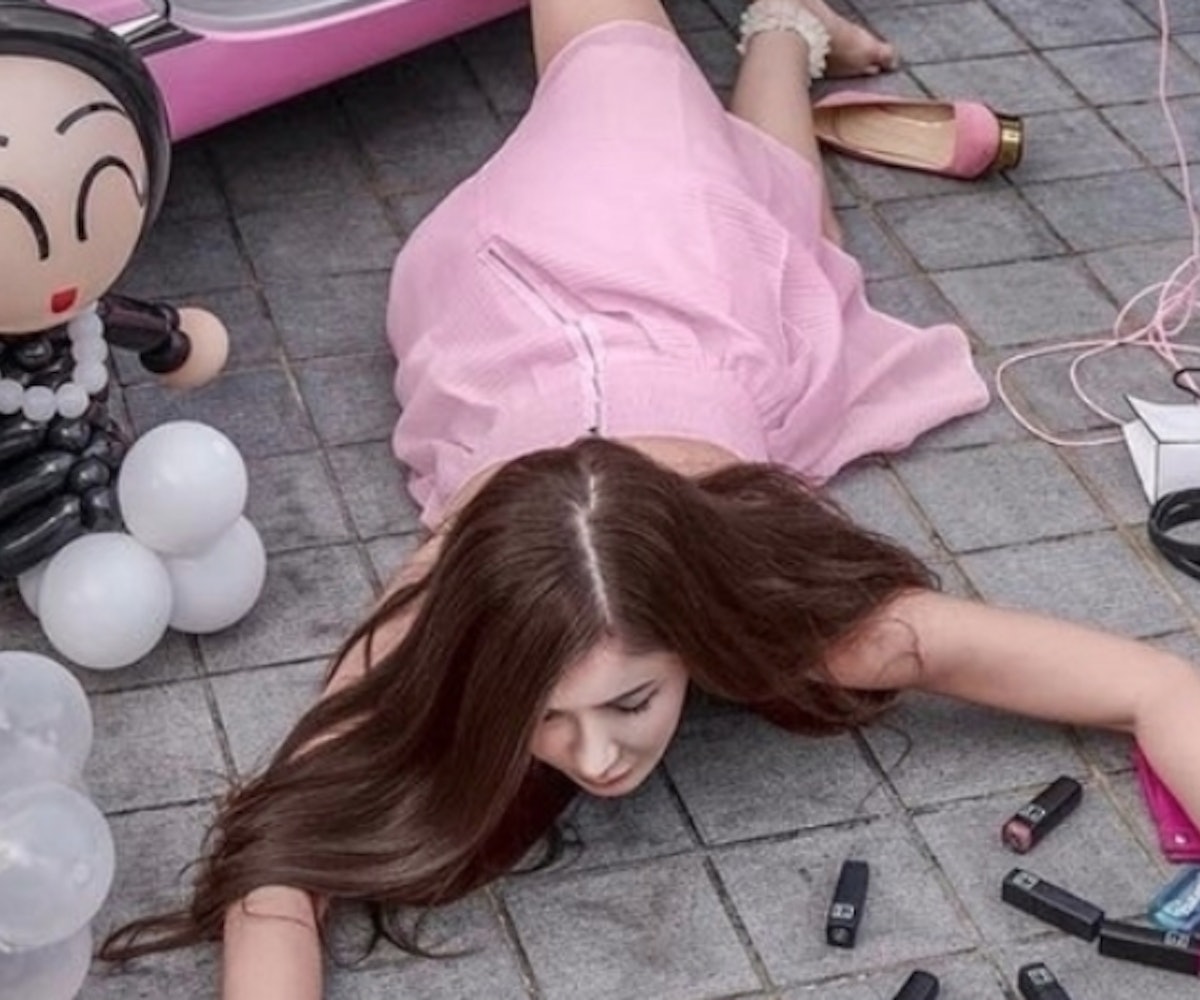 Photo via @perezhilton on Instagram
by Allison Stubblebine
Oct. 24, 2018

China's "Flaunt your Wealth" meme is the most ridiculous internet trend of the bourgeoisie since Rich Kids of Instagram and Snapchat. The wealthy social media influencers of China are tossing their most expensive possessions through their overpriced car doors, before throwing their bodies on top of them, all for the sake of an Instagram post.

It's just as cringey as it sounds. In photos sourced by ABC News, influencers can be found laying across parking spaces and even crosswalks—yes, they're stopping at a red light to throw themselves into halted traffic for the 'gram. One woman who was photographed in the crosswalk was later ticketed by police, but not after snapping the perfect shot of her thousands of dollars worth of products scattered around her head on the pavement.

The challenge is tied all together using #FallingStars, and so far tens of thousands of users have contributed. Only now, many of the pictures uploaded are parodies, with kids falling onto their legos, or a costumed trick-or-treater falling onto their candy loot.

Personally, I think I'll save myself the time (and mess).