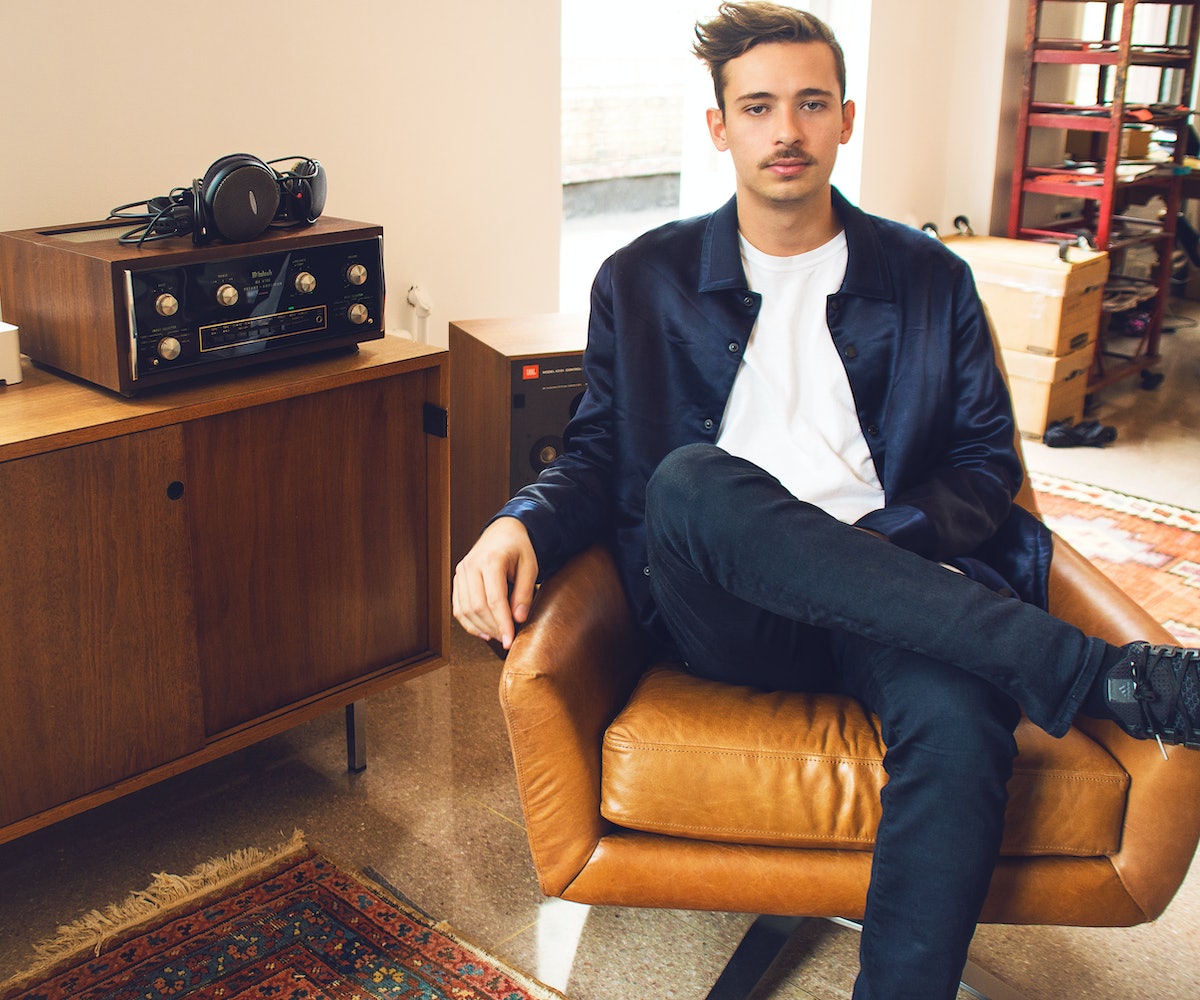 Harley Streten is only 24-years-old, but under the moniker Flume, he headlines the world's most iconic music festivals all year round. "My life is a calendar," Streten tells me. Given his day (and night) job, you would expect Streten to come into an interview with an ego the size of the stadiums that he performs in. Instead, the guy who strolls into the room is super laid-back and chill. When he sits down at the table across from me, he quietly nibbles on almonds and strawberries as he thinks over his responses to my questions. He likes to take his time—after all, he is an Aussie.

Contrary to what you might have been led to believe, Streten is a huge nerd. He professes this revelation within the first few minutes of our meeting, going on about how he and his friends usually catch up over beer and video games whenever he's back in his hometown of Sydney. This might explain why his younger sister isn't particularly phased by his high-profile profession. "She hates when people find out," he says. "Like, 'Oh my god, Flume’s sister!' She doesn’t tell anyone." He laughs, then raises his eyebrows. "But she definitely gets the perks, though."

Today, the producer released his long-awaited sophomore album Skin. As the follow-up to his 2012 self-titled debut, it serves as a testimony to his growth as a musical artist. Between the production, instrumentation, and vocals, there is so much going on with the noise on these 16 tracks. This isn't the same Flume we're used to hearing—Streten is in a different state of mind now than he was four years ago, he even grew out a mustache. (At the time, he said he might shave it off when the album drops, though, so double-check his Instagram page to confirm.) This is what the future sounds like, and we never want to go back.

We sat down with Flume a few days before his world headlining tour kicked off to learn more about what makes him tick. While you read the conversation in the corresponding pages, stream the entire album via Spotify or download it on iTunes.