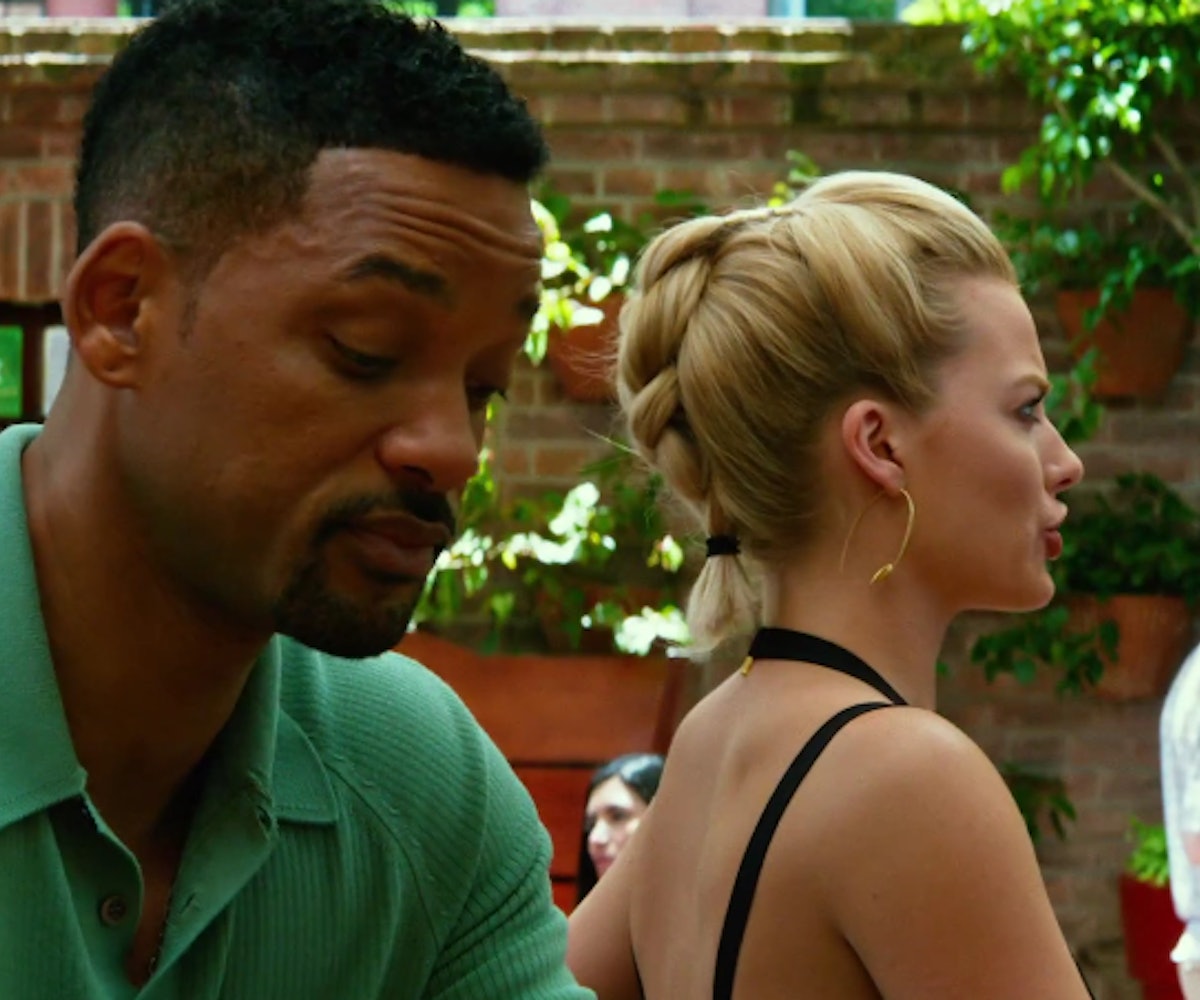 Do we need another movie centered around a pair of mismatched con artists who need to work through their differences to nail down one last big score? The answer is of course we do, especially when it stars two actors who are impossible to look away from. Hence the new move Focus, a smart and sexy romp starring Will Smith and Margot Robbie as that previously mentioned mismatched duo. The new trailer, which toggles between light and dark and back again, plays off their obvious chemistry and the will-they-or-won't-they nature of their volatile relationship. (It's worth noting that during filming there were rumors of sparks flying off set.)

Robbie seems to be picking up where she left off in Wolf of Wall Street, bringing the brassy, take-no-shit attitude she showed glimmers of in that role full circle. Smith, as one of those too-clever-for-his-own-good con men the movies essentially made up, is dialing the charm that made him the world's biggest movie star up to 11. Robbie and Smith will appear together again in next year's supervillain team-up Suicide Squad, which based on this trailer, is not a bad thing at all.