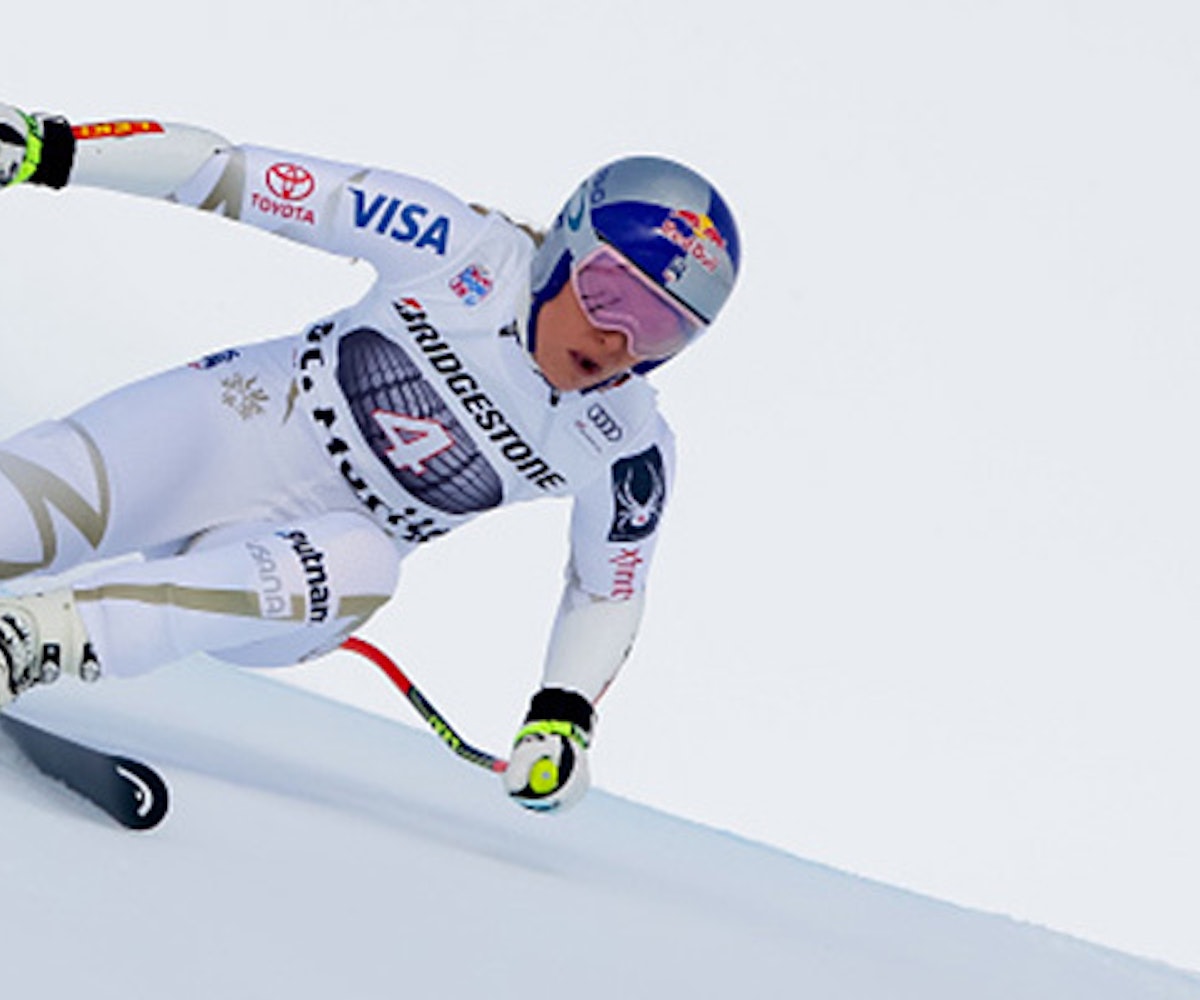 On Saturday, American skier Lindsey Vonn injured her back during a super-G race and had to withdraw from her Sunday events at the World Cup in Switzerland. While this story has absolutely nothing to do with previous disparaging comments she made about President Donald Trump, Fox News seems to think it does. They reported Vonn's injury as if these two events were somehow linked, and Vonn was being punished for speaking ill of Trump.

"Lindsey Vonn suffers back injury in World Cup race after Trump comments," the original headline for their story read. The piece notes that "the injury occurred two days after she criticized President Donald Trump in an interview about the upcoming Winter Olympics in South Korea." There's no byline attached to the story.

Conservative radio host Larry Elder shared Fox News' story and suggested that Vonn's injury was "karma." Others commented that they wish the injury keeps Vonn out of the Olympics. Just some God fearing, pro-life Americans showing their fellow man kindness!

Others called Fox out for treating the presidency like a dictatorship. "Fox News saying that Lindsey Vonn was injured in a skiing race apparently for not being faithful and obedient to Dear Leader," Forbes writer Josh Jordan tweeted. "They're truly giving North Korea, Russia, and China state media a run for their money."

The anti-Trump comments Fox is referring to occurred on Thursday. Vonn told CNN that she was going to the Winter Olympics to represent "the people of the United States, not the president," adding that she takes "the Olympics very seriously and what they mean and what they represent, what walking under our flag means in the opening ceremony." She wants to represent America well, saying, "I don't think that there are a lot of people currently in our government that do that."

Considering some Trump supporters are conspiracy theorists who believe Hillary Clinton runs a child sex ring out of a pizza place in Washington, D.C., there's no doubt some of them will now actually believe Vonn's injury is because she spoke negatively about Trump. And while this is clearly Fox News pandering to it's liberal-hating, Trump-loving base, that doesn't make it any less disgusting. Plus, if people were really injured for saying bad things about Trump, we'd all be out of commission for the next three years.