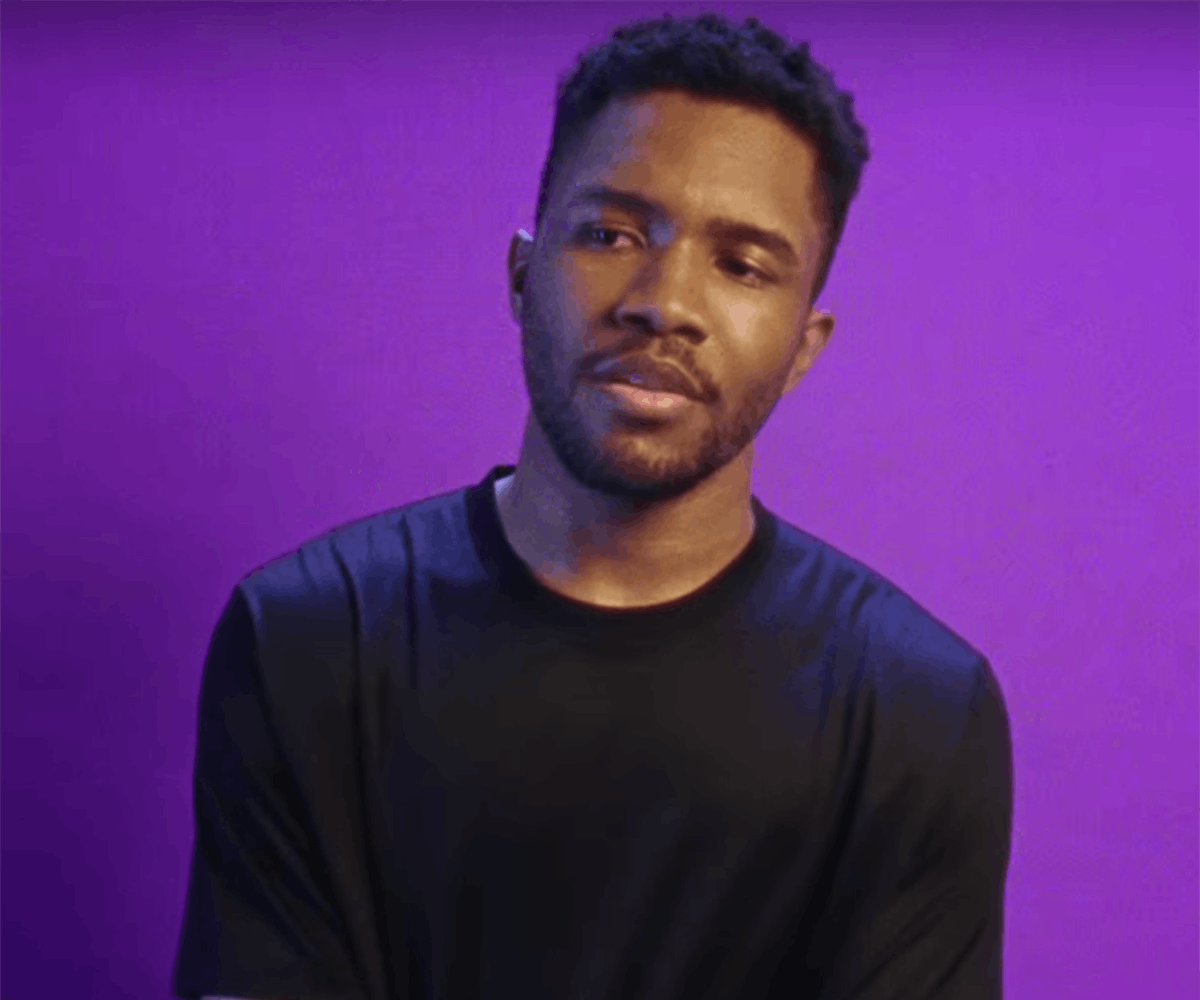 A Frank Ocean album release may be, let’s be honest, impossible to fully predict (even if it has been promised to drop sometime this month) but a bit of internet sleuthing has led some people to believe that the rapper may actually have something else under his sleeve: a novel.

A few days ago, the New Orleans native was announced as Calvin Klein’s latest model. Frank Ocean isn’t one to chase after the spotlight, so his decision to star in a major campaign adds a bit of intrigue to his already enigmatic persona. But wait, it gets more interesting than that: Deep in the source code of Calvin Klein’s website, one Reddit user discovered a bit of hidden text, likely intended to have accompanied Ocean’s photos.

“Frank Ocean is one of the most artistic and enigmatic musicians working today. Though it has been more than four years since he released his debut studio album, Channel Orange, interest in Ocean hasn’t waned. Instead, it’s increased.

He is known for being a perfectionist, and a pursuant of creativity in all forms. He resists pressure and follows his own vision. He has published a magazine and worked on a novel while continuing to perfect his highly anticipated second album.

Ocean shuns interviews and social media, and prefers instead to speak through his work. He has said that when it comes to understanding music, the most important thing is to just press play.

Ocean is a powerful storyteller, using his own openness and honesty to create an emotionally intimate world in each of his songs. With his craft, his aim is not money, power, or fame, but to grow, progress, evolve and eventually be the absolute best.

So while he continues to work on that, we’ll continue to wait, as long as it takes, because when Frank Ocean does something, he does it right. The wait will be worth it.”

Ocean had previously announced that he would be releasing a magazine titled Boys Don’t Cry along with his new album, but he hasn’t made any serious announcements about books, save for a comment with The Guardian in 2012 about maybe writing a novel. But based on the hidden Calvin Klein text referencing Ocean’s trademark perfectionism, it very well may be a while before we can lay our eyes on it, if it does actually exist.