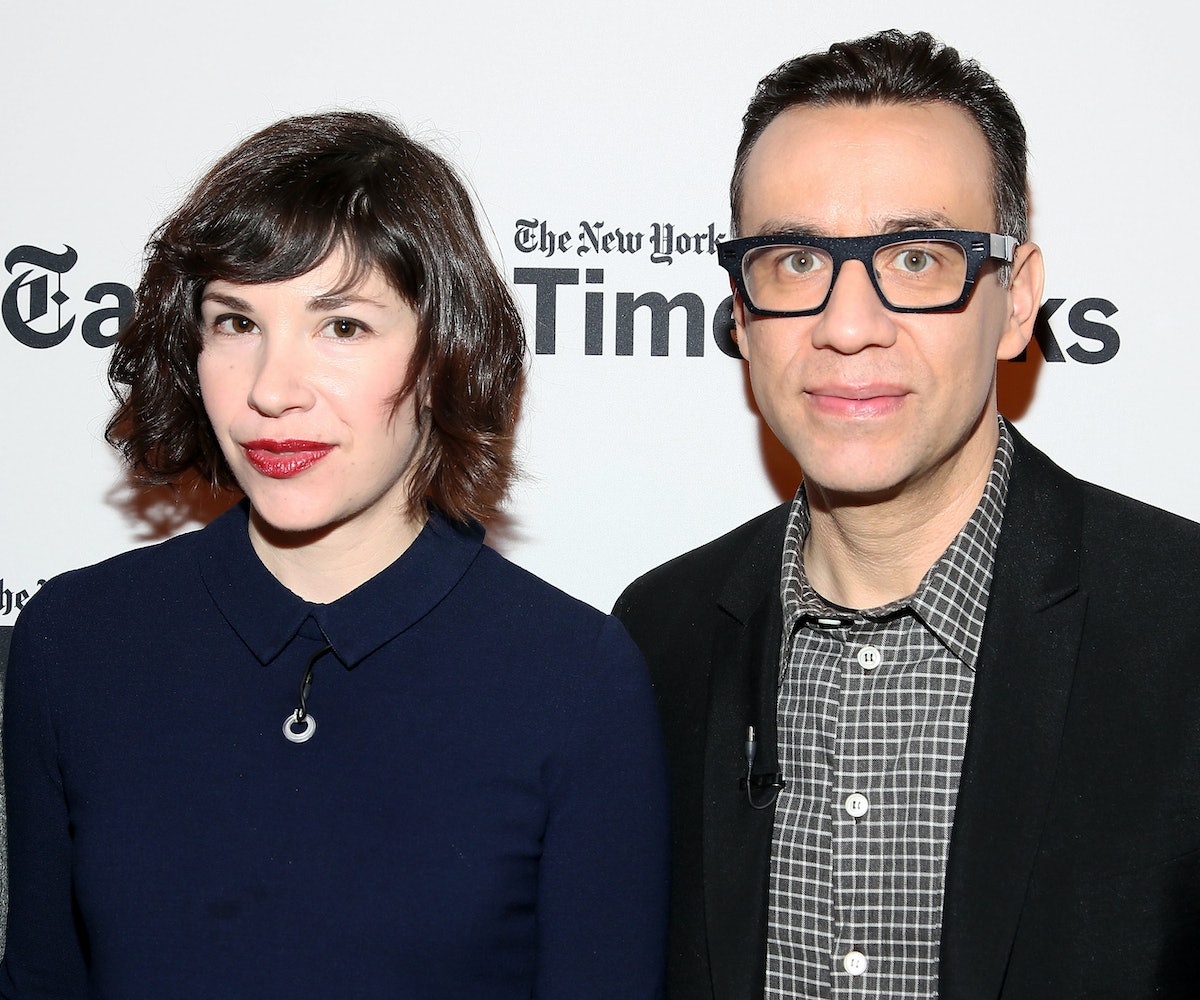 Carrie Brownstein and Fred Armisen probably knew we were all waiting with bated breath for Portlandia's seventh season to begin on January 5 because they've released three new skits ahead of the premiere for us to indulge in.

In typical Portlandia fashion, the skits are awkwardly hilarious and absurd—covering everything from a goth Carrie and Fred going shopping for household goods at Bed Bath and Beyond to navigating relationships that move from acquaintance to true friend status and dreading certain phrases at work like "Can I talk to you for a minute?" (oh no).

While Portlandia was previously embroiled in some controversy relating to its feminist bookstore sketch, in which Fred Armisen played Candace in a dress and a wig, it appears the show is properly recovering and equipped with some great new sketches for its seventh season.