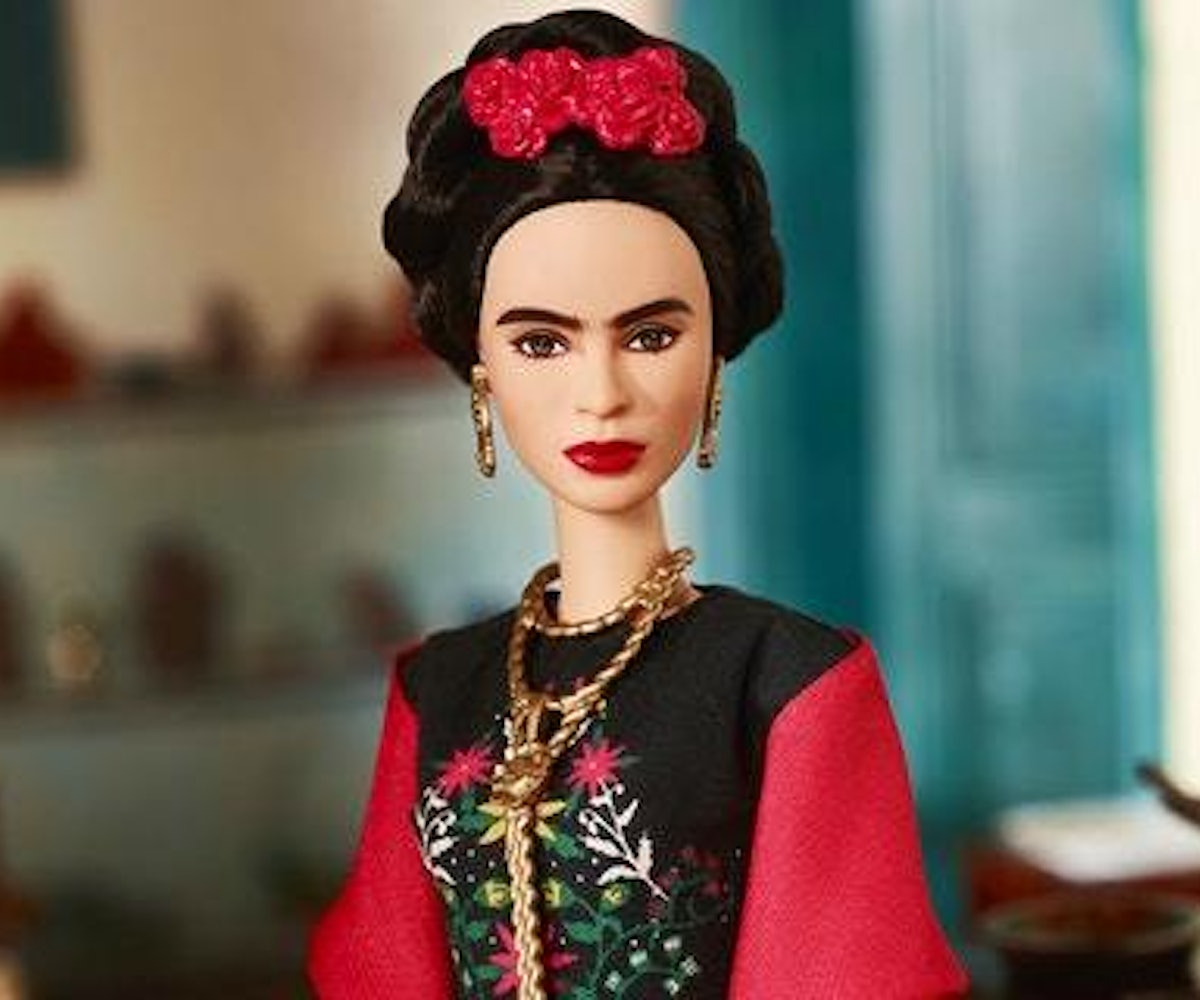 In honor of International Women's Day last month, Mattel created a Frida Kahlo barbie doll to be sold under its "Inspiring Women" series. And while this sounds good on the surface, Mattel did not ask Frida Kahlo's Estate for permission to use the artist's likeness for distribution, which sparked outrage and caused the family to turn to law. Mattel's argument was that the company obtained the appropriate rights from the Frida Kahlo Foundation. Now, it has come to light that the family won a temporary injunction that bans the sale and distribution of the doll in Mexico.

According to reports, a Mexican court ruled Thursday that Kahlo's family owns the sole rights to her image. Mara Romeo, Kahlo's great-niece, told Agence France Presse this about the ruling: "I'm thrilled [with the decision], I think justice is finally being done."

The doll also drew widespread criticism for adhering to beauty standards that Kahlo would have never agreed with, such as the lack of facial hair and the brighter color of the doll's skin. "It should have been a much more Mexican doll, with darker skin, a unibrow, not so thin because Frida was not that thin," Romeo said. "[And] dressed in more Mexican clothing, with Mexican jewelry."

The family members note that they could launch a similar lawsuit in the United States "once a final outcome is reached in Mexico." Mattel can still appeal the decision.