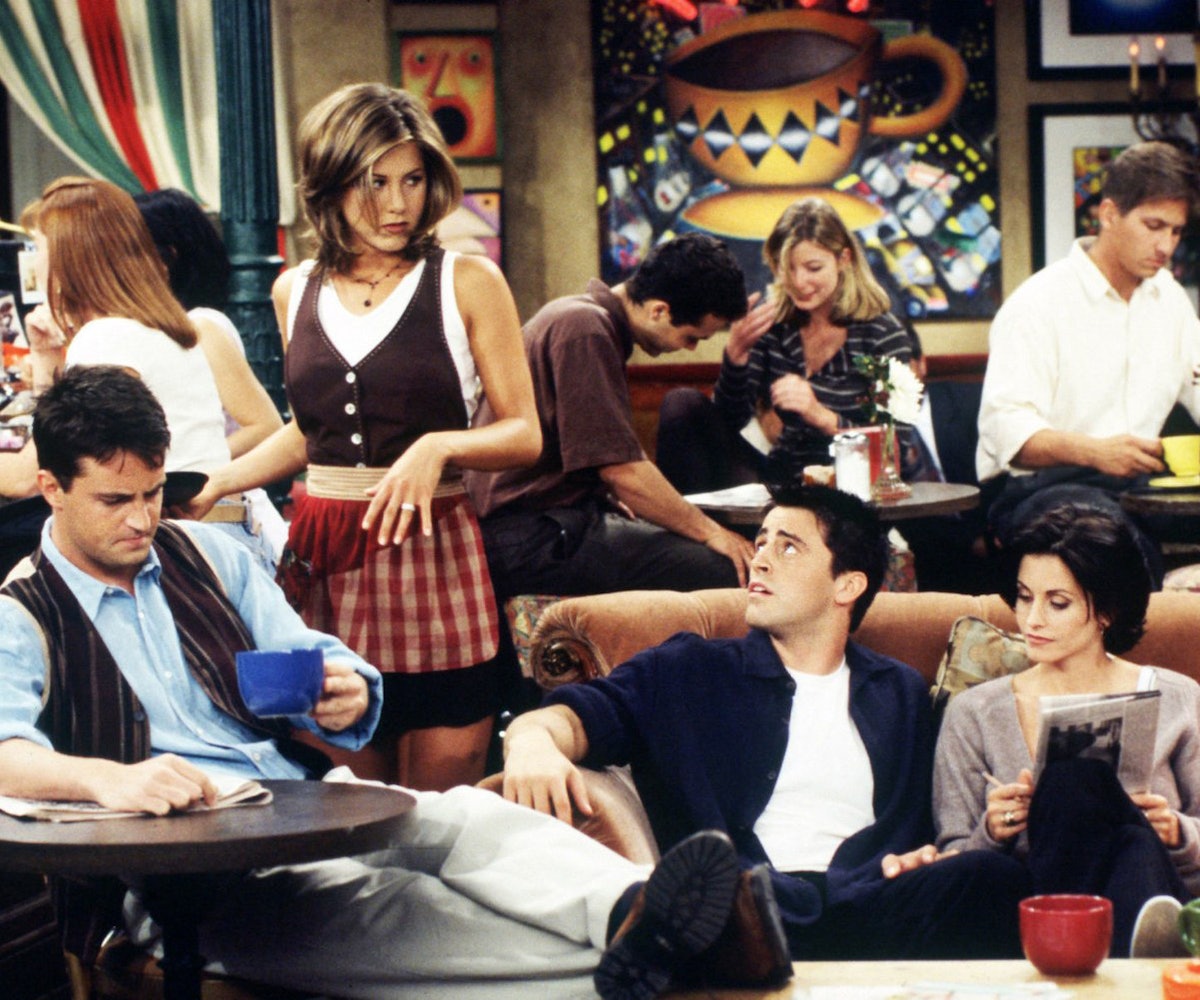 Imagine a world where everything you consume for entertainment—the music you listen to, the stars you follow, the television you watch—is all controlled by capitalist forces and their incessant need to generate revenue. (Not, like, so hard to imagine, right?) What, are you too cynical to believe in the Illuminati? Well, wake up people. There's proof (or, should we say, "proof") all around you; clues to vast conspiracies hidden in plain sight. Luckily, there are keen (or, should we say, "keen") observers, like this guy Alex Baker, exposing the truth. (Or, should we say, "the truth.")

Over the weekend, Baker shared a new conspiracy theory of his, one sure to blow your coffee-loving mind: Friends was actually one elaborate Starbucks advertisement.

Don't automatically believe this? Need proof? Well, Baker begins by calling out the fact that the last name of Rachel, Jennifer Aniston's character, is Green... the same color as Starbucks branding. (Also one of the top 50 most common surnames in America, but whatever.) In Baker's eyes, Rachel's hair, too, mimics the mermaid's hair on Starbucks' logo. (This is pre-The Rachel™ so it is long and wavy, not unlike the style of... millions of other women.)

Baker really dives deep (read: stretches) when he reveals that Monica and Ross' (Courtney Cox and David Schwimmer) last name—Geller—is derived from the German word "gellen," which means "one who yells." And what do the baristas at Starbucks do? They yell. Sure the whole "calling out people's names" things at Starbucks is a relatively new phenomenon, one which was not in place at the chain until 2005, at which point Friends had already been off the air for a year. But whatever! The truth is out there!