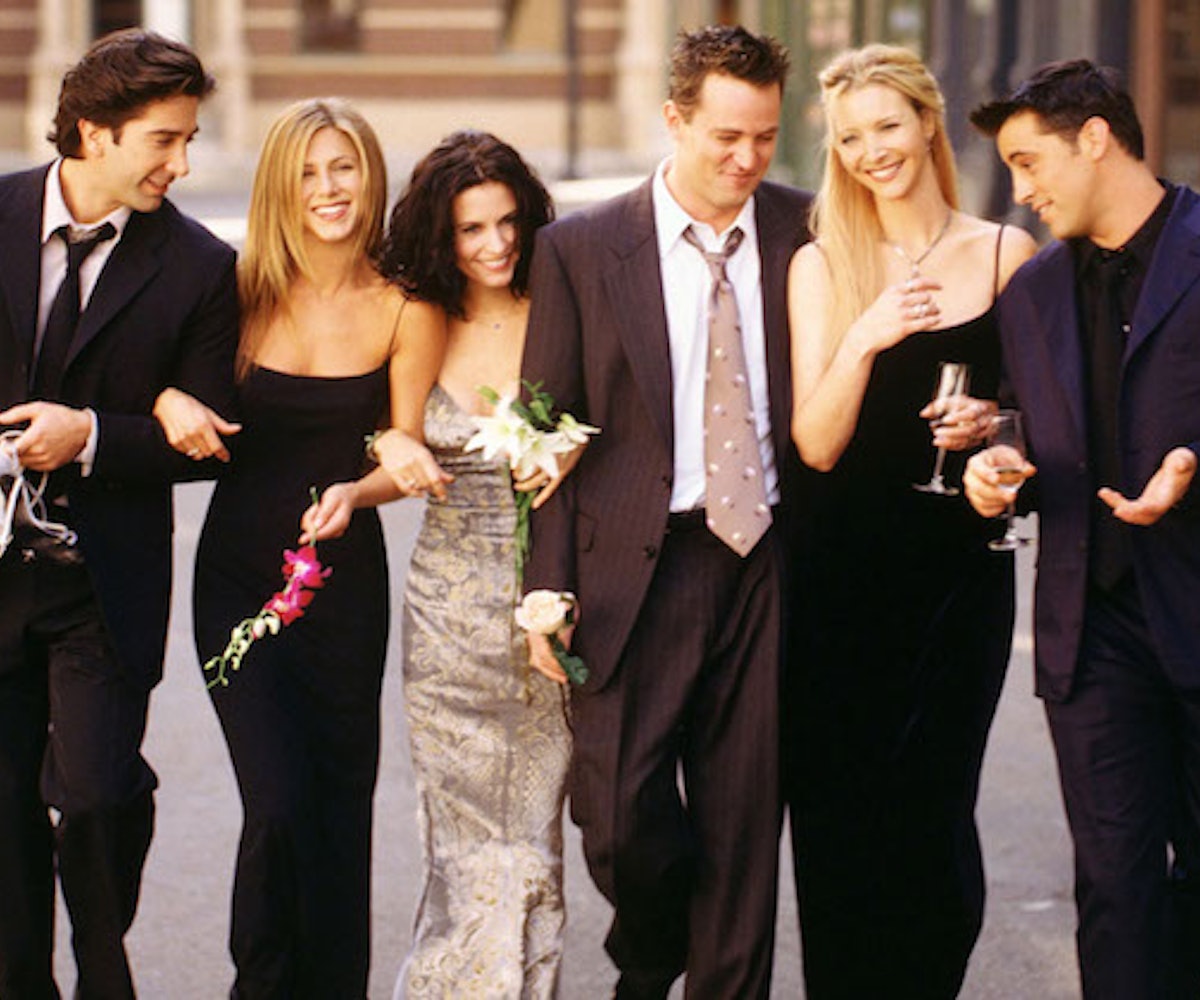 Now, hold every one of those horses there—we said a reunion, not a new season, episode, or reboot. This isn’t Gilmore Girls, folks. Still, a reunion is a reunion, and who doesn’t want to see that?

On top of directing numerous Friends episodes, Burrows’ contributions include helming hundreds of episodes of Cheers and co-creating the almost equally popular Will & Grace. If you’ve not watched a half-hour laugher directed, produced, or written by Burrows, you’ve no doubt watched one influenced by his massive, massive legacy.

Now, nothing’s set in stone here—the Friends cast may not share the same stage or camera. That said, NBC is working its collective fingers off trying to make it happen. Robert Greenblatt told reporters he's, “Hoping that all six of them will be in the same room at the same time, but I'm not sure we can logistically pull that off.” Let’s all hope he’s just being conservative here and not trying to get our hopes up.

Really, though, it’s too late. Our hopes are up, even if we know that we’ve already said goodbye to the characters of Chandler, Monica, Rachel, Ross, Joey, and Phoebe long ago. Seeing all those familiar faces together would warm just about every part of our hearts. Everybody cross your fingers on three…two…

NEXT UP
Entertainment
Boygenius, LCD Soundsystem & Steve Lacy Are Headlining A Summer Concert Series
Beauty
“Birthday Makeup” Is Sparking A Battle of The Sexes On TikTok
It Girl
Madison Bailey Is Embracing The "Elegance" of Being in Her Mid-20s
Culture
13 Valentine’s Day Gifts Under $100
Style + Culture, delivered straight to your inbox.