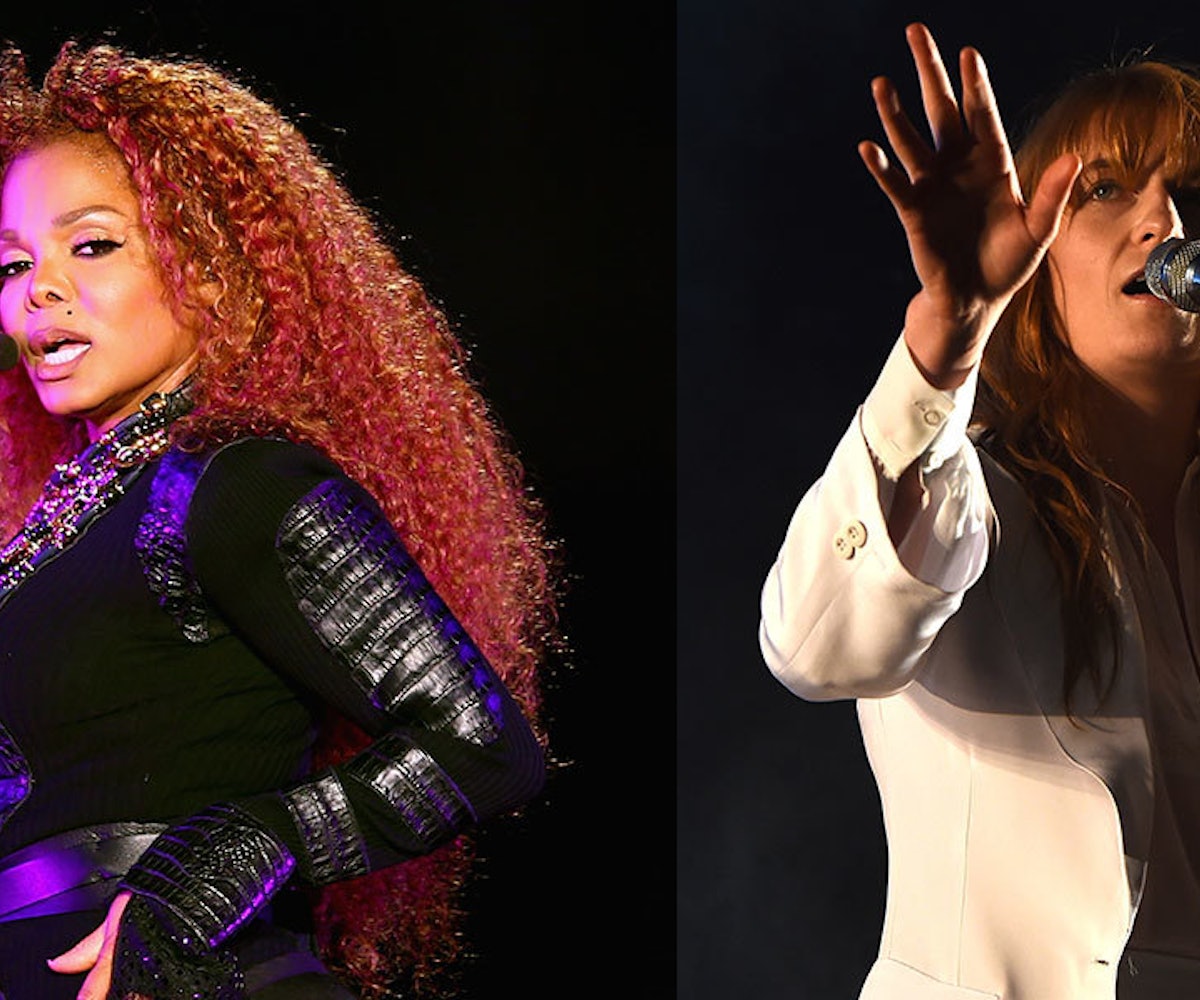 There’s now one less festival to experience FOMO from. The organizers of FYF announced on Sunday that the Los Angeles-based event has been canceled this year.

While the statement vaguely explains that they felt “unable to present an experience on par with the expectations of our loyal fans and the Los Angeles music community this year,” Billboard reports that the shutdown is due to poor ticket sales. Either way, it’s a disappointing development seeing as FYF was one of the only festivals with a women-heavy lineup.

Florence + the Machine and Janet Jackson were set to headline this year, while acts like St. Vincent, Kali Uchis, U.S. Girls, Amber Mark, and Charlotte Gainsbourg rounded out the bill. The lineup was roughly split 50/50 between men and women or nonbinary performers which might not seem like a feat, but, compared to Pitchfork’s findings that only 19 percent of festival lineups have female representation (meaning, seven out of 10 artists on bills are men or all-male bands), it’s pretty huge.

Now, we’re not saying that the women representation on FYF’s lineup ended up being its downfall. Another factor could come from the fact that its creator, Sean Carlson, resigned last year after sexual harassment allegations were brought up against him. He’s since been replaced by a woman booker, Jenn Yacoubian, but the festival could still be receiving blowback. Another factor could be festival over-saturation. Many of the acts on the FYF lineup are also on other lineups. So, perhaps, people are choosing to go elsewhere to see them.

Regardless of the reasoning, it’s an upsetting development. Earlier this year, a handful of music festivals pledged gender-equal lineups by 2022. FYF was unintentionally leading that change. Hopefully, this won’t discourage bookers going forward from making space for ladies on the bill. As Beyoncé’s Coachella performance proved: Women artists are not only capable of leading festivals but ruling them.