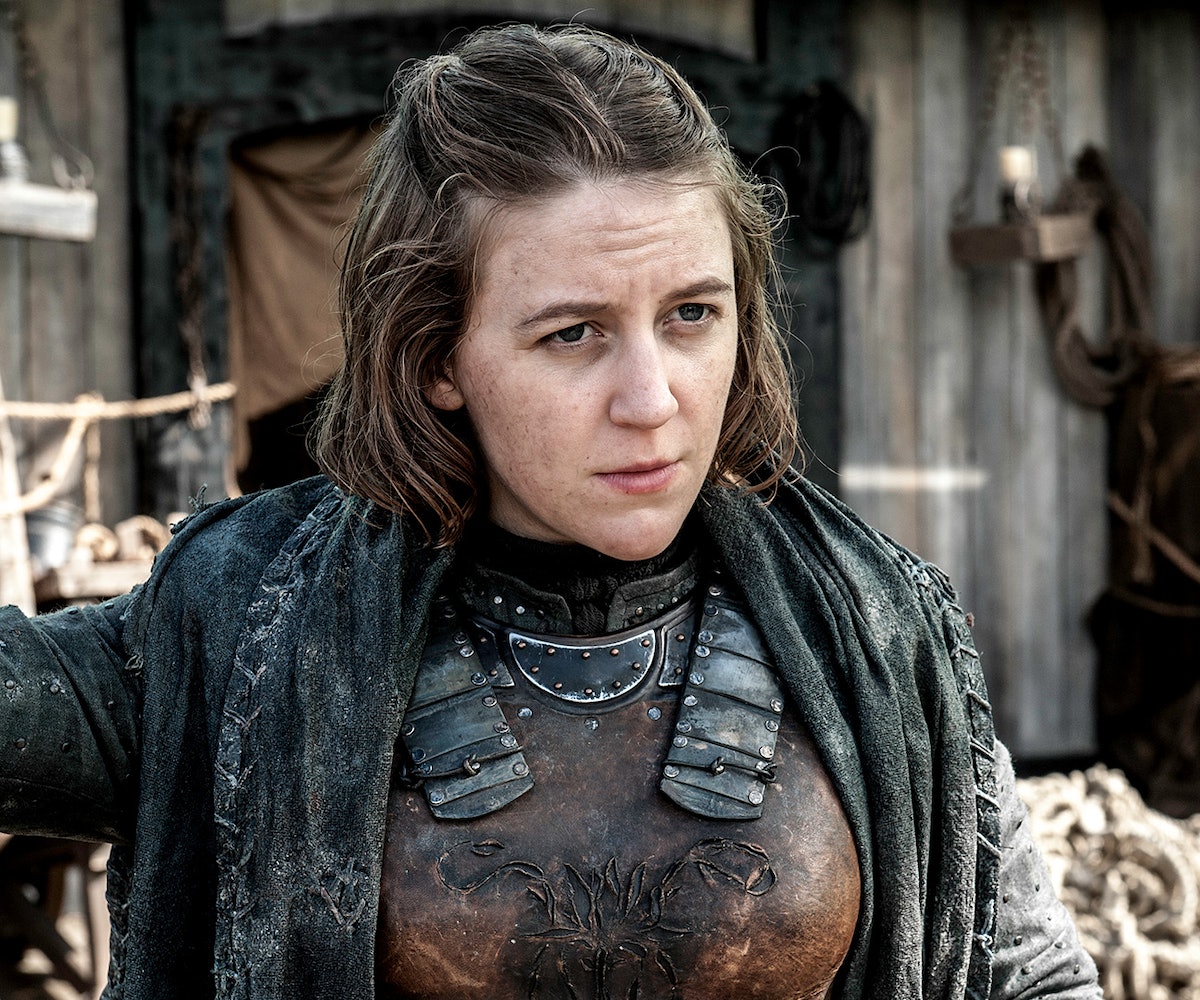 Critics of the way in which Game of Thrones represents sexuality may want to watch Sunday's episode. Yara Greyjoy, Theon's sister, was shown to prefer the company of women over men. But, in a universe where sexuality ebbs and flows, the introduction of a character who identifies as gay shouldn't come as much of a surprise. The surprising thing is the way in which the show laid out the reveal, with one giant shrug emoji.

There she was, chugging ale in a tavern filled with men while being straddled by a half-naked woman, much to her delight. “Nothing on the Iron Islands has an ass like that,” she says to Theon. Whereas Game of Thrones often uses a character's sexuality to define them or as a plot device—think: Loras Tyrell, who's currently being imprisoned for his homosexuality—last night's episode marked a major departure for the show.

It would appear the move was the latest mea culpa by showrunners, David Benioff and D.B. Weiss, who have no doubt heard the criticisms that Game of Thrones may not be the most progressive show on television, especially when it comes to representations of gender and sexuality. Book readers can attest that in the novels, Yara was not gay, something George R. R. Martin recently too confirmed in a blog post. That means that yesterday's reveal was a choice made by Benioff and Weiss, perhaps as a way of saying, "We hear you, and we got you."

So while this is definitely shaping up to be the most exciting season of Game of Thrones, it's also looking like the most progressive one too.