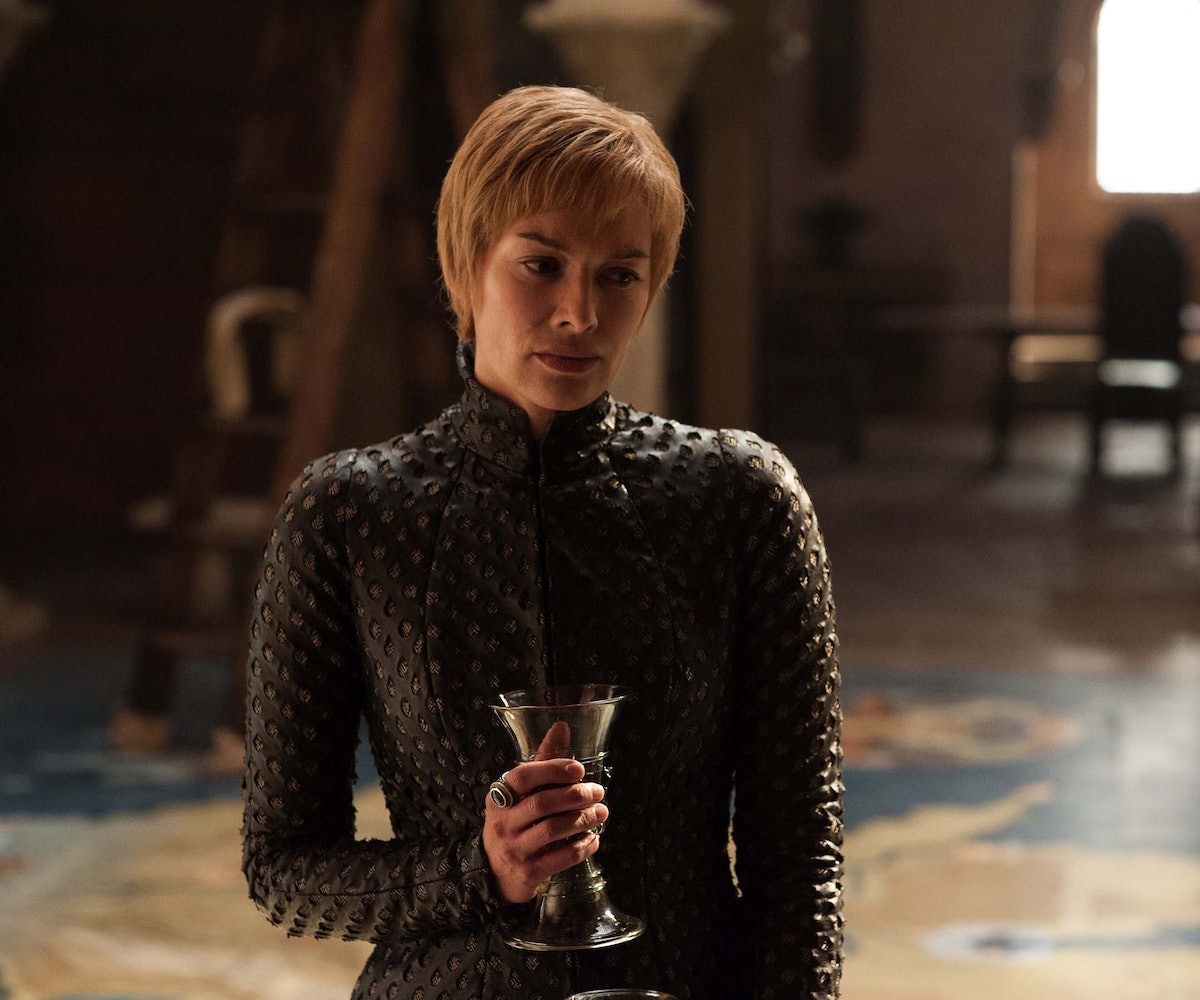 Besides our return to that galaxy far, far away later this year, this Sunday’s return to Westeros may be the biggest-deal pop culture moment of the year. Game of Thrones, the undisputed ruler of the Peak TV kingdom, is back on HBO for its seventh and penultimate season, and the first without any of George R. R. Martin’s source material as a blueprint. That means that for the first time since the show began airing six years ago, every GoT fan is going in blinder than Arya Stark in Braavos. As an avid watcher of the series, it should be an exciting time. Winter is finally here, the great war is coming, and the fate of the Seven Kingdoms rests in the balance. But for some reason, the return of Game of Thrones is really stressing me out.

It wasn’t long ago that watching a show with the masses was the standard. VHS recording was introduced in the late ‘70s, and by the ‘80s and throughout the ‘90s, households routinely recorded their favorite shows to watch at a time that was convenient to them. While widespread, it was not the norm. The process was clunky and unreliable, and the risk of taping over something you hadn’t watched yet was a chilling prospect. It wasn’t until the turn of the century, when TiVo ushered in the DVR revolution, that people were truly left to their own devices, pun intended. It was around then—when Seinfeld was ending and The Sopranos was beginning—that viewing habits really began to shift. Those two shows, along with a handful of others, were the last of their kind, zeitgeisty enough that you had to tune in for fear of not being invited to the proverbial water cooler.

Today, that status belongs to Game of Thrones alone. It is the last show of the so-called TV monoculture, as The Ringer’s Alison Herman put it. Now, when someone says they don’t watch Game of Thrones, we look at them like they’re a White Walker—with a mix of shock and horror—and then silently pity them for not getting that reference. Try saying that for any other show on television. You can’t. Networks and streaming services have flooded our screens with so many options that landscape has fractured, and the communal viewing experience that defined TV in pretty much every decade up until now is basically dead. (Stranger Things came close to TV singularity, but because each episode was available at once, it failed to carry the conversation week-to-week, as Thrones, with its drip-drip-drip of episodes, does with ease.) It means that if you’re not watching Game of Thrones on Sunday night along with everyone else, you risk having the show’s hairpin plot twists and shocking deaths revealed before you see them for yourself. In other words, that shit will get spoiled.

The fear of spoilers means there’s pressure to watch the show the night it airs. If you fail to, the internet and social media become minefields dotted with explosive info that has the capacity to devastate. Pressure is not a feeling I typically associate with something that’s meant to be an escape, but it’s the feeling I have as Sunday’s premiere approaches. It’s true that those final hours of the weekend are practically designed to be spent on a couch watching TV, but sometimes life gets in the way. What if some non-Game-of-Thrones-watching friends (why you’d be friends with people like that is an entirely separate question) are in town for one night only, and they invite you out for some drinks? Clearly, you have to go. In the on-demand era, staying home to watch your favorite show is no longer an excuse. That happened to me on the night of Game of Thrones’ season five finale. My plan was to go out, have some drinks, and watch it when I got home, about an hour after it aired. As soon as the finale wrapped, I knew better than to check Twitter, but Instagram felt like a safe space. Within seconds of opening the app, someone I follow had posted a photo of them and Kit Harington, with a caption that read in part: “RIP JON SNOW.” Judging by the savage comments section, I wasn’t alone.

Knowing that Jon Snow died at the end of the fifth season didn’t necessarily ruin my enjoyment of the episode, but it robbed me of the feeling I would have felt had I experienced that scene the way it was intended. It’s a feeling you can only have once, and one that you never get again, which makes it precious.

Getting anything spoiled is a bummer, but it particularly stings with Thrones. Since the pilot episode aired back in 2011, Game of Thrones has been a demanding investment. It is an epic show with an enormous cast set in a world with its own rules, laws, geography, and history. Keeping up with the shifting allegiances of both the familial and geopolitical variety can be exhausting. Some are new, others date back thousands of years. Reading the books helps, but that’s a huge commitment. I know several people who are rewatching the last season ahead of the premiere. Some people are rewatching the last two seasons. Over at The Ringer, Thrones experts Mallory Rubin and Jason Concepcion have started the podcast Binge Mode, where they’re doing deep-dive recaps of every episode so far. All of it is meant as a memory refresher. But as much as I’d love to be able to tell the difference between Barristan Selmy and Beric Dondarrion before the show’s end game begins, I don’t have time to watch something I’ve already seen, not when I haven’t even started the third season of Fargo. Which, by the way, is a show I love dearly, but felt totally comfortable watching on my own time, knowing that I wouldn’t get spoiled. So yes, the White Walkers are headed beyond the Wall, and the mere thought of it is already giving me grays.