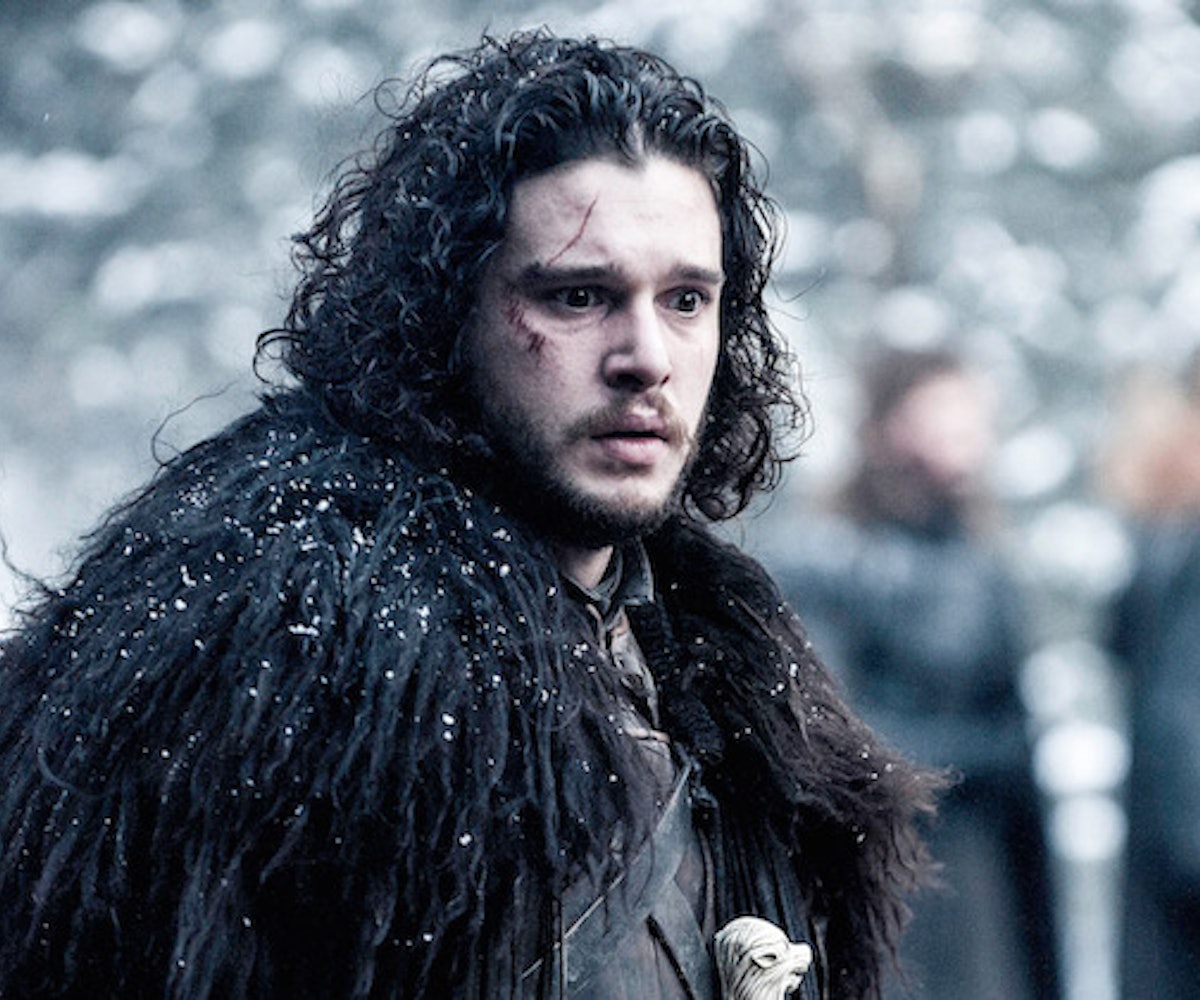 As SnowWatch2015™ heads toward its end, we’ve gone past the stage of Game of Thrones rumor websites, Reddit forums, and experts sharing photographs and various other forms of proof that Kit Harrington will indeed return as the poor, poor Jon Snow come the show’s sixth season. Now, HBO itself is dropping fairly blant hints that he is, while very effectively screwing with our heads.

Today, the premium cable network dropped this, a teaser poster for the new season—tweeted with a month for the premiere—featuring the bloodied, battered visage of Harrington as everyone’s favorite member of the Night’s Watch (Dolorous Edd notwithstanding).

Obviously, as a post-stabbing pic, there’s only one real way to take this: Harrington is back. How, is an entirely different and still-unexplained matter.

Of course—thanks to copious photos and leaks—you already knew that. Still, it’s the first time HBO has done anything other than repeat, through actors, producers, and writers that, “Jon Snow is dead.” Looks even Home Box Office is now saying Jon Snow was dead.

While the poster and tweet themselves do not give a specific date for the show’s sixth season, the tweet does say “APRIL.” The brilliant fanatics over at Watchers On The Wall are saying it’ll most likely be April 24 when we find out once and for all what the heck happened to Snow, where Arya’s eyes are, and all the other answers to the questions we’ve been asking lo these many months.

(via Watchers On The Wall)