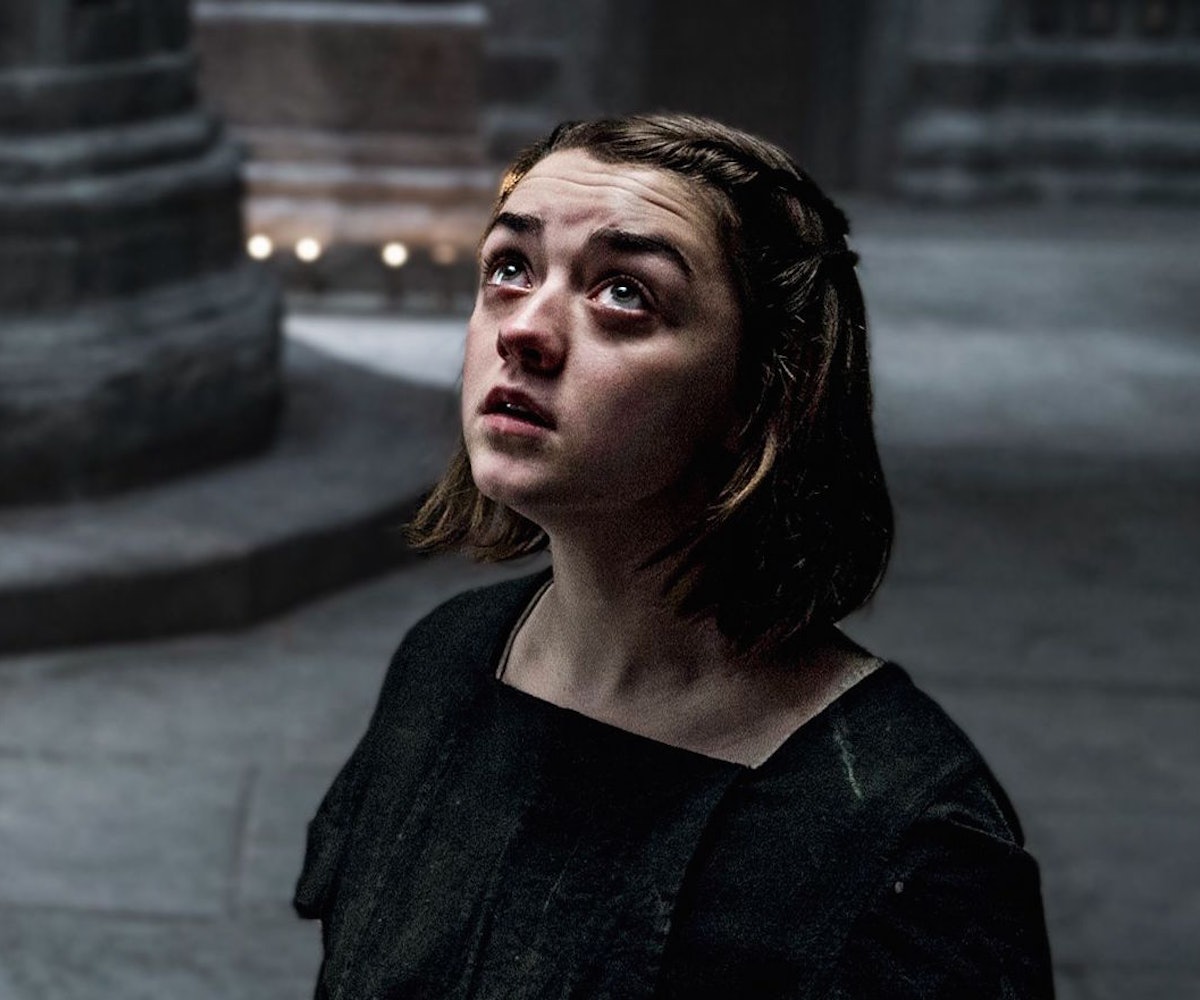 Today, HBO released three mini-videos, all of them teasers for the upcoming Season 6 of their dungeons-and-dragons epic, Game of Thrones. Naturally, since every single bit of information floating out of HBO about GoT absolutely must be analyzed for spoilers, these incredibly short, footage-free snippets demand a thorough pat down.

First off—and let’s be clear here—Jon Snow does not appear alive, happy, and holding flowers he picked special for you. In fact, all the promos are light on details. That’s a bit frustrating given that the series has passed the point where George R.R. Martin’s books can offer clues as to what’s to come, but it’s also pretty on point for HBO.

That said, there are a few things worth explaining in these three videos, each of which focuses on a particular family from Game of Thrones’ Seven Kingdoms.

The voice you hear is clearly Ramsy Bolton of House Bolton, bastard heir to the current lord of Winterfell and just about the worst person on premium cable right now. Here—in dialogue that may have been recorded just for this promo, or maybe it's from an episode—he seems spoiling for a fight. As Watchers on The Wall and many other sites have reported, he’s sure to get one as the crew spent weeks filming a large battle featuring Ramsay and others.

Moving over to House Lannister:

That’s Jonathan Pryce as the High Sparrow, talking about the plans he has in store for his army of religious zealots, the Faith Militant. As you’ll remember, they’ve already taken over most of King’s Landing, imprisoned (and then released) Cersei, and currently have Queen Margery under lock and key. Seems he’s got designs on total domination of the Seven Kingdoms come Season 6. Sounds fun.

Finally, we have a report from House Targaryen, the line whose only surviving member (that we know of) is Daenerys. Take a look:

Yike! That’s Khal Jhaqo, the leader of the khalasar that surrounded Daenerys at the end of Season 5, giving us a scare in Dothraki. With his little speech we get our only real spoiler. In the closing moments of Season 5, we didn’t know if the khalasar that found Daenerys was going to be her new ally or her latest enemy. Things have been looking like Jhaqo would become Season 6's new villian, but only now has it been confirmed. Scary stuff.

We still have a lot of questions, but at least we have a couple of new answers to tide us over until Thrones comes roaring back this April.