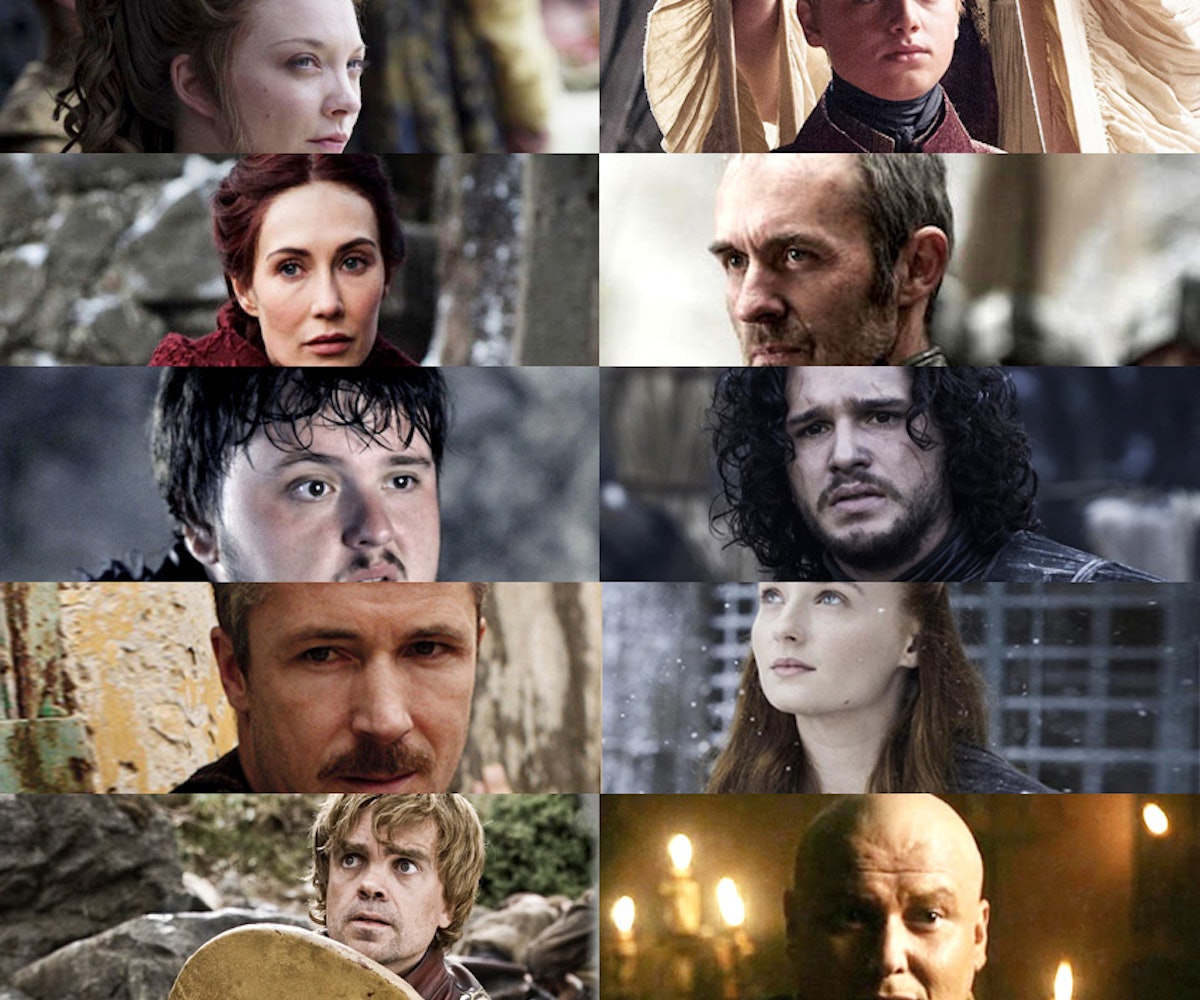 Finally, Arya shows her young-but-world-weary face, which sadly doesn't factor into this recap because she seems to be spending this season as a lone wolf (metaphor is particularly apt). The youngest Stark girl attempts to get into a Braavos mausoleum—revealingly titled "The House Of Black And White" and finds that her magic coin requires actual, you know, magic to work. Or at least blood-thirst. Also, what sort of small girl would sit there quietly for 24 hours while it rains around her?

Secondly, we get to see what is going on in Dorne—and it looks like, despite the threats presented to Cersei, Myrcella seems to be having a lovely time at the Water Gardens, much to the chagrin of Oberyn's widow Ellaria (who is standing in for the book's Arianne Martell, which actually works, since adding another character here would only be confusing).