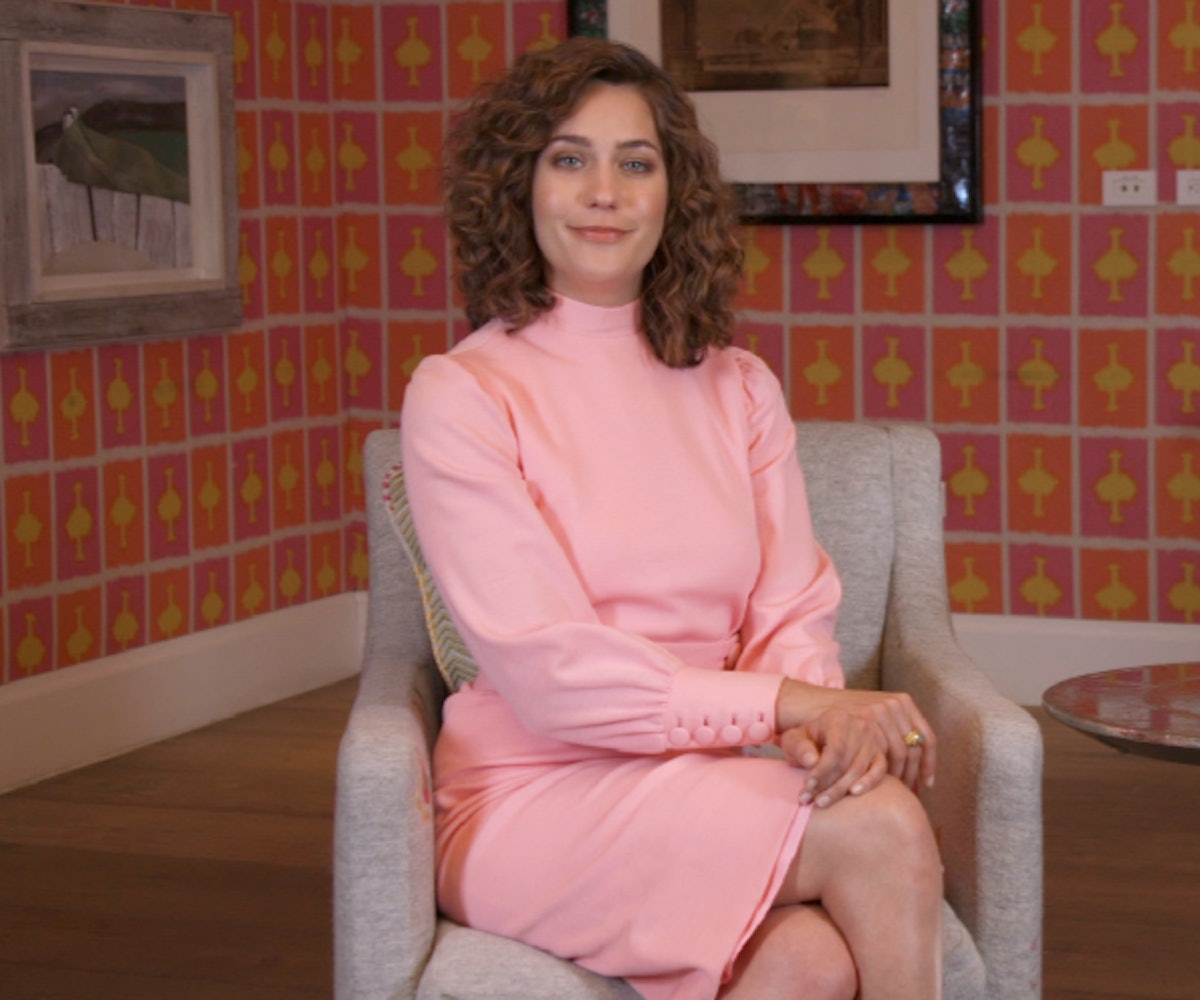 According to Lola Kirke, her just released film, Gemini, "has nothing to do with being a Gemini." Though, she admits, "if you were watching really closely... it might."A neo-noir whodunit, Gemini centers around the murder of Heather (Zoe Kravitz) and the subsequent attempt by her assistant, Jill (Kirke), to figure out who really committed the crime before it becomes pinned on her.

What makes Gemini stand out in the noir genre is its use of women in the leading roles. Historically, noir had complicated men in the roles of antihero detective; women were either femme fatales or quippy assistants or... well, that was about it. Rarely, though, were they allowed to have the complexity of someone like Sam Spade in The Maltese Falcon or Philip Marlowe in The Long Goodbye. But that's changed with Gemini, which is why Kirke laughs and says, "I guess, now, I am like Humphrey Bogart or Elliot Gould. Sort of."

In fact, though, Kirke's character, Jill, doesn't share all that much in common with those world-weary detectives. Instead, she's all too relatable for any millennial woman who isn't really sure what path she wants to take in life, is struggling to make good in the gig economy, likes a night of karaoke, and knows the transformative power of a good blonde wig. Kirke brings her to life in a compelling, naturalistic way, which made me ask her if, after playing Jill, she started to have dreams of becoming an amateur detective herself.

"I've always believed that I was a little bit psychic," Kirke says, "and very in touch with my intuition, and I've always actually been a natural detective. So I don't think it's any greater after making this movie, but with each passing day..." she laughs, finishing, "I sound like a crazy person."

Gemini is in theaters now, and check out our interview with Kirke in the video, below.

NEXT UP
Culture
The Madonna Biopic Is Being Scrapped
Fashion
Collina Strada & Vans Team Up For A Chiller-Friendly Collection
A Night Out
A Night Out With Rachel Bilson
Beauty
No One Does #PamCore Beauty Better Than Pamela Anderson, Herself
Style + Culture, delivered straight to your inbox.