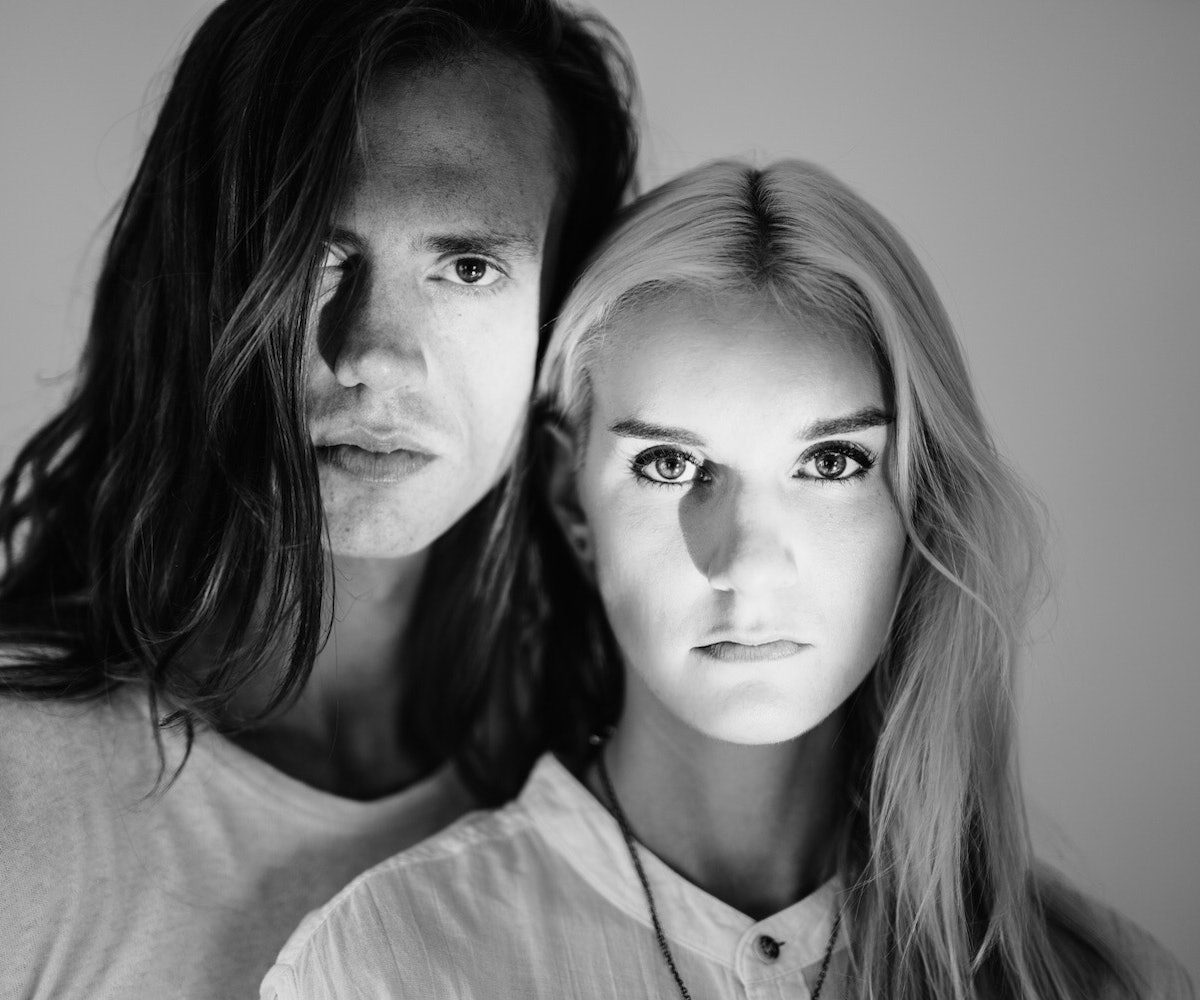 Lindsay Pitts and Cliff Usher have been close for over a decade. Like spending every moment together, sharing every thought close. Even still, there’s one topic that the members of GEMS never seem to discuss.

For her part, Pitts agrees. There’s a benefit to not having the music making process weighed down by negotiations.

“The thing that keeps me doing this, and wanting to do this with Cliff, is that we have this level of communication that I don’t have with anyone else,” she says. “I think that it probably takes years to develop. It’s basically psychic in regards to music. When I say something really vague Cliff knows exactly what I mean.”

That tight connection has carried the duo into their newest project. After releasing their trip-hop leaning debut, 2015’s Kill the One You Love, both Pitts and Usher felt burned out by the album release cycle. Why should every song slot neatly into the next? Why should they feel pressured to recapture the dark grandeur of their debut EP Medusa? What’s stopping them from mixing things up and incorporating more pop, guitar, or additional vocals from both members?

Nothing. To challenge themselves, GEMS set the poetic goal to release one single every month with the full moon. The Full Moon Singles Series satisfied two goals: Forcing them to work under a strict deadline, and playing into their curiosity with astrology, which Cliff describes as casual skepticism. (“I definitely think about it every single day!” Pitts says, earning a snorting laugh from her bandmate. “So yeah—a passing interest!” he continues.)

With their romantic relationship recently evolving into a tight friendship, there’s also personal dynamics to contend with. While early songs in the series like the mournful ballad “Blow out the Light” and “X Valentine” deal explicitly with this shift, newer tracks like “Forgive Me” and “You Were In My Dream Pt. 1” (which we’re premiering below) also play into a similar vibe—albeit on a more moody, abstract level.

“We’ve been trying to focus more on the feeling and get out of our heads about things,” Usher says. “‘Forgive Me’ was the first where we were really trying to take it to that visceral feeling level… Going along with that, there’s still the emotional tension we’re always trying to work out. I guess the way I look at the whole thing is that there’s a lot of difficulty and struggle and tension that happens in life. But also in relationships. I’ve been hoping to use this music, this form, as a way for us to reflect on the things we’re going through in a hope that somehow that reflection can be valuable to other people.”

Terrifying? Absolutely. But GEMS have come too far to backpedal on honesty or be anything but vulnerable.

“Sometimes you just have to remind yourself that everyone cares more about themselves than they care about you,” Usher says.

“That was a huge thing for me,” Pitts agrees. “I used to be so anxious and it would terrify me. Cliff basically made me be the lead singer of this project. I didn’t want to do it! It was so scary. But I was able to get over it when I realized a song I write isn’t going to have every facet of my being wrapped up in it. That’s just not possible. I’m going to pick certain parts of myself and try to do the best to be honest and real in the music. But it’s still going to be me. I’m still going to be a character playing a version of myself. It’s not me—it’s GEMS.”