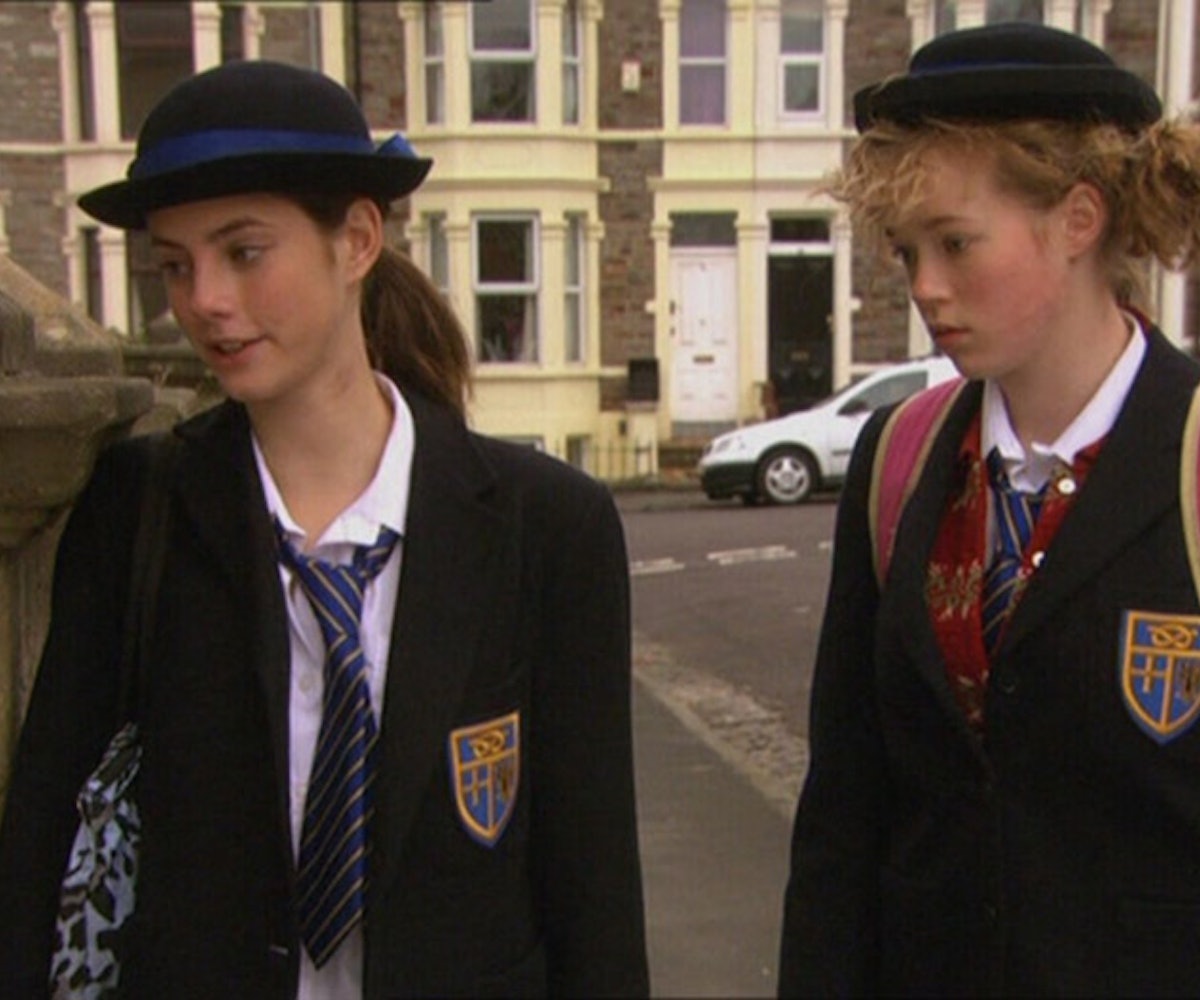 Schools across the U.K. are actively working to improve the lives of their LGBT students, with around 80 establishments beginning to introduce gender-neutral uniforms. New curriculums have removed gendered terminology from their policy statements, as well.

The U.K.'s Department of Education Educate & Celebrate program helps promote more inclusive schooling environments. A school in Birmingham received funds from the program and has worked to make it so students can wear whatever clothes they feel most comfortable in, saying it “[aims] to promote each child’s right to express their gender and personality in whichever way feels right for them."

Meanwhile, over in the States, Oregon just became the first state to ever deem non-binary as a legal gender. The conversation surrounding non-binary, gender non-conforming, and transgender individuals using the bathroom is still going strong, with more states working to make all bathrooms more inclusive. These steps are small, but they are important and necessary. Considering the events that unfolded in Orlando, Florida, this past weekend, queer bodies are not safe—even in places designed to be so. Efforts such as the ones being done in the U.K. and in Oregon aim to increase the safety of environments and protect queer bodies.