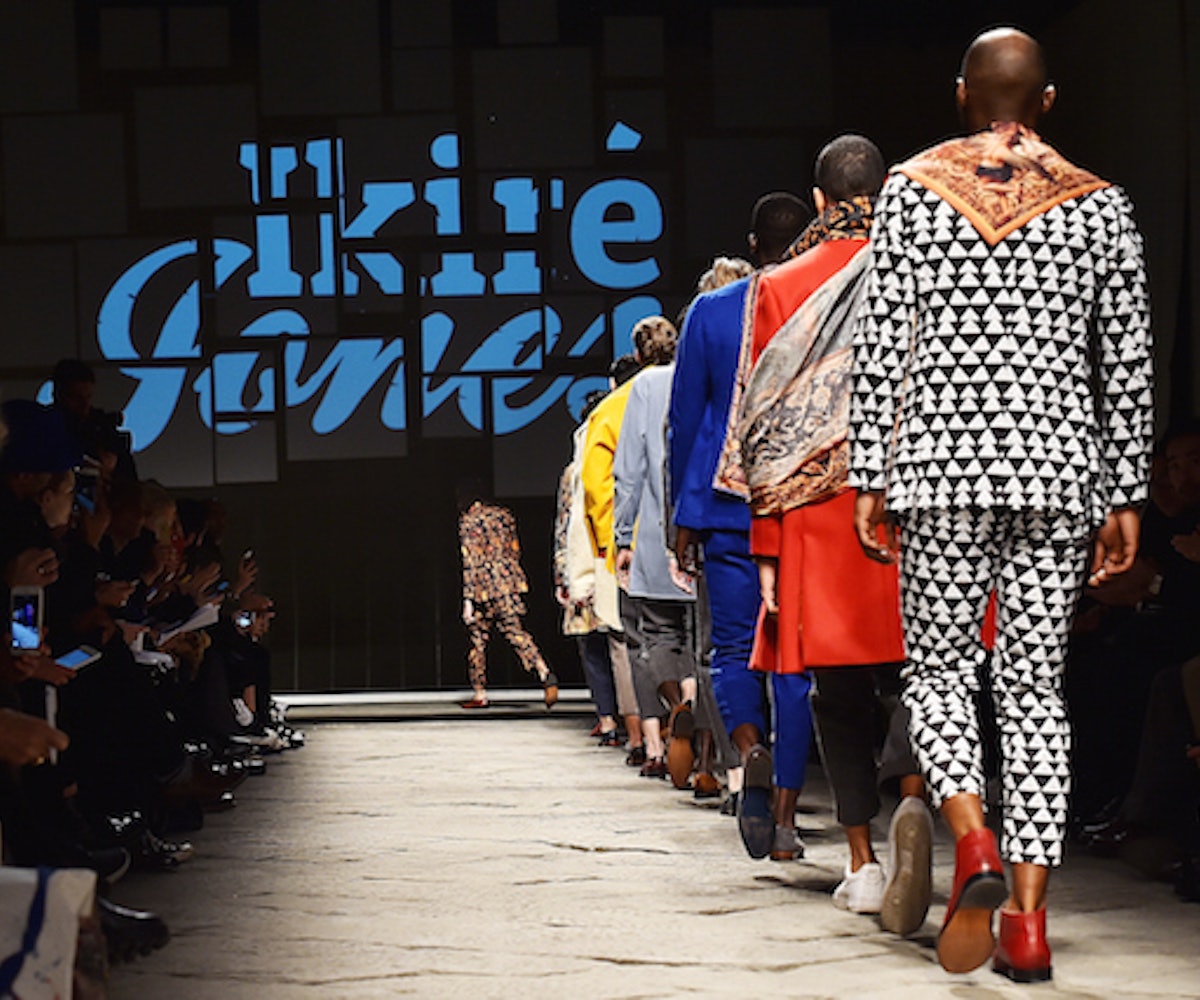 Fashion is fun. Fashion is great. Fashion is influential. Sometimes, though, fashion can be more than a bit regressive. Other times, however, it can be a catalyst for change and a wonderful bully pulpit for worthy causes.

One of those times was yesterday at the Pitti Uomo menswear Fashion Week in Florence, Italy. The multi-label fashion show Generation Africa went pretty far in spotlighting the often underrepresented and underappreciated designers and lines coming out of the Mother Continent, going above and beyond by tapping three African migrants—“refugees” to some—as catwalk models.

Organized in conjunction with the Ethical Fashion Initiative—the NFP that brings together labels and underprivileged African populations—the show featured looks by Lukhanyo Mdinigi x Nicholas Coutts, U.Mi-1, Ikiré Jones, and AKJP. The clothes themselves were worth attention—beautiful, arresting, and certainly not your usual catwalk fare. Of course, though, it’s those three models from Gambia and Mali that are drawing international attention, as should be the case. Note that, for legal reasons, those models walked unidentified.

In the last two years, what the media calls the “refugee crisis” has come to somewhat of a tipping point in Europe. Between those fleeing immediate danger in parts of Africa, the Middle East, and, in particular, Syria, Western Europe has been inundated with displaced persons in need of help, and, more to the point, employment. Generally, the reception to these migrants has been cautious to downright hostile. Nations including Germany, France, and, yes, Italy, have seen huge upswings in various forms of Nationalism and Nativism—some of it fatally violent.

While the appearance of three models in a group show presenting menswear for rich people isn’t a massive step forward in addressing the issue, it is a good example of privilege being used for progressive causes instead of regressive policies. As one participating designer said, “If I take an asylum-seeker and put them in a suit, people perceive them in a certain way, which hopefully allows them to think of them as an equal human being, not as someone’s less than them.” See? Small but worthy steps.

Read up on the entirety of the associated project, which includes the funding and creation of workshops and outreach initiatives for displaced people here.