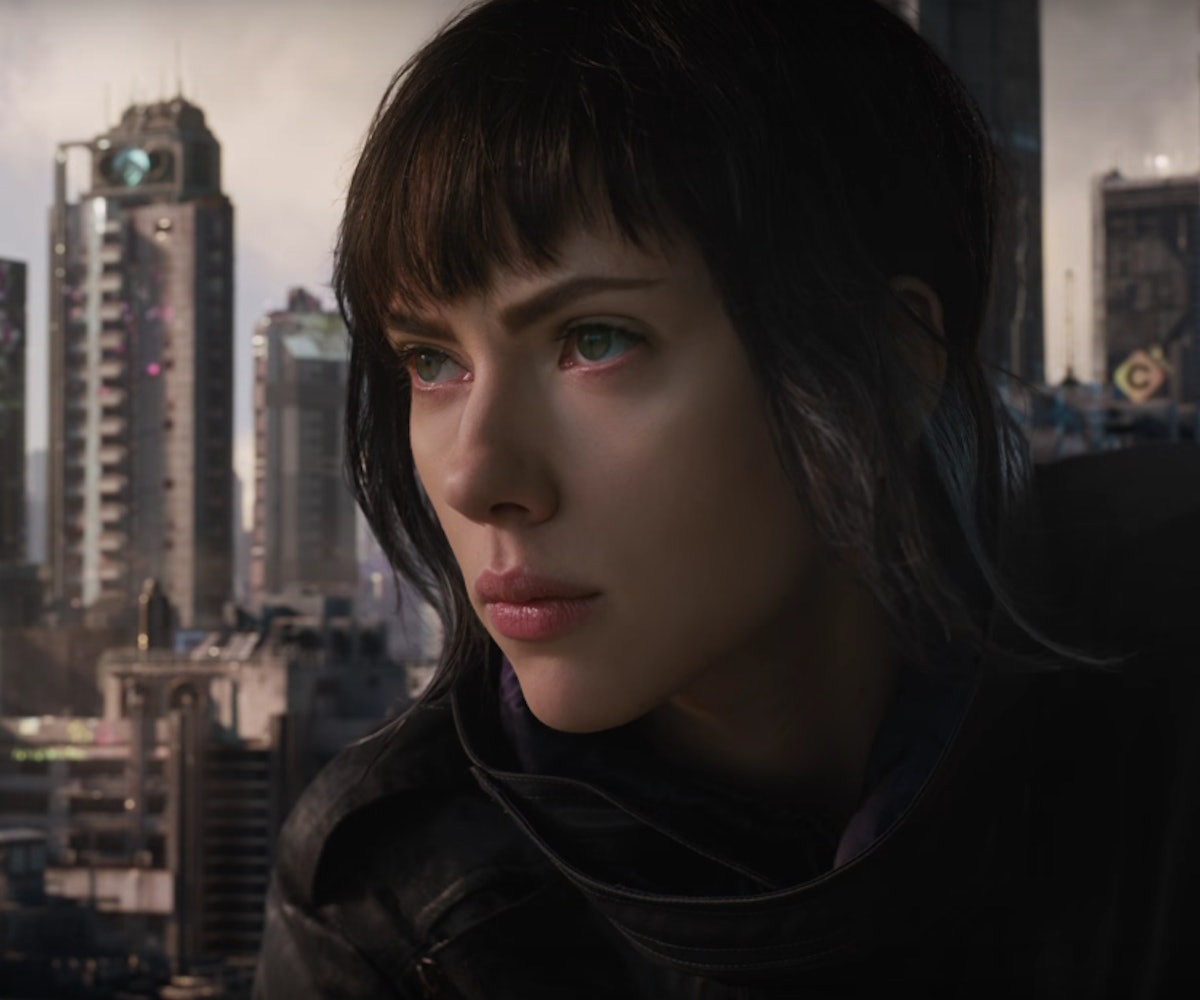 Until now, the trailers for Ghost in the Shell have been purposely mysterious, withholding way more than they showed. We know that Scarlett Johansson plays a cyborg named Major, who casually leaps off buildings in nude bodysuits and dispenses of bad guys in slow motion. But this morning, Paramount blew it all up by dropping the movie’s full trailer, which explicates the plot in detail and, as trailers tend to do these days, shows us a lot more than they probably should. If you’d like to see Ghost in the Shell fresh, then maybe skip this one.

The biggest reveal is our first look at the movie’s main villain, the shadowy hacker known as The Laughing Man. Until now we only heard him in voice-over, but here, we get our first look at him, and if you look hard enough, you’ll see that it’s actually Michael Pitt underneath all that makeup. We learn here that instead of just killing his victims, he hacks into their minds (why still remains a mystery). We also learn that like her, he’s also a cyborg and that they were likely created by the same people. So yeah, spoiler alert. Watch the full trailer, above, and catch Ghost in the Shell in theaters on March 31.

NEXT UP
Culture
Phoebe Dynevor Will Not Return for Bridgerton Season 3
Entertainment
Ebony Riley's "Deuce Deuce" & 9 Other New Songs Out This Week
Entertainment
Beyoncé Is Now The Most Awarded Artist In Grammy History
Entertainment
Harry Styles' "As It Was" Grammy Performance Featured A Silver Tinsel Onesie
Style + Culture, delivered straight to your inbox.