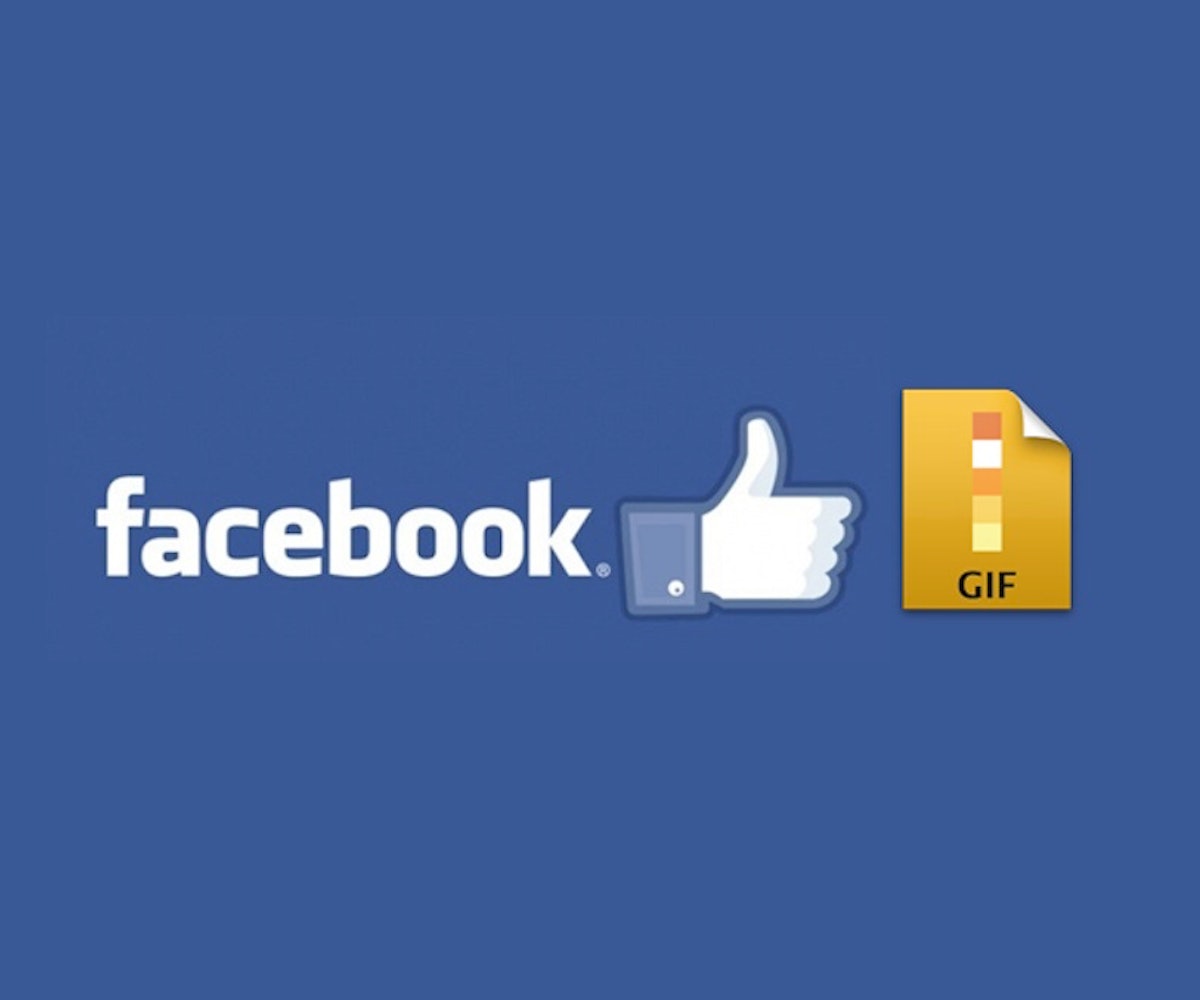 Photo Courtesy of galvintan.com
by meredith alloway
May 30, 2015

When you can’t find words to communicate your deepest inner thoughts, a GIF is the only cure (when emoji won't do, of course). Up until now, this hasn’t been an option on Facebook. We’ve all typed out that ridiculously long status about global warming or how one shouldn’t be broken up on a post-it—and wished we just had a GIF to say it all.

Apparently, now it’s possible. As of yesterday, Facebook released a statement to Tech Crunch that they will officially support animated GIFS on our news feeds. Praise be to the godess of social media. Back in 2013, Facebook introduced the ability for auto-playing videos but held strong about avoiding GIFs. They claimed it would make the site too cluttered with low-quality memes.

Looks like they changed their minds: The new feature will allow users to paste a link on their status update to a GIF-hosted site. Giphy, Imgur, Tumblr (and those Pinterest GIFs you bookmarked for a rainy day) are all compatible with the publishing capabilities.

But before you rush to blast GIFs of Drake at the spelling bee or Miley in an orange wig, there are still some kinks to be worked out. It looks like Facebook is rolling out the new feature slowly. According to Tech Crunch, the said “steps” to posting a GIF don’t work. Facebook may be restricting the feature to brands and personal profiles to start. Mashable reported that Gap partnered with Giphy to release the first brand post of a GIF to Facebook. It went up around 11 a.m. ET Thursday. It, of course, featured Rihanna.

In the meantime, load up on your favorite GIFs and get ready to blast your news feed with ridiculous second-long videos.